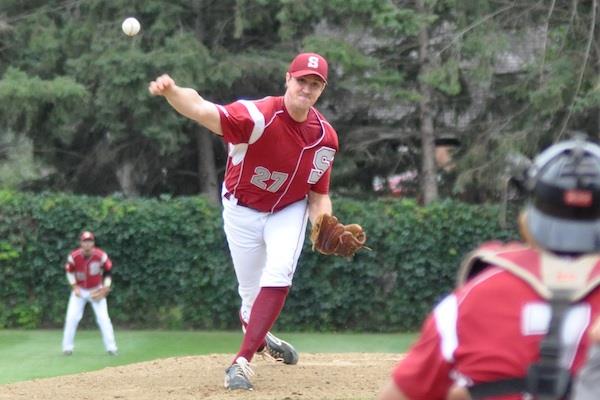 The 2015 MBA season is here and with that comes another season of rankings.

There may have been a few games already played this season, but for the majority of the Class B teams the season opener is still ahead of them. Therefore, we'll go ahead and call this week's rankings the preseason version.

This year's Class B ranking committee includes some familiar faces. Eric Kraushar, Matt Marek, Aaron Olson and Jamie Heipel are back again to offer their insight on Class B teams to keep an eye on throughout the season. Expect the ranking committee to grow as the season progresses.

Here are what the pundits have to say for the preseason poll.

1. Cold Spring Springers - Team to beat until someone beats them

2. St. Cloud Beaudreau's - Second year in, expect the roster to be even better

3. Moorhead Brewers - Always one of the top teams in Class B

7. Elko Express - Another team with a big regular season; Can score a lot of runs

8. Mankato Twins - The Twins are back in town ... too much good baseball in area to not expect a revival

9. Chaska Cubs - Arms have tired in July and August. A few additions, including DI catcher

10. Champlin Logators - Another team on the rise; Doing a great job of building a program

3. Blaine – Getting Shane Bushland back will bolster the staff. Not sure if Alex Boxwell will be around a full summer, but if he is, look out.

4. Moorhead – Always solid, tough to envision them dropping off much.

5. Forest Lake – This lineup is a pitcher's worst nightmare.

6. Elko – Not as familiar with the Express. Will be interesting to see what college reinforcements will be around this summer.

8. Victoria – Expect them to make it past the first round of the tourney this year.

9. Shakopee – Always seem to be there in the end. Will Chaska find a way this year? I have a feeling the Indians will have somthing to say about that in 2015

10. Miesville – Ranked based on Judkins, Marks, Hammes and Kuzinar pickups

1. Blaine—got a pitcher back from Moorhead and added another stud

4. Moorhead—dropped down after losing pitcher to Blaine, but always good

5. Victoria—lost some young guys to Chanhassen

1. Cold Spring – Defending champs somehow get it done year in and year out . Until Femrite moves on they will always be in the hunt.

2. Victoria – Unbelievable hitting machine, continuously hear from others their over rated and have not won a game in State since their title 3 years ago. I think not and they are really good.

3. Blaine – The addition of Bushland from Moorhead gives already their deep pitching another shut down guy. Plenty of talent to make another deep run in State.

4. Moorhead – Never given enough credit, these guys are getting older but win games is all they do. Key loss I am sure will be replaced with another veteran that comes out of the woodwork.

5. Shakopee – Olson and the boys have had some tremendous runs, they still have plenty in the tank. Not big numbers but really quality team that perennially is outstanding.

6. Beaudreaus – I have no idea to be honest, maybe low, maybe high. Tremendous run after barely making it to State, let’s see how their season plays out. Play very little games during the season tough to gauge.

9. Forest Lake – No shut down pitcher proved costly in embarrassing loss at State last year. That will motivate them even more this year, these guys are really good and know how to play the game.

10. Coon Rapids – They don’t have success come State Tourney, this is not who they are. Good club every year, very solid program built with outstanding additions year in and year out. This might be the year they break through.