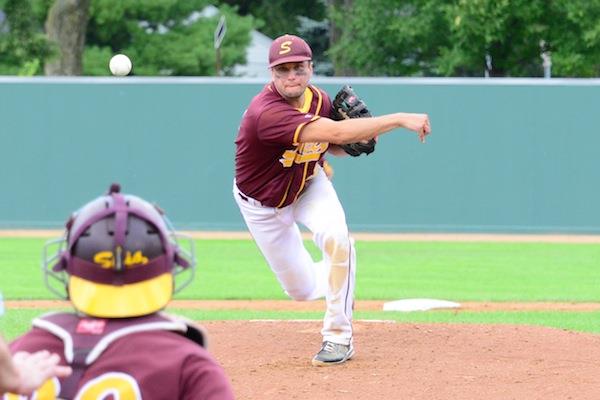 Class B preseason rankings were released Sunday so it’s only fair we now include the Class C preseason poll.

Back again to the ranking committee includes Andy Johnson of Stewartville-Racine, Jason Kuerschner of Cologne and myself. New to the committee is an individual well versed in the goings-on of amateur baseball, but is voting anonymously – at least for now.

Just as we’ve done is years past, each committee member votes for their top 10 with the No. 1 team receiving 10 points all the way down to one point for the No. 10 team. Those points are then added up for the overall rankings.

3. Green Isle Irish – Always a tough team and looking to add to the roster

4. New Ulm Brewers – Had a great run in the tourney last season

5. Faribault – Looking to build on the great tournament last season

6. Plato Blue Jays – Had a great season last year have added a pitcher to their good offense

9. Nisswa Lightening – Looking to keep up with the pace of the Victory League

1. Green Isle (34-6) - Team filled with solid current college players coupled with a spattering of vets proven in amateur baseball. Pitching rotation is rock solid with Martinson (Minnetonka/U of M), Alex Twenge (Minnetonka/UND), Gullickson (Holy Family/UW-Stout) and Mac Zachow. GI was considered by many to be a heavy favorite going into the final weekend, but Faribault's improbable late comeback snuffed out GI's season. Scary to think what this team could look like in August if it can win the region and select from plenty of draft-worthy options.

2. Maple Lake (29-4) - Ousted in the early-rounds of state two straight years. However, this team is way too good not to be back in contention. Was probably tough to swallow last year's defeat to Sobieski as the pieces were in place with the two big ML arms of Schmidt and Wurm, and the addition of Maple Plain draftee and former big leaguer Ben Hendrickson on the squad. Not going on a limb to say this team should put up another impressive record and still be around Labor Day Weekend.

3. Sartell Muskies (26-6) - Deminsky's health remains to be seen. There might not be another lineup as good as this one with a usually untouchable ace.

4. Sobieski (24-5) - In today's social media crazed world everyone knows about Sobieski and the Jendro story. A lot of teams will be gunning to knock off the champs. One point that is often overlooked is the importance of catcher Riley Hirsch. Loved watching his ability to completely eliminate opponent's running game.

5. New Ulm Brewers (27-8) - Playing in a usually weaker region that sends 3 teams to state should just about make New Ulm a lock to be state-bound once again. The addition of Mitch Kelly from Lake Crystal proved to be a major help for the Brewers.

6. Jordan (33-10) - Return all of last year's starting lineup. However, they continue to age as the starting lineup's average age has climbed to 35. Under new management in 2015.

7. Waconia (25-7) - Good collection of former Winona State and St. Thomas players. Being in a good region is a double-edged sword as they can add quality draftees, but are at risk to be upset come playoff time in such a deep region.

8. Winsted (24-7) - Winsted will stay in the 8 slot until one of two things happen. They drop because Tony Kley becomes beatable, or they climb because they find a second capable pitcher. It appears that the round of 8 will always be the challenge for Winsted who has shown they are a completely different team with Kley not on the mound. Noteworthy items: lost a middle of the order bat in Josh Anthony back to Watertown, and are under new management due to the retirement of Hammer Schultz.

10. Jackson (29-3) - Big bopper Pat Rients clubbed 31 homers last year (19 at SMSU and 12 more with the Bulls). Jackson caught a tough break last year as Rients was unable to make it to their first round 6-5 loss to St. Patrick. Jackson opened last season with a 22-0 record, curious to see what type of a record they are able to boast this year.

Plato (21-7) - Rumored to have added hard-throwing Cody Hallahan from Brownton. If true they would need to be considered for top 10 lists.  If not they are still plenty capable.

New Market (29-12) – A team that can throw out two tops-of-the-line pitchers. Nate Rost and Derek Bergstrom combined to go 21-5.

1. Green Isle Irish – The Irish have been known to make deep state tournament runs in recent years and I don’t see that changing this season. They are loaded with current college players, which give them a leg up when the town team season begins – while the majority of the rest of the roster is compiled of former college players. They also play a tough regular season schedule and know what it takes to win come August. Many town ball followers argue Green Isle should be a Class B team and a state tournament win could very well make that happen.

2. Jordan Brewers – Since moving from Class B to C three years ago, the Brewers have lost only one league game against Class C opponents and have made consecutive trips to the state semifinals. They are certainly not getting any younger, but I feel they have at least one more season to make a run at the title. Next season could be a different story, so the motivation is there.

3. Maple Lake Lakers – The Lakers have two solid starters in Schmidt and Wurm on the mound and their lineup is dangerous one-through-nine. Since winning the Class C championship three years ago, they’ve had a wealth of success in the regular season but the target on their backs at the state tournament has got the best of them. Maple Lake will be determined to win after a disappointing loss in the first round of state last season.

4. New Ulm Brewers – New Ulm has a bunch of veterans, including the Ranweilers, who know what it takes to win late in the season. The Brewers have some big bats in the lineup and a true ace in Mitch Kelly.

5. Sobieski Skis – You may wonder why the defending champs are not ranked No. 1, but I just don’t see another miracle run behind the arm of Tyler Jendro. Don’t get me wrong, Jendro’s performance at state last season was phenomenal, but I also feel it was a once-in-a-lifetime deal.

6. Sartell Muskies – The Muskies have a great lineup, but their ace pitcher Deminsky ended last season injured and we’ll have to wait and see how he rebounds this year.

7. New Market Muskies – These guys made a great run last year at state and it was obvious they were having fun doing it. The Muskies didn’t seem phased by the big stage and I think that will bode well for them again this year. Plus, they know how to hit the long ball and have a few arms on the mound to back it up.

8. Fergus Falls Hurricanes – In recent years I’ve pegged the Hurricanes as the best team from “up north,” and that holds true for this season, barring any major roster changes. They just seem to have trouble getting over the hump when it comes state tournament time and often rely on draftee pitching.

9. Nisswa Lightning – Any team that comes out of the Victory League to the state tournament has proven successful at the Fall Classic. With the lineup the Lightning boast, which includes sluggers Piepkorn and Roepke, they are plenty capable of making a run in August.

10. Jackson Bulls – Don’t forget about the Bulls all the way down by the Iowa border. They had an amazing regular season last year – led by Rients at the plate – but ran into a hot St. Patrick team at state. Look for Jackson to make a statement this year.