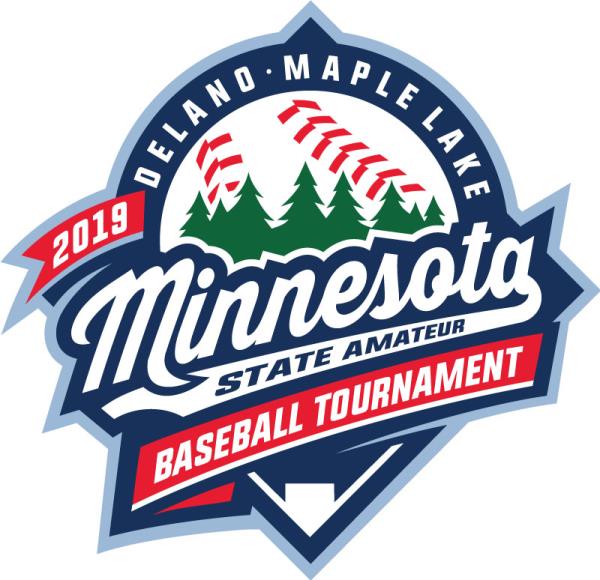 What started as a hitless pitching duel became a slug fest when Jordan powered past Bird Island.

They played to a hitless tie through the first three innings. Neither team committed an error during that stretch, too. It all changed in the fourth.

Jordan scored on a steal at home and an RBI single in the bottom of the fifth inning to take a 3-1 lead. Catcher Kyle Hvidsten stole home while Bird Island committed an error. Kalal followed up with an RBI single to score third baseman Alex Beckman.

Bird Island crept back with bases loaded in the top of the sixth inning, putting a run across. Peppel hit a sacrifice fly to bring left fielder Logan Swann home.

The mid-game hitting explosion continued in the bottom of the inning as Jordan loaded the bases. Bird Island avoided a score when catcher James Woelfel made a tag at home plate.

The Bullfrogs couldn’t hold back the floodgates forever as Hvidsten hit an RBI single, and the Bullfrogs committed an error, leading to another run. Hvidsten scored left fielder Scott Hollingsworth, and pitcher Nate Beckman scored on the error. First baseman Jake Lucas later scored on an error to make it 6-2 Brewers.

Bird Island got a couple of runners on base in the top of the seventh inning, but couldn’t get any runs out of it. Jordan kept putting runners on in the bottom of the seventh, but the Bullfrogs curtailed the Brewers’ efforts with a tag at third base and catching pop fly to end the inning.

Jordan put more base runners in scoring position in the bottom of the eighth, getting into double figures for hitting. Alex Beckman and Kalal hit RBI singles to stretch the lead to 8-3. Hollingsworth added to the lead, 10-3, with an two-RBI double.

Bird Island center fielder Trent Athmann scored on an error in the top of the ninth, but the Bullfrogs couldn’t come any closer. Jordan will play Fergus Falls 11 a.m. Aug. 31 in Delano.

Brian Buening became the hero for Sauk Centre in less than an inning to lift his team past Sartell 1-0.

Buening darted home from third base in the top of the ninth inning for the game’s lone run on a passed ball. He went 2-for-4 in the game, accounting for a third of his team’s hits. No other player in the game reached third base.

Buening also earned the save when he took over on the mound pitching in place of starter Blake Stockert, a draftee from Alexandria. Buening struck out his first batter, and earned the next two outs on groundouts as the Titans survived a pitching duel.

The Titans will play Hutchinson 5 p.m. Aug. 30 in Delano.

Farming struck twice in the bottom of the first inning, getting all the runs it needed in a 2-1 win over Cold Spring.

Ethan Navratil got the scoring going with an RBI single. The Flames then loaded the bases and added another run when Tylor Schroeder drove in a run.

Cold Spring made a pitching change in the second inning with draftee Michael Revening of Monticello. He kept the Rockies in the game during his 5 1/3 innings of pitching with no earned runs and six hits allowed.

Brandon Gill gave Cold Spring its first scoring chance with a deep shot to left field in the top of the fourth inning, but Flames left fielder Nick Mergen denied him with a catch. The Rockies mustered three hits through the first four innings.

Cold Spring got two base runners on in the sixth inning, but its chances ended on double play by the Flames.

Farming’s bats clicked throughout with 12 hits. The Flames couldn’t get more than two runs across though. Cold Spring evaded the Flames having runners on the corners in the bottom of the fifth inning but closed out the inning with a double play.

David Jonas put the lone run across for Cold Spring in the eighth inning on a sacrifice fly. The Rockies then had the tying run on third base in the top of the ninth inning with two outs but couldn’t get the tying score.

The Hurricanes loaded the bases, and center fielder Alex Hensch hit a two-run single to give his team the lead, 2-1, which it would never relinquish. Third baseman Thomas Bosek made it 4-1 when he added another RBI double.

Prior Lake led 1-0 first in the top of the second inning on an RBI single by catcher Lucas Pumper. The Mudcats didn’t score again until the eighth inning when center fielder BJ Benz singled to send home second baseman Luke Weber.

Gaustad got in trouble during the top of the fifth with a walk and a hit by pitch, but the Mudcats couldn’t capitalize with those two runners on base. The Hurricanes pulled out of the jam with a double play on a grounder to third base and a throw to first base. Hurricanes first baseman Darin Stanislawski ended the inning when he dove for a loose ball to make a tag at first base on the following at-bat.

Fergus Falls kept the momentum going in the bottom of the fifth inning with a leadoff triple by Bosek. It led to a run when designated hitter Tosten Mann hit a sacrifice fly, which sent Bosek home for a 5-1 lead.

Fergus Falls tacked on a couple more runs in the eighth with a two-RBI double by Jake Anderson. The Hurricanes then made quick work of the Mudcats in the ninth as draftee pitcher Eric Hinnenkamp of Long Prairie earned the save.