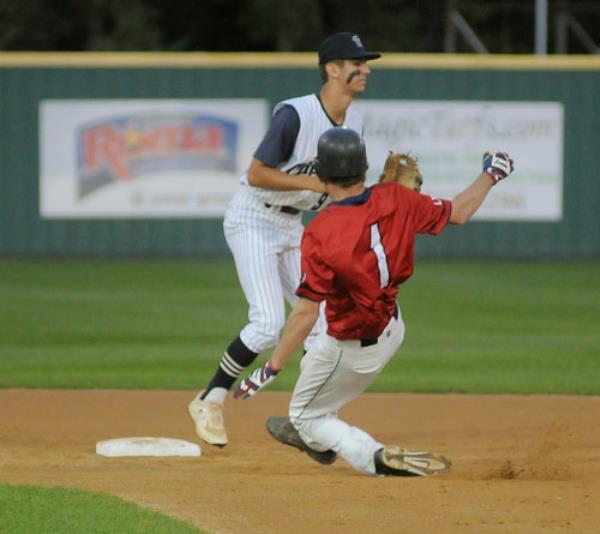 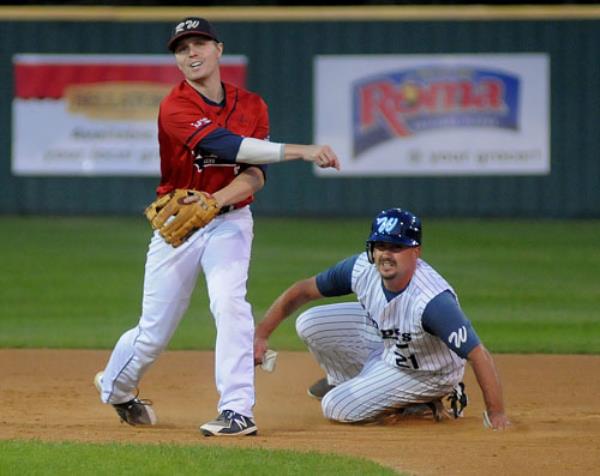 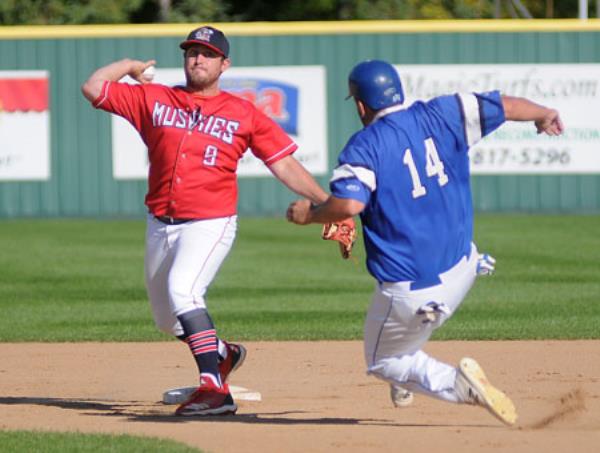 The Aces got to Geislinger for four runs on 11 hits in eight innings after Geislinger started the tournament with a one-hit, 19-strikeout performance against Stark and followed that with a three-hit, 11-strikeout game last weekend against Morris in a 3-1 come-from-behind win.

Red Wing got to Geislinger in the third inning for two runs as Dixon Irwin singled in a run and Corey Tauer brought in another one a ground out.

The Aces added to the lead in the fifth inning as Adam Thygesen and Irwin hit back-to-back singles. Brady Schroeder reached on an error to load the bases. Tauer grounded into a double play that prevented a run from scoring but Grant Rolen came through with a two-run, two-out single to expand the lead to 4-0.

Mitch Matter went 2-for-4 with a run while Adam Thygesen hit two singles and scored a run. Irwin finished with a pair of hits with an RBI while Kyle Blahnik also had three hits.

The Clippers got a chance to get back in the game in the top of the seventh inning when they loaded the bases behind a walk and back-to-back one-out singles from Kevin Kramer and Lincoln Haugen.

Keith Meyers, a draftee from Cannon Falls, come on in the high leverage situation and got Watkins’ No. 3 hitter Dan Berg to strike out looking before getting No. 4 hitter Brenden Ashton to ground out to second base.

Schroeder outdueled Geislinger on the mound as he went 6 1/3 innings and allowed X runs on seven hits. Schroeder struck out six and walked four to get the win. Meyers threw the final 2 ⅔ innings and did not allow a hit. Meyers struck out four of the eight hitters he faced.

Red Wing moves on to face New Market, which advanced Friday with a 16-0, seven-inning win over New London-Spicer in Maple Lake.

The first two innings didn’t look good for New Market and then the third inning hit and so did the Muskies. New Market sent 18 men to the plate in the third inning as the Muskies jumped out to a 13-0 lead against New London-Spicer that was never in doubt. New Market went on to complete a 16-0 seven-inning win to advance in the Class C state tournament at Maple Lake to face the winner of Red Wing-Watkins Sunday at 11 a.m. in Delano for a shot at the final four teams.

After getting set down in order the first two innings, Kyle Bergstrom ignited things for the Muskies wit a solo shot to right field that led to 12 more runs. Tony Vocca had an RBI double while Nate Rost drew a bases-loaded walk to drive in another run. Tyler Bergstrom doubled to score two more runs while Brett Herber had two RBI base hits in the inning. Vocca later added a three-run shot in the inning.

New Market finished with 15 hits while the Twins had 10 in the loss.