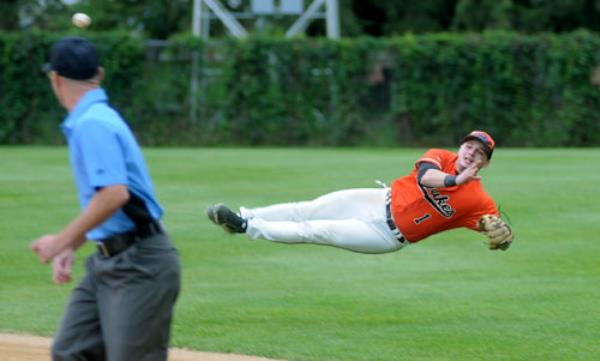 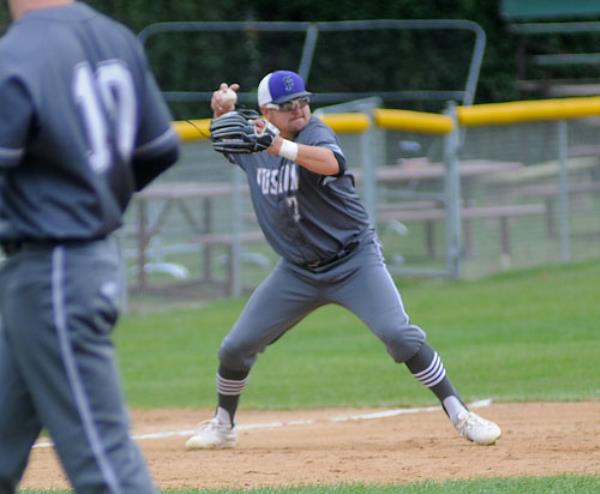 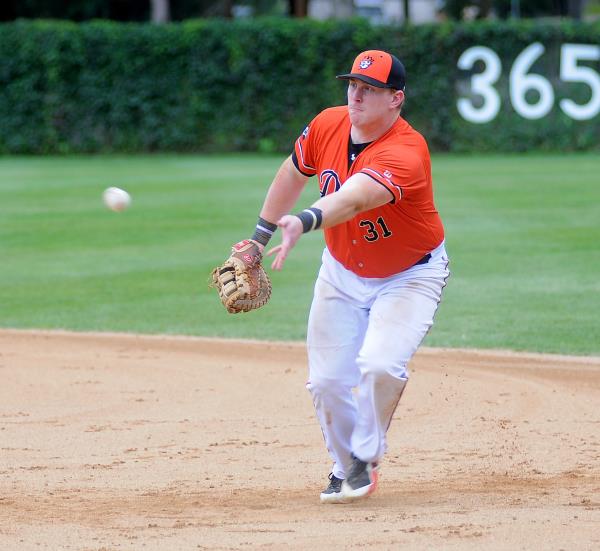 Class B roundup at Delano: Chanhassen and Dundas to meet for title
Posted on Sep 02, 2019

Chanhassen had struggled to hit with runners in scoring position but Sunday against Blaine in an elimination game at Delano, the Red Birds did have to worry about it as much in a 9-0 win to advance to the Class B championship game.

The Red Birds got a solo home run to left field from Mike Jurgella in the first inning and scored four runs on one hit in the fifth inning to take a 5-0 lead. Chanhassen had not scored more than two runs in any of its five previous state tournament games.

Brandon Arnold reached on an error to open the fifth and the Fusion issued four consecutive walks to score two runs. Garrett Fischer drew a bases-loaded walk to score Arnold while Riley Johnson and Justin Anderson followed with RBI walks. Derek Smith reached on a fielder’s choice as Blaine recorded a force out at home. Aaron Kloeppner brought in another run on a fielder’s choice.

The Red Birds tacked on two runs in the eighth after Arnold hit a lead-off double and scored on Nick Smith’s single to right field. Garrett Fischer crossed the plate when the Fusion committed an error on a fly ball to center field to make it 7-0.

Chanhassen got two more runs in the top of the ninth after Derek Smith and Aaron Kloeppner hit back-to-back singles to start the inning. Smith advanced to third on Kloeppner’s single and Kloeppner went to second on the throw to third. Ryan Diers grounded out to score Smith and Arnold hit a sacrifice fly to score Kloeppner.

Jurgella and Arnold each finished 2-for-6 while Nick Smith went 3-for-3. Derek Smith also had two hits for the Red Birds.

Blaine walked nine hitters and danced out of trouble the first five innings, throwing a runner out at the plate in the third inning and working around a pair of walks in the second and fourth innings.

The Fusion defeated the Red Birds Friday 6-1 as they got Chanhassen ace John Straka for six runs on 10 hits in 5 ⅔ innings.

Chris Choles limited the Fusion to four base runners in a two-hit shutout. He struck out seven and walked one.

Chanhassen won twice last year on Labor Day against Miesville to claim the state title, the Red Birds will have to do it again this year but against Dundas, which defeated Blaine 5-4 earlier Sunday to advance to the title game.

It got interesting in the bottom of the ninth inning but Dundas held on for a 5-4 win over Blaine Sunday in Delano to advance to the Class B state championship game Monday in Maple Lake.

The Fusion got three runs in the bottom of the ninth and runners on first and second with two outs before Todd Mathison got Matt Mossey to line out to second base to end the game.

Mathison held on for the win after throwing all nine innings. He gave up 14 hits, walked one and struck out seven but he walked a tight rope the final two innings. Blaine got its first run in the bottom of the eighth when Mossey singled to score Mike Gottschalk, who reached on a one-out bunt single.

The Fusion started the ninth with three straight base hits to load the bases. A ground ball to second looked like a double play but the throw from short sailed to first base and allowed two runs to score to make it a 5-4 game. Marcus Riewer drew a walk to keep the game going before Mossey lined out to end the game.

Mathison had relatively little trouble save for the fifth inning when he danced out of a bases-loaded jam with nobody out. He struck out the Nos. 8-9 hitters before getting a ground ball to get out of that inning. Blaine left eight runners on base in the game.

Dundas will return to the title game for the first time since 2015 when it won the title. The Dukes will get two cracks at winning their sixth title Monday against the winner of Blaine-Chanhassen.

Dundas returns to the title game behind the efforts of a couple of Jones and Patrick Wadzinski. Tyler Jones drove in a pair of runs and Carson Jones scored three times. Wadzinski singled in the fifth inning to score two runs and make it a 4-0 game.

The Dukes added an important insurance run in the top of the ninth when Carson Jones doubled and scored on a single from Jon Bishop. Carson Jones finished 3-for-5 for Dundas, which had 10 hits for the game. Tyler Jones went 2-for-4 and Bishop finished 2-for-4.