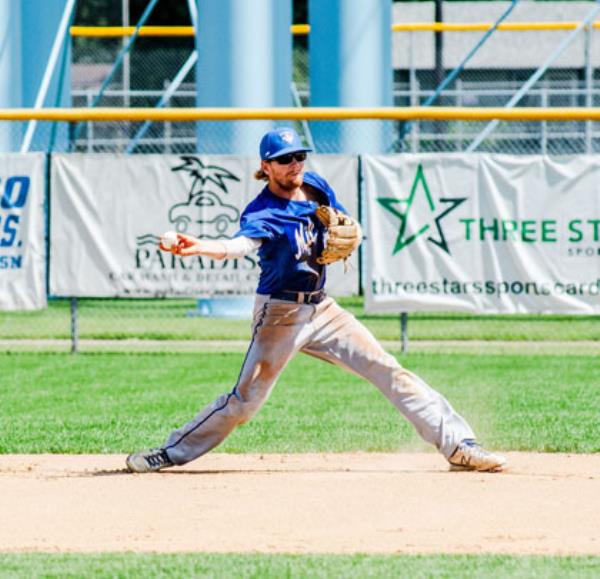 Class A rankings: Surpises abound in poll
Posted on Jul 16, 2020

A returning state champion should start out the season as the No. 1-ranked team, right? Our Class A pollsters thought otherwise based on Minnetonka’s start and put the Millers at No. 1.

The Minneapolis Cobras, who defeated Minnetonka in the Class A title game, come in ranked No. 2.

The always tough St. Paul Capitals captured the No. 5 spot while St. Anthony ranks No. 6. Stockmen’s Irish enter at No. 7 in the poll and the Metro Knights, who made a deep run at last year’s state tournament, rank No. 8. The Minneapolis Angels garnered the No. 9 spot and the Rosetown A’s closed out the top 10 at No. 10.

1. Minneapolis Cobras — Not resting on their defending state champ laurels, the snakes have reloaded with even more big-name talent. If they’re not careful, they may get booted from the PNASH, a la St Thomas and the MIAC.

2. Minnetonka — The New York Yankees of Class A never get worse. Getting clipped by Coon Rapids will only make them tougher.

4. Lyon’s Pub Warriors — Lost a tight one to the Cobras, but Schildgen's crew is off to the races already this season, including a tourney win at Hinkley.

5. Minneapolis Angels — How their geriatric catching corp handles that incredible pitching staff defies modern kinesiology, but they make it all work. Water from the fountain of youth should be banned as a controlled substance by MBA.

6. Metro Knights — Meehan’s lads were the Cinderella of the 2019 state tourney, and are showing more signs of poise this season. A rising threat, me thinks.

7. St. Anthony Hogs — Despite the early exit from the ’19 tourney, the Hogs are a consistently good team, and one of the true ‘town teams’ of class A.  Expect a deep run in the COVID-sponsored state tourney next month.

1. St. Louis Park — You never really know which collection of guys will show up but, if they have their entire team at the field, good luck. They've added some really good young talent on the mound, behind the dish, and up the middle to go along with their lineup of guys that have been sending balls over fences since 'Nam. The 2018 championship dulled their drive in 2019 a bit but I wouldn't be surprised to see them on top again.

2. Minnetonka — Could easily be No. 1 but getting 10 runned at your own park ... Never thought Hoy would let that happen. 12-1 record with noteworthy wins against Forest Lake, Rosetown, Tri-City, Lyon’s Pub, and the St. Paul Mudhens. Top to bottom their order can produce runs quickly and their arms seem to never run out. The rest of Class A has to be pleased we only have to beat them once in August.

3. Stockmen's Irish — Really good core group of guys. Tons of top-end arms and a lineup that has Brodie Paulson in the heart of the order is a good combo. Pretty sure he's left the yard like five times in three games this year. Skyline League always fears this team at the end of the year and at some point it seems like this core should make another run for Stockmen's.

5. Minneapolis Cobras — Probably the best 1-9 in Class A. Sean Borman is a stud and they have three center fielders in their outfield. If the pitching comes to play and their bats get hot at the right time again, could easily repeat. Also, having Matt Germar in your dugout is always an advantage.

6. Lyon's Pub — This team knows how to play baseball. They hit, field, and pitch and always seem to be in striking distance. They only have one game recorded online and their Twitter feed is too busy to go back through but I know they're good and will be again this year.

7. St. Paul Capitals — No online record of any games but I'm going off of historical knowledge here.

8. Rosetown A's — Rumor has it they've added some young arms to pair with Graig Weber. If their lineup can produce, I think they could shock someone in August.

9. Metro Knights — Another team that if their core guys are there, is really tough to beat. Not positive if Gaworski and Keanu are back on the mound for them this summer but Lance Kilde already has a nine-inning no hitter. If strikes are thrown and errors are avoided, they could build off the momentum from their 2019 state tournament run.

10. Hamel Hawks — I hadn't seen this team play until the single-elimination round of State last year so I don't know much about them. But I do know Sam Westermeyer will be one of the top arms in the MIAC next spring. They played Stockmen's 0-0 through six innings early this season but let it slip away late. Really strong group of young ball players that, if they stay together, could be towards the top of this list at some point.

7. Stockmen’s Irish — Expect them to bounce back in 2020 and be dangerous again.

9. Rosetown A’s — Veteran team that can beat anyone.

10. Minneapolis Angels — My pick for the No. 3 seed in the strong Park National league.