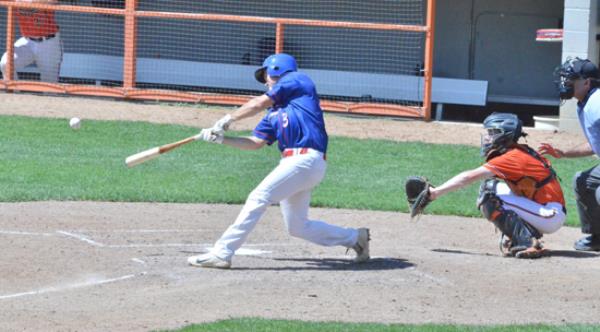 Class B rankings: Elko rises up after strong playoff showing
Posted on Aug 19, 2020

As we head into the state tournament there's not a lot of surprise who's at the top of the Class B rankings. Chanhassen hasn't lost since the first game of the year and the Moorhead Brewers have played an ambitious schedule with a lot of wins along the way. The Red Birds retain the No. 1 ranking while the Brewers sit at No. 2 in the final poll of the season.

Elko turned some heads by coming out of Section 1 as the top seed and the Express grabbed the No. 3 ranking. Blaine, despite getting upset in the Section 4 playoffs, will share the No. 4 spot with Dundas, which knocked off Miesville in the Section 1 playoffs.

Miesville, despite coming into the tournament as a No. 4 seed, still ranks at No. 6. Just behind the Mudhens is Coon Rapids at No. 7.

Chaska held down the No. 8 spot while Northfield ranked No. 9 and Victoria ranks No. 10.

1. Chanhassen Red Birds — The machine keeps rolling. 16-1 and showing no signs of stopping.

2. Moorhead Brewers — Played one of the more ambitions schedules in the state, as they normally do. 20 of 28 wins have been by five runs or more.

3. Blaine Fusion — Getting Alex Boxwell back will lengthen an already deep lineup. Signature win over the Minneapolis Cobras highlights their 20-6-1 record.

4. Elko Express — We were probably sleeping on Elko a bit this year, but being the No. 1 seed in Section 1 certainly deserves notice. They seem to be getting hot at the right time, winning eight of their last nine.

5. Dundas Dukes — It wasn’t that long ago that Dundas was under .500, but a sweep of Miesville in their first round series has them back at state.

6. Miesville Mudhens — Who would’ve thunk the Mudhens would ever be in the three-team playback for the final spot in their section?

7. Victoria Vics — A talented pitching staff leads the Vics back for their second straight state appearance.

8. Coon Rapids Redbirds — Wins over the Minnetonka Millers and Minneapolis Cobras highlight a fine 17-7 campaign for the Birds. Several nice additions to the roster to boost the lineup (Ryan Nickel, Ross Indlecoffer).

9. Chaska Cubs — Veteran team that has already punched its ticket to state along with Chanhassen and Prior Lake.

10. Champlin Park LoGators — OK, I’ll bite. Wins over Blaine, Coon Rapids, a sweep of Forest Lake, and a comeback win over Cold Spring highlight the 2020 slate. That goes along with a 21-9 record and the best overall player in Class B in Sam Riola.

2. Blaine Fusion — Leader of the pack in rapidly improving Section 4.

3. Moorhead Brewers — 28 wins in 32 games. If they get the pitching, could it be the Brewers year?

4. Elko Express — Battle-tested out of Section 1.

6. Miesville Mudhens — Still need a win on Sunday to advance to state.

7. East Grand Forks — Where was I when EGF was added in Class B? Outscored Sobieski 31-1 last weekend.

1. Chanhassen Red Birds — Two-time defending champs keep adding more pieces and keep the wins rolling after dropping their opening game of the season. They are primed to grab the top seed out of Section 3B and move on to the state tourney.

2. Moorhead Brewers — They were able to get plenty of games in throughout the season while other Minnesota amateur teams were held back until mid-June. Normal season has them traveling all across Minnesota but were able to host teams this summer. Winners of 13 straight heading to seeding play in Section 2B this weekend in Fargo.

3. Blaine Fusion — Fusion have been playing another challenging schedule this year and reached the 20-win mark to no surprise. Section 4B playoffs begin this week with the Fusion favored to nail down the top seed. They will look to make another deep run in the state tournament with their talented roster and challenge the Red Birds for the title.

4. Elko Express — The Express took care of business in the Section 1B playoffs dispatching New Market in two games to earn the top seed in the toughest section in the state. Look for them to continue their fine season and make some noise in the state tournament.

5. Dundas Dukes — A series sweep of rival Miesville earned the Dukes a spot in the state tourney.

6. Coon Rapids Redbirds — After another impressive regular season the Redbirds will have to go through Centennial to earn their way to the state tournament.

7. Chaska Cubs — The Cubs are already in but can take the top seed in Section 3B with a couple wins over Chanhassen.

8. Cold Spring Springers — Perennial Class B contenders punched their ticket to the tourney last weekend with a sweep of the Moorhead Mudcats. The Springers are in the mix this weekend to lay claim to any of the top three seeds in Section 2B.

9. Miesville Mudhens — The Mudhens fell to Dundas but can still get in the tournament with a win in the Redemption Round in Section 1B on Sunday when they face the winner of New Market/Rochester.

10. (tie) East Grand Forks Mass — They won't spill the beans on what "Mass" refers to in their team name but these guys have been swinging the bats strong in their first season.  They qualified for state last Friday with a couple of convincing wins over Sobieski and are still in play this weekend for any of the top three seeds in Section 2B.

10.  (tie)  Champlin LoGators — The Logators have put together a great season with passing the 20-win mark. They will need to keep that going as they face off with rival Forest Lake in Section 4B playoffs. A couple of wins and they are in the state tournament again.

2. Moorhead Brewers — 28 wins on the year and a commanding sweep in the Section 2B playoffs.

4. Dundas Dukes — Impressive sweep of Miesville to advance from Section 1B playoffs.

9. Victoria Vics — The Vics have become a familiar face at the state tournament in recent years.

10. Miesville Mudhens — No. 4 seed out of Section 1B. Top-seeded opponents won't be excited for this first-round matchup.