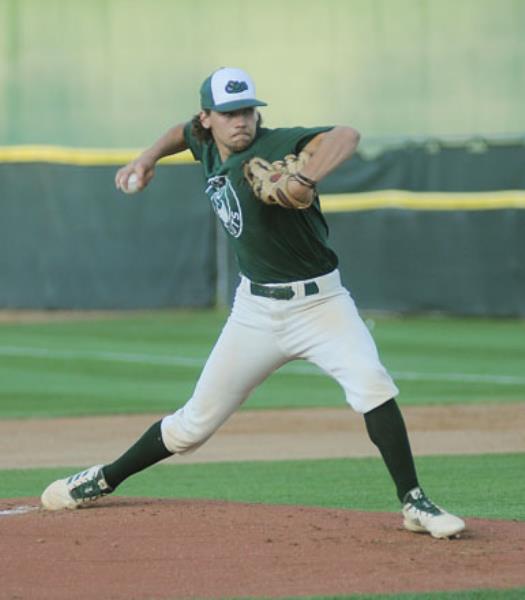 Class B prognosticators take a crack at the Class B bracket
Posted on Aug 21, 2020

The Favorite: How can the 2020 favorite be anybody other than the Chanhassen Red Birds? The Red Birds are are the consensus No. 1 team in Class B and two-time defending state champions. Chanhassen's lineup has a couple of new regulars, but there's no shortage of tournament pedigree at the plate or on the mound.

The Dark Horse: After a near-upset of Chanhassen in the first round last year, I think the Champlin LoGators are poised for a deep run in 2020. Don't be shocked if Sam Riola continues to dominate on both sides of the ball and Champlin's still playing in three weeks! If Cold Spring has their full lineup, I see them making a deep run as well.

The Upset: Miesville over Coon Rapids, the Mudhens are likely eager to show they're no No. 4 seed. Also, expect the Moorhead Mudcats to battle with Elko in their second consecutive trip to state.

The Favorite: Winning back-to-back state championships, playing in the state final for three straight years, Chanhassen is certainly the team to beat especially when their lone loss was a rain-shortened defeat in the opening weeks. The Red Birds have an ace in 2019 MVP John Straka, but it could be a host of others including Thomas Thompson, Brandt Thompson (not related), and  Miles Nablo that will need to win games later in the second and third weekends for a third title. Chanhassen's bats were quiet in the 2019 state tournament. After an up-and-down last four weeks, if they explode the next three weeks, no one beats them.

The Dark Horse: If Victoria can get the bats going, they have the depth to keep playing deep into the state tournament. Champlin showed extremely well in the 2019 state opener, losing to Chanhassen 1-0 in 10 innings. Whomever wins that game could certainly push through and face Chanhassen potentially in round three.

The Upset: Section 1 had Dundas as a No. 5 seed. They were state runners-up last year. Miesville, state champions in 2017, finalists in 2018, are obviously a tough No. 4 seed for Coon Rapids. Both of those teams could be playing the final weekend.

The Favorite: Favorite(s). Moorhead and Chanhassen have been fat and away the best two teams all year. However, I think it might be Moorhead’s time to finally break through.

The Dark Horse: Elko has always been overlooked a bit due to playing a mostly C league schedule in the DRS, and they didn’t get the love in the polls until this past week. Earning the No. 1 seed in that section is no joke.

The Upset: Bias alert, I am from East Grand Forks and played my first three years of town ball for the now defunct Heaters. The current iteration of EGF townball features a solid lineup that can swing the sticks. We always played with a chip on our shoulders and no doubt this squad will, too.

The Favorite: Not sure what the Vegas line is but gotta be Chanhassen.  Two-time defending champs had to take the longer road last year but had the pitching and enough offense to complete the journey after losing to Blaine in the third round.  This year they appear to have even more pitching and offense.

The Darkhorse: Hard to call a No. 1 seed a darkhorse but Coon Rapids hasn't won a state tournament game since 2015.  Getting past Miesville will be no easy task but the Redbirds have had a fine year and are looking to break through in Shakopee.

The Upset: The young Moorhead Mudcats made their first state tournament appearance last year and gave Miesville a good fight.  Can they take the next step and knock off the Elko Express?