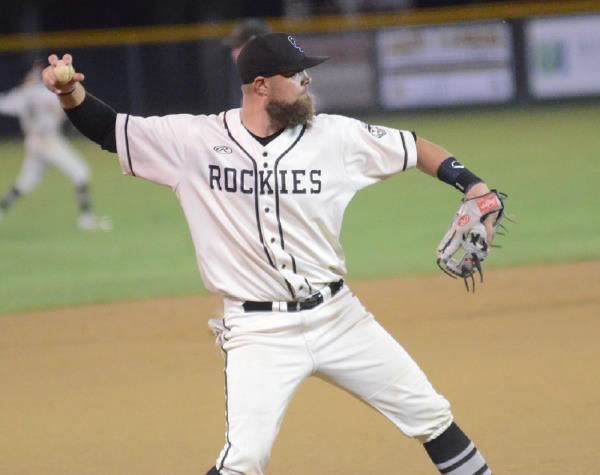 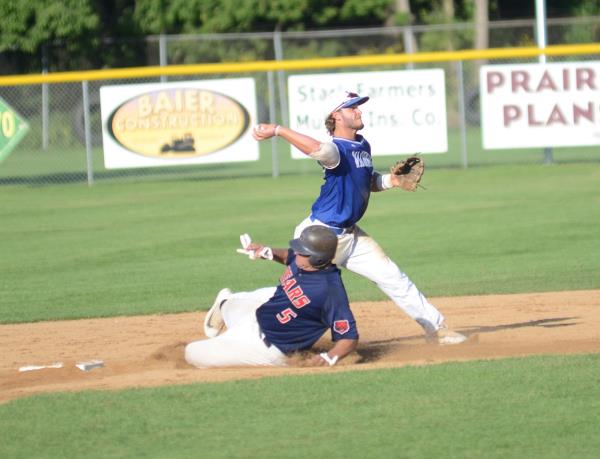 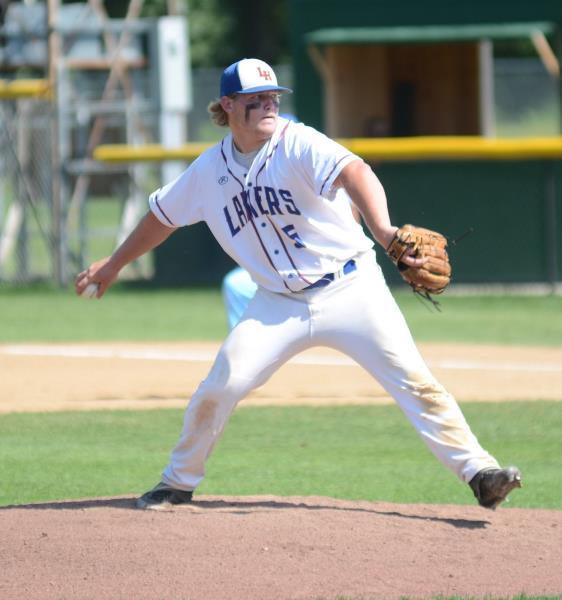 Class C Saturday roundup at Springfield: Cold Spring goes from cold to hot in win over Starbuck
Posted on Aug 22, 2020

Cold Spring was in a cold spell. That is, until David Jonas stepped to the plate.

His two-run double ended a scoreless game in the sixth inning and ignited the Cold Spring Rockies in a 12-1 win in eight innings against the Starbuck Stars Saturday in Springfield.

VerSteeg exited after six innings with three runs (all earned) allowed on six hits with seven strikeouts. Hennen went the distance, allowing six hits and one earned run while striking out 13..

A fortunate hop on a chopper to second gave Austin Dufner a RBI single to push the Rockies’ lead to 3-0 in the top of the sixth.

The Rockies began to put the game away in the seventh with five runs. A combination of opportune hits and Stars miscues contributed to the rally.

Starbuck committed five errors to Cold Spring’s one on the night.

In the eighth, Tyler Geislinger hit a solo home run deep to right center field and Dufner crushed a three-run double to push Cold Spring ahead by double digits to enact the 10-run mercy rule.

Dufner finished with a game high 3 hits and 4 RBI.

The Stars were led at the plate by 2-for-3 efforts from Mike Kragenbring and Jackson Hendrickson.

Waconia led from wire to wire in its state tournament opening win.

The Waconia Wildcats scored two runs in the first inning and kept adding to it in an 8-0 win over the Cannon Falls Bears Saturday night in Springfield.

Kodey Simon pitched a gem, going 9 innings, allowing 8 hits and striking out three with just one walk. He skirted a bases loaded threat in Cannon Falls’ best opportunity in the fourth inning.

Cannon Falls hung around down 3-0 and was outhitting Waconia midway through the game. The Lakers’ offense found another burst with two runs in the seventh and three in the eighth. Brock Peterson and Chris Burr led the Bears’ offensive attack with two hits each.

Justin Schultz went 3-for-5 with four runs scored and a RBI for the Lakers. Derek Martin and AJ Friedrich added two hits with Friedrich driving in two runs.

Keith Meyers took the loss on the mound, allowing three runs (all earned) on five hits and a walk with a strikeout.

With Waconia’s first state tournament win in four years, it advances to face the Fairmont Martins 7:30 p.m. Friday in Milroy.

The role of a pitcher at the plate is diminishing in professional baseball, but it’s still alive and well at the amateur level.

Grant Ludwig hit a two-run single as part of a game high three hits and pitched 5 ⅔ innings to lead the Lake Henry Lakers to a 3-1 win over the Midway Snurdbirds Saturday afternoon in Springfield.

Lake Henry got on the board first in the top of the third on a Nick Dingmann single followed by Ludwig’s hit. That spelled the end for Midway starter Stetson Burkman.

Midway was seeking its first state tournament win since 2013 and inched closer with a Zach Etter RBI double in the fourth.

That was the last run of the game as both teams’ bullpens shined.

Facing its last out, Midway singled and walked twice to put the winning run on first base.

Vogt forced another ground ball to end the threat.

Midway loads the bases in the bottom of the 9th but Elrosa draftee gets out of the jam. Lake Henry wins 3-1 in Springfield. pic.twitter.com/wu0Zooau8O

The devil was in the details in Luverne’s win over Mora in Saturday’s Class C state amateur baseball tournament opener.

The Luverne Redbirds took advantage of some defensive miscues and added timely hits to beat the Mora Blue Devils 5-3 in Springfield.

The work was done early as Luverne built a 5-0 advantage through four innings. That included a three-run top of the second highlighted by a two-run Derek Lundgren double.

Brandan Alfson, a draftee from the Pipestone A’s, pitched seven innings of one-run ball for the win.

Tyler Reisdorfer closed out the final two innings on the mound for the Redbirds. He allowed two runs in the eighth and loaded the bases with one out. He got out of the inning with a pair of strikeouts.

Luverne’s Tyler Reisdorfer strikes out two in a row with bases loaded to end a Mora rally. Luverne’s lead cut in half though, 5-3, after 8 pic.twitter.com/D4HaD8LlXa

Mora brought the tying run to the plate in the ninth before Reisdorfer shut the door.

Graves settled in to throw a complete game with seven strikeouts and eight hits allowed. Luverne was held scoreless in the final five frames.

Luverne advances to the round of 32 for the second year in a row. It’s in for a battle of the birds to face the Young America Cardinals 2 p.m. Aug. 30 in Springfield.