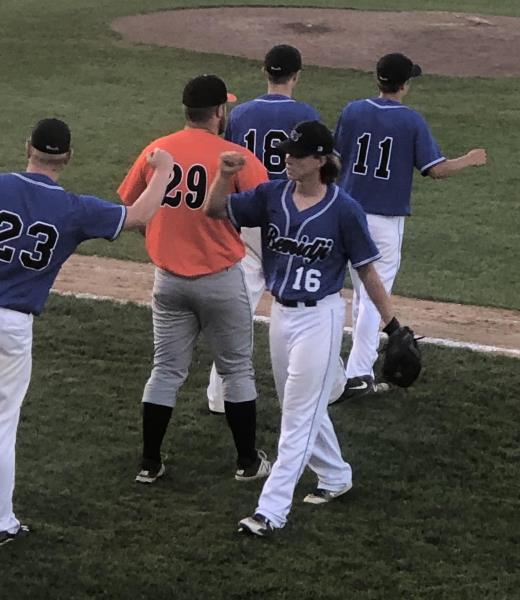 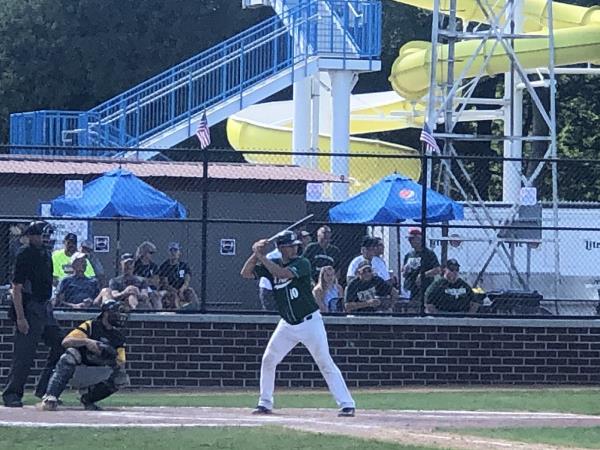 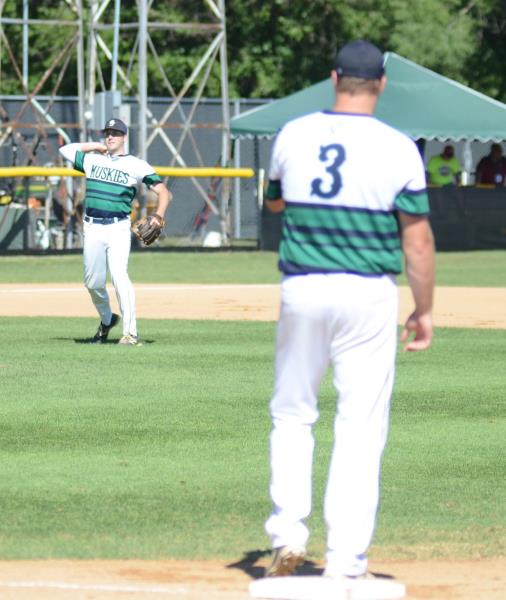 Class C Saturday roundup at Springfield: Isanti fends off up and coming Watertown
Posted on Aug 29, 2020

Baseball fans were seeing red in Saturday’s last game of the day.

The Isanti Redbirds hung on to beat the Watertown Red Devils 4-2.

Much of the offense came early on. Without an extra-base hit all game, Isanti scored first in the bottom of the first inning and added three in the third.

Watertown, making its first appearance at state since 2008, scored in the third. It got back within two in the seventh inning on an odd play in foul territory. A nice catch on a tough popup by Blaze Hogie sent him careening over the dugout fence, taking the ball out of play. Runners on first and third each moved up a base.

James Green tossed seven innings for the win. He allowed two earned runs on two hits with a walk and nine strikeouts. His successor, Ethan Smith, was even more efficient. His two innings were hitless and scoreless with one walk and two strikeouts.

Isanti advances to the round of 16 7:30 p.m. Friday in Milroy against Sunday morning’s winner of the Cold Spring Rockies and the Buckman Billygoats.

The Bemidji Blue Ox have one of the longest drives to get to the state tournament. They’ll be happy to make the four and a half hour trek again next weekend.

A big five-run third inning was key in the Blue Ox’s 6-3 win over the Maple Lake Lakers Saturday evening.

It didn’t appear that a complete game was in the cards early on for Bemidji starting pitcher Ethan Opsahl, a draftee from the Ada A’s.

Maple Lake was coming off a 15-run performance in its round one win over Alexandria and looked ready for another big day.

The Lakers took a 3-0 lead in the top of the second inning. They loaded the bases with nobody out.

Opsahl got out of jams throughout the day and did well to coax a double play up the middle that ceded a run. That didn’t kill the rally, though, as Luke Fobbe and Ben Reilley singled in a run each.

Just like Opsahl wants the second inning back, the same could be said of the third for Maple Lake starting pitcher Nick Preisinger.

The Blue Ox did all their damage starting with one out. After two singles, Preisinger got another out before the floodgates opened.

Otto Grim blasted a triple to deep left to score two. Turner Grim singled Grim in. Grim came around after a Collin Rutledge single and subsequent throwing error from the outfield. Caleb Manacke closed the big inning with a RBI single.

It was all zeroes from there until Bemidji tacked an insurance run on in the seventh against new reliever Colton Petron, a draftee from the Loretto Larks.

Maple Lake threatened with runners on first and second in the eighth and went down in order in the ninth.

Bemidji advances to play 3 p.m. Sept. 5 in Milroy against Saturday night’s winner between the Prior Lake Mudcats and Kimball Express.

St. Patrick had little trouble marching on to the next round..

A tied game turned the way of the Irish when they posted three runs in the top of the third and kept adding from there en route to a 10-1 victory over the Rochester Roadrunners.

The Roadrunners were only outhit 10-7 but committed four errors to the Irish’s one. Two inning-ending double plays were rally killers.

Collin Denk got the win for St. Patrick last week in round two with a complete game gem. It was Zach Seurer’s turn Saturday and he was as effective.

Rochester was led by Jacob Ihrke and Matthew Hayford who had two hits each. Hayford also drove in a run.

Tyler Zelma was hung with the loss on the mound. He went four innings, allowing three earned runs, two unearned runs, a walk and striking out three.

St. Patrick advances to the round of 16 to face the Carver Black Sox noon Sept. 5 in Milroy.

Sartell's David Deminsky kept Gaylord at bay, striking out 17 batters in a 1-0 ballgame.

Zeroes were on the board in a speedy game through four innings.

The Sartell Muskies broke through first against the Gaylord Islanders' Brody Rodning, a single-A minor leaguer in the Toronto Blue Jays system.

The Muskies only had three hits on the day. They needed just one of them after a hit batsman and a balk put Jake Sweetier in scoring position at second. A sharp single by Cody Partch scored Sweetier and stuck as the game-winning run.

The Islanders threatened more often in the game with six hits. They struggled to string them together against Deminsky, a former minor-leaguer in his own right in the early 2010s with the Minnesota Twins system.

Their best chance of knotting it up stranded runners on first and second with one out.

Sartell had a chance in the bottom of the eighth to add insurance but squandered a first/third opportunity.

Deminsky struck out the first two batters in the ninth but was pulled just shy of a complete game after allowing his only walk of the game. Fresh arm Adam Wenker coaxed a fly ball to left to end the game and earn a quick save.

The Muskies advance to the round of 16 to face the Bluffton Braves 6 p.m. Sept. 5 in Milroy.