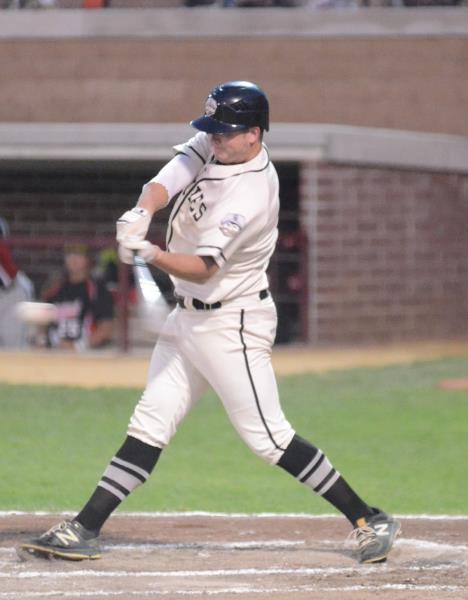 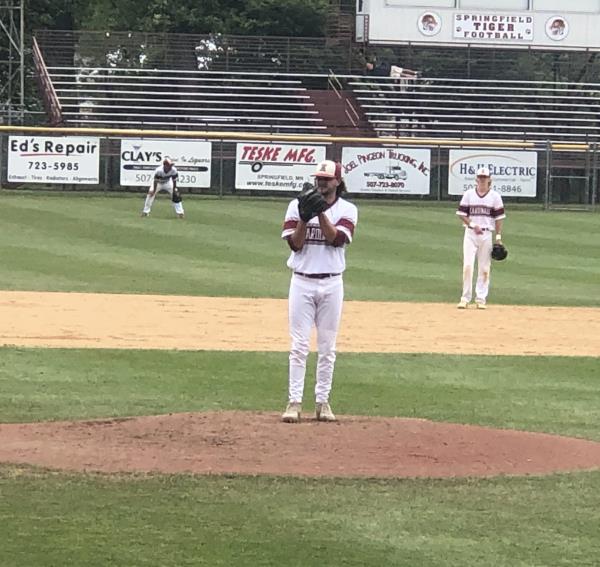 The Buffalo Bulldogs have led after all 18 innings played in the state tournament.

Solid starts have led to easy finishes, this one coming in an 8-2 victory over the Morris Eagles.

Jake Duske had four of Buffalo's 13 hits, including a double in a two-run first inning.

The Bulldogs slowly padded their lead. An

Buffalo advances to the round of 16 to face the Foley Lumberjacks 7:30 p.m. Friday in Springfield.

Eathan Soeffker RBI double and a two-run Brett Renshaw long ball to left made it 5-0 after three. Renshaw hit a sacrifice fly in the fifth perhaps just as deep to centerfield.

Jon Eurle started on the mound for Buffalo. The righthander breezed through four innings, allowing four hits, no runs, one walk and collecting three strikeouts. He's up to nine scoreless innings at state.

Ramon Vega Jr. also had two hits and was also hit by a pitch in the leadoff spot.

Morris was seeking to end Region 9's misfortune at state. Teams from the region have now lost 12 in a row at state.

The Eagles had chances to make it more competitive as they had 10 hits, but four errors proved costly.

The Bulldogs advance to the round of 16 to face the Foley Lumberjacks 7:30 p.m. Friday in Springfield.

A three-hit day for Young America’s leadoff hitter culminated in a two-run, two-out double to score what proved to be the winning run in the bottom of the eighth. The Cardinals knocked off the Luverne Redbirds, 5-4.

It was a back and forth game throughout as both teams scored in the first. Luverne scored one on an error, while Young America plated two on a Matt Mann single and Roch Whittaker double.

Both starting pitchers settled in to post zeroes in the next three innings. Young America’s Josh Lenz had a quality outing of six innings, five hits, one earned run out of three, three walks and five strikeouts.

Luverne put Lenz on the hook for the loss when the Redbirds pushed two across in the fifth to go up 3-2. Skyler Wenninger had a RBI single in the frame.

An insurance run was added in the seventh against draftee reliever from the Cologne Hollanders, Christian Johnson. Wenninger had another RBI single and finished with three of the team’s six hits.

With Alfson well over 100 pitches, the Cardinals got to him in the eighth with Hormann’s heroics.

Johnson set down the Redbirds in order in the ninth.

Brice Panning, Whittaker and Cole Peters had two hits for the Cardinals.

Young America advances to the round of 16 to face the Union Hill Bulldogs 6 p.m. Saturday in Springfield.

Home runs are hard to come by at Riverside Park. It doubles as a high school football field, measuring 452 feet to dead center and 370-plus in the gaps.

If there was a day to hit one out, though, it was with Sunday’s blustery wind blowing out. Austin Dufner proved that by tying the all classes state tournament home run record with three all in his first three at-bats.

His power surge lifted the Cold Spring Rockies to a 12-8 win over the Buckman Billygoats.

Dufner’s first shot was to left field to put his team up 2-0 right away in the top of the first inning. The second was another two-run drive, this one a moon shot to right. The third and final drive was another no-doubter to right center.

Alex Geislinger also joined the homer club with a solo shot off the football scoreboard in right center field. That gave Cold Spring a 6-0 lead in the third.

The Billygoats swung the bats well, too, and recovered for three runs in the bottom of the third. They ended with 11 hits.

The Rockies had 16 hits and threatened to win by 10-run rule leading 12-3 in the sixth inning. Buckman scored one in the bottom half and kept chipping away with two more in the eighth and two in the ninth.

The Billygoats brought the tying run to the plate with the bases loaded down 12-8. Noah Boser hit one high into the wind in right field that settled just shy of where the warning track would be at Riverside Park and into the glove of Brady Linn.

After a tough third, Ryan Hennen buckled down on the mound for Cold Spring. He tossed zeroes in the fourth and fifth to earn the win. Hennen allowed seven hits, no earned runs, two walks and struck out 10.

Dufner finished with seven RBI, coming up one short of tying the record held by three players. He had three cracks at breaking the home run record but was retired each time.

Six Billygoats had a hit, led by three by Joe Kahl. Tautges, Lane Girtz and Travis Kahl had two.

Cold Spring advances to the round of 16 to face the Isanti Redbirds 7:30 p.m. Friday in Milroy.