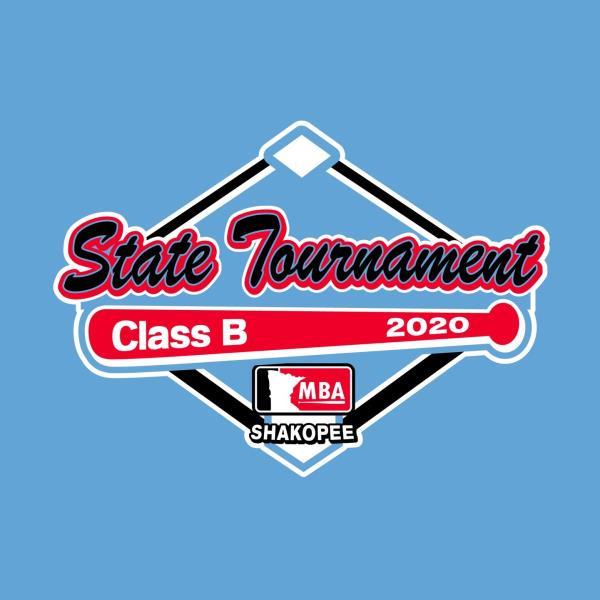 The Miesville Mudhens advanced to the quarterfinals Saturday afternoon behind the pitching of Jake Dickmeyer and a pair of two-run homers, beating the Champlin Park LoGators 5-2.

The Mudhens opened the scoring with one out in the bottom of the fourth. With one out, right fielder Austin LaDoux hit a high hard line drive, which LoGators’ shortstop Bryce Nelson leaped for and got a glove on but could not hold onto. LaDoux got credit for a single. He scored on the next pitch, which Mudhens DH Brian Sprout hit over the left field fence for a two-run homer.

Miesville tacked on three more runs in the fifth on back-to-back singles by Deryk Marks and Ronnie Sweeny, putting Marks on third. Nate Hammes worked a 2-0 count before hitting a deep fly to center. Marks tagged up and scored, making the score 3-0. LaDoux hit Champlin Park southpaw starter  Jerry Gooley’s very next pitch out of the park. That two-run shot gave the Mudhens a 5-0 lead.

Dickmeyer pitched a complete game. He allowed two runs (one earned) of seven hits. One of those hits was a two-run home run by Reid Conlee in the top of the sixth. Clean-up hitter Ethan Mocchi had reached on an error, one of two outfield errors the Mudhens committed in the inning. Dickmeyer retired 11 of the final 13 hitters to notch the win.

Every Miesville batter had one hit, except LaDoux, who had two.

The Mudhens face the Chanhassen Red Birds in the opening game of what now boils down to a four-team double-elimination tournament.

The Cold Spring Springers started the game with a home run and never really looked back Saturday afternoon at Joe Schleper Stadium in Shakopee as they defeated the Elko Express 10-5. The Springers’ righty starter Nick Penick held the Express to three runs over seven innings on eight hits. Lucas Henderson pitched the final two frames for the Springers.

Shortstop Jordan Barth, batting in the 3-hole, led the Springers’ onslaught with a 4-for-5 night and scored two runs. Drew VanLoy and Brad Olson chipped in with a pair of RBI each. Clean-up hitter Joe Dempsey went 3-for-4 and also scored twice. Cold Spring tallied 17 hits off two Elko pitchers and evrey batter had at least one hit.

The loss brought the Express season to a close but clean-up hitter Travis Evanson finished on a high note with a 5-for-5, including a ninth-inning double.

Penick walked three and struck out five on 97 pitches for the win.

Cold Spring plays the Moorhead Brewers in what is now a four-team doulbe elimination tournament.

Three round-trippers and two fine pitching performances powered the Moorhead Brewers to a 5-1 victory over the Dundas Dukes on Saturday night at Joe Schlepper Stadium in Shakopee.

The game was scoreless through three innings, with David Ernst on the hill for the Brewers and Derek Albers pitching for the visiting Dukes. Dundas strung three singles together in the fourth and shortstop Tom Mavs drew a two-out walk to force in a run and give Dundas a 1-0 lead.

That lead was short-lived, however, as Brewers catcher Chandler Ibach opened the bottom of the fifth with a 371-foot homer to left. Joe Hallock, the Brewers’ right fielder and cleanup hitter, matched that feat with a shot to almost the exact same spot to open the Brewers’ half of the sixth, giving Moorhead a 2-1 lead.

A two-out walk followed by an error and two singles got the Brewers a pair of unearned runs in the seventh. Chris Clemenson got a pinch hit opportunity in the eightn and made the most of it, hitting a shot down the left field line that stayed fair as it whizzed over the fence.

Ernst earned the win with a seven-inning, six-hit, one-walk performance. He allowed one run while fanning six. Cole Christensen earned a save with two near-perfect innings in relief. He walked one batter and struck out two.

Albers, who took the loss, had a decent outing. He allowed two runs in six innings, walking three and striking out five. He kept the Dukes within striking distance, but a lack of run support proved to be his undoing and brought the team’s season to a close.

Moorhead plays the Cold Spring Springers in the second game of the four-team double-elimination semi-finals.