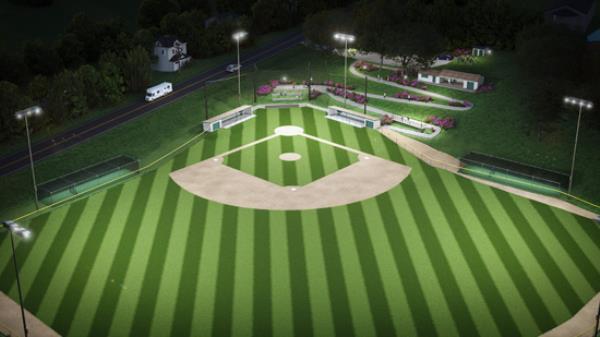 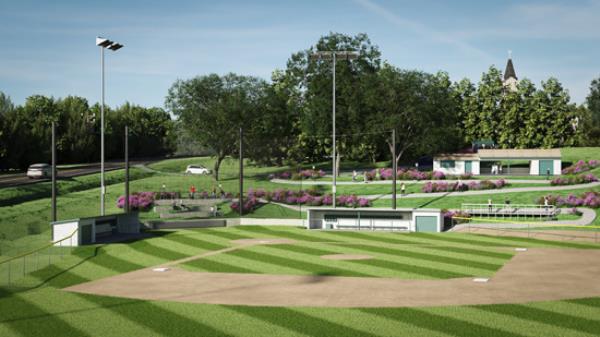 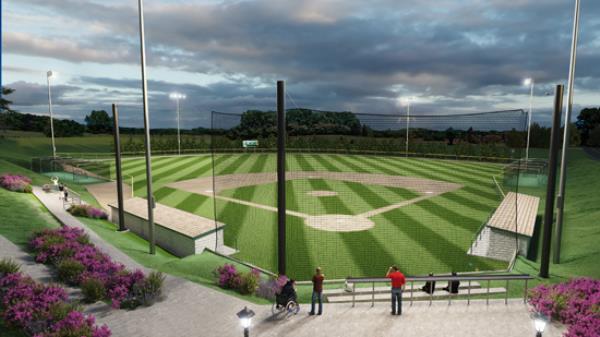 The St. Patrick Irish have been turning heads on the field the past few years and now their field is turning heads.

St. Patrick earned the club’s best finish ever in 2020 when the Irish finished runner-up to Fairmont for the Class C state title. The Irish followed that up with a quarterfinals appearance last season.

Shortly after the 2020 season, the club launched an ambitious $750,000 capital campaign for updates to Bonin Field. The campaign has raised more than $320,000 and improvements have started to show. Bonin Field will have lights for the first time this summer. LED lights were installed in February and will get wired in April. The Irish will hold a dedication night to recognize donors June 3 against St. Benedict.

“We want people to want to come to St. Patrick,” said St. Patrick Athletic Association President Mike Sticha. “We want to make our ballpark a destination.”

Bonin Field lies tucked away behind St. Patrick Church along County Road 56 in between New Prague and Prior Lake. The field, which sits at the bottom of a hill and has a highway along the first base side, has some space limitations but the SPAA has worked to make the field the best it can.

The SPAA completed a backstop renovation in 2019 where the 30-year-old backstop got replaced with a concrete kneewall, black netting and steel poles. The SPAA received a $10,000 grant from the Minnesota Twins Community Fund along with fundraising money to complete the project. But the ballpark hasn’t seen many extensive upgrades since the late 1980s when the field got scraped flat.

The lights are just one phase of three planned with the capital campaign. The second phase calls for ADA access and a ramp, spectator viewing areas, new dugouts with storage, hitting tunnels and bullpens, and a fence line adjustment. The third phase includes additional field drainage, improvements to the parking lot, concession stand and restrooms, along with more ADA enhancements.

Bonin Field is home to three adult baseball teams including the Irish, and eight youth teams, so the lights provide a logistical solution for a field that sees a lot of use.

“It’s been a lifelong goal,” Sticha said of the improvements. “From a community perspective it solidifies us as a true facility.”

More than 150 people have contributed to the capital campaign since it began in earnest in 2021.

The SPAA partnered with  Musco Lighting, Minnesota Valley Electric Cooperative (MVEC), Choice Electric, Starry Electric, Donlie Underground, and other individuals and volunteers connected to the organization to install the lights.

Bonin Field stands somewhat in between the Mini Met in Jordan and Memorial Park Baseball Stadium, which unveiled major renovations for the 2018 MBA state tournament. While St. Patrick doesn’t have visions of hosting a state tournament at this time, the SPAA wants Bonin Field to enter the conversation of great parks to visit.

“We want to be part of that conversation when people think about going to a ballgame,” Sticha said. “There are so many great ballparks around here and we want to dip our toes in that water.”

Those interested in contributing to the projects, can visit the GoFundMe page.