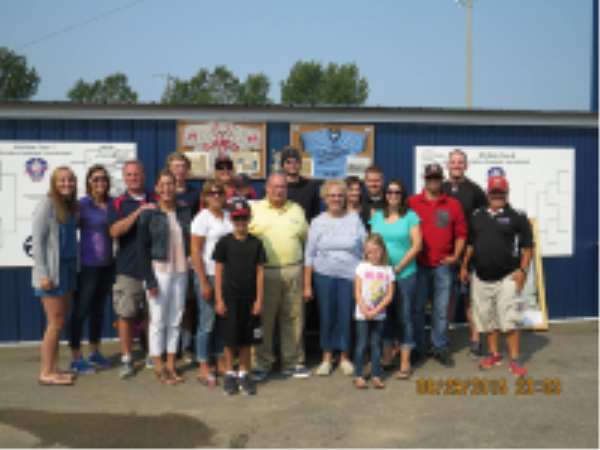 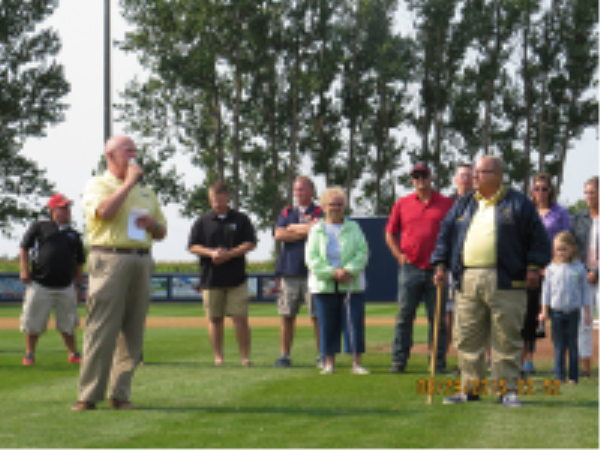 Bob Zellmann had a presence.

So much so the community of Norwood honored him by naming the baseball field after him and his family. But his presence extended across the state through his 30 years as a member of the Minnesota Baseball Association’s Board of Directors. He spent the majority of his tenure serving as the secretary/treasurer — where he kept the books as well as contracts and releases.

Zellmann died May 10 at the age of 89, nearly three months to the day after his wife, JoAnn, died Feb. 13. By all accounts the two were inseparable during their 66 years of marriage.

“Jo probably knew as much about MBA baseball as the rest of us,” said MBA Vice President Joe Kreger. “She was a very wonderful woman.”

Bob and JoAnn worked together on baseball activities and ran The Big Store, a grocery and dry goods store, in Norwood through the 1980s. JoAnn often attended MBA board meetings through the years and ran errands for the board if they needed copies or something else for the meeting.

“Jo went every place they went,” said Dave Hartmann, who took over for Bob as secretary/treasurer for the MBA. “They did everything together.”

Bob played on powerhouse Norwood teams during the 1950s when the Indians put together consecutive runner-up finishes in 1957 and 1958. Braham defeated Norwood 3-1 in the 1957 Class B championship and fell to Pipestone 5-3 in the 1958 Class B championship. Norwood added a third-place finish in 1960 after accomplishing the same feat in the 1954 state tournament. Norwood made two more state tournament trips in the 60s, two in the 70s and two more in the 80s as Bob moved into managing.

Zellmann Field at the Norwood Young America Sports Complex bears the Zellmann name because of the Zellmann family. Bob’s father owned a swath of land where the complex sits. Bob and his family helped spearhead an extensive renovation project of the field starting in the mid 1980s through the 1990s.

“Bob Zellmann and Norwood baseball were synonymous with each other,” Hartmann said.

Bob and his brother, Bill, made up the middle infield for those dominant Norwood teams. As Bob moved into managing and as his family grew, they made their way to the ballpark, too.

“We didn’t have a popcorn machine, so we’d pop popcorn at home,” said Jim Zellmann, Bob and JoAnn’s son. “Sunday morning you start popping at 8 or 9 o’clock.”

Jim is still popping popcorn at the field, though these days he doesn’t have to haul it down from the house. The park has a popcorn machine and Jim has found himself once again working the concession stand during high school games and visiting with familiar faces.

The park is a special place for the Zellmann family and Bob wanted to be there as often as possible.

“One of the last things he said when he got out of the hospital is he said he wanted to go down to the park,” Jim said. “We took him down to the park and he was there for the whole game. He was able to see and talk to a few people.”

Zellmann entered into more administrative duties through the years, becoming a league official with the Crow River Valley League and then joining the MBA board. He entered the Minnesota Amateur Baseball Hall of Fame back in 1980.

Zellmann became secretary/treasurer following the death of Marv Scheele in 1987, a mere two years after Zellmann won election to the board.

Zellmann garnered a presence because of his character and ability to form impactful relationships with people. Chris Dammann grew up in Hamburg and went to school with Bob and JoAnn’s children, Bobby, Jim, Cathy and Connie. Dammann still recalls the lessons Zellmann installed when he coached Dammann’s fifth- and sixth-grade basketball team.

“Your first real experience with coaching and your lessons stay with you,” said the now 57-year-old Dammann. “Sportsmanship was big. Everything started and ended with that. Always positive, always supportive. Always kind of had the right thing to say. I looked up to him as a leader.”

Having a presence also means having the respect of your peers. Zellmann remained reserved during MBA meetings but if he felt inclined to say something, he didn’t shy away.

“Every board member had the utmost respect for Bob,” Hartmann said. “He was almost treated with reverence.”

Zellmann became known for his attention to detail and respect for the rule book. “If we’re not going to follow the rules, we might as well throw the damn thing out” became a phrase associated with Zellmann during board meetings. Hartmann later quoted the Zellmann phrase when he served as secretary/treasurer.

Zellmann didn’t often beat around the bush at meetings or outside of them. When he felt someone had spoken long enough at a meeting, he’d let them know, Hartmann said. If a meeting had gone on long enough for Zellmann, others like Hartmann and former MBA President John Richter noticed the tells.

Dammann found that Zellmann gained respect because he told the truth and accepted criticism.

“I think he just shot straight,” Dammann said. “You always knew what you were getting. He wasn’t afraid to tell you the truth and I think that builds a lot of trust.”

Being on the board and ruling on postseason eligibility meant facing criticism. Zellmann accepted the responsibility. As for criticism, Dammann recalls him saying he had big shoulders to carry it.

Zellmann built relationships across the state throughout his years on the board because teams often turned to him for help with contracts and releases.

Zellmann took to mentoring board members in addition to Hartmann. Zellmann, who worked as a rural mail carrier, warmed to now president Mark Forsman, when Forsman, also a rural postal carrier, first joined the board. Each year at the Minnesota Amateur Baseball Hall of Fame banquet, Forsman honors Bob and JoAnn Zellmann by wearing a baseball tie the couple gave to him more than 20 years ago.

“Even when he got off the board, he’d call me,” Forsman said. “I would always call him for certain advice. He’d always give me encouragement. He’s been like a first father to me as a board member. He was a great man.”

Within the Norwood community, Zellmann served on the fire department and was a member of the VFW and American Legion. He worked 35 years as a rural route carrier and as a brick layer.

“He was delighted,” Jim said. “He didn’t think he’d ever see that moment.”

The 2007 state tournament ran into rain problems and left the Norwood and Hamburg fields soaked. Zellmann and others came up with an idea to have helicopters come in and hover over the outfield in Norwood to dry it out. A phone call went to Flying Cloud Airport and a pair of helicopters flew out. One hovered so long that it needed to go back to refuel, but games resumed that day.

No expense would be spared to prevent the state tournament from carrying on. Jim recalls Bob and longtime supporter Dick Lano, owner of Lano Equipment of Norwood, likely put up much of the money for the helicopters.

BASEBALL BACK IN NORWOOD

Norwood baseball set the standard in the area for decades and Central High School in Norwood Young America has provided a pipeline of players to Norwood, Young America, Hamburg, Cologne and other nearby communities. Dammann recalled a time his Hamburg team beat Norwood back in 1983 with the celebration going long into the night because of how important it was to beat Norwood at that time.

Amateur baseball continues to flourish in the area but it’s been some time since Norwood had its own team.

Amateur baseball returned to Norwood this season for the first time in six years and there’s little doubt as to who will have the best seats every game this summer at Zellmann Field.