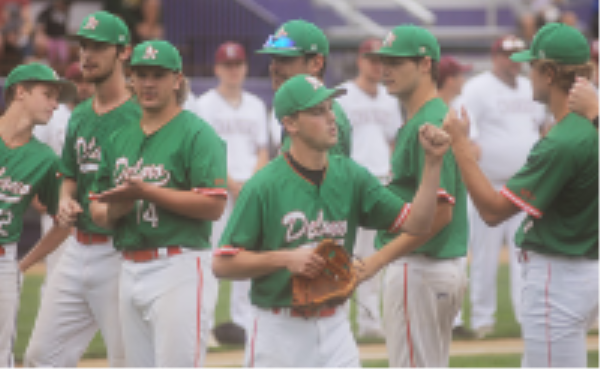 The last round of rankings might have left some Crow River Valley League observers searching for their pitchfork but this time around, our pollsters ought to have assuaged them.

Watertown tops the poll once again after ceding the top spot to Watkins in the last round of rankings. The Clippers, meanwhile, got clipped down to the No. 4 spot after an up-and-down stretch.

Delano rose to the No. 2 spot behind an impressive run through the Northstar League while perennial power Jordan garnered attention after a win over four-time defending Class B champion Chanhassen to secure the No. 3 spot.

St. Patrick rounded out the top five after putting together a winning streak through the DRS and Waconia dropped from the third spot to No. 6 this time.

New Ulm climbed to No. 7 as the pollsters took note of the Brewers’ run through the Tomahawk East. Another perennial state title contender, the Sartell Muskies, fell to No. 8 after a league loss to St. Joseph, the first league loss since 2019.

St. Martin, unbeaten in the Stearns County South division, climbed into the top 10 at No. 9 and shares the spot with Buffalo.

1. Watertown Red Devils - Crushing everyone right now in the Crow

8.  Buckman Billygoats - On top of the Victory League East

9.  Dassel-Cokato Saints - lost a couple, but still off to a hot start including opening day win against Watertown

10. Webster Sox - Never been to state, known for one of the longest losing streaks in amateur baseball history, I think they are gonna make history this year and punch a ticket to state

3. Jordan Brewers - 11-4, a win over Chanhassen, three losses to good B teams

8. Luverne Redbirds - 8-2, just lost a close one to Windom, but are really playing well right now

4. Raymond Rockets (5-0) -- Another team off to a good start, they lead the Corn Belt League after knocking off the Milroy Yankees.

5. Jordan Brewers (6-1) -- Jordan's always in the conversation when these rankings are discussed.

6. Springfield Tigers (7-0) -- There are three undefeated teams in the Tomahawk East and Springfield has the most wins. The New Ulm Brewers (6-0) and Stark Longhorns (5-0) deserve honorable mentions.

7. St. Patrick Irish (6-2) -- There are so many tough teams in the Dakota-Rice-Scott League and not all of them are Class C.

8. St. Stephen Steves (4-0) -- St. Stephen has some good veteran talent and is off to a strong start in the Victory League's South/West Division, which includes the Class B Sobieski Skies and strong teams in Avon and Upsala.

9. Windom Pirates (8-1) -- The Windom Pirates are leading the First Night League, having outscored their opponents 72-16. The Jackson Bulls (9-2) are right behind and a strong team.

10. Elrosa Saints (7-0) -- Elrosa leads the Stearns County North and is host to the Elrosa Elite Eight tournament this weekend.