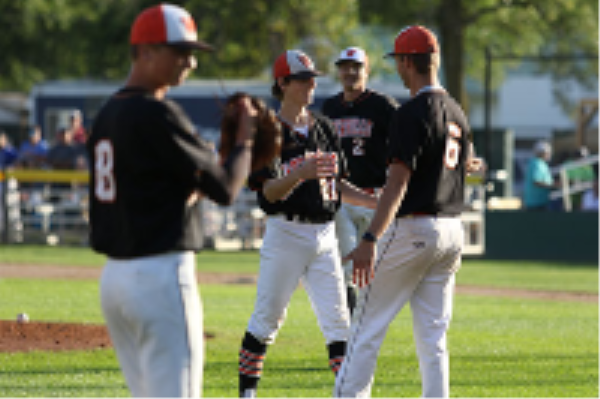 Rarely do the Class C rankings see as little movement as they do this time, but perhaps those in the top 10 in the last poll have simply solidified their positions through continued good play. Those who like the ups and downs of the rankings might have to watch the stock market instead this week.

Our top four positions remained the same with Watertown at No. 1, Delano at No. 2, New Ulm at No. 3 and St. Patrick at No. 4. Though they did change places, that does sound like an intriguing final four for the state tournament.

Waterville became the flavor of the day after winning the Charlie Larca Memorial Tournament in Jordan last weekend to rise to No. 5 after breaking in at No. 9 in the last poll. That move dropped Waconia to No. 7 while the Brewers stayed at No. 6.

Elsewhere, Luverne has quietly moved up the rankings to No. 7 after holding the No. 10 spot last time. Hutchinson, which has put together an impressive streak, pops into the top 10 at No. 9. Isanti, another team that seems to fly under the radar at times, rounded out the top 10.

1. Watertown Red Devils  On the verge of winning the CRVL North title and top spot in Region 7C. Pitching continues to be dominant and bats are as good as anyone. Impressive what they've done this year after the run they made at state a season ago.

2. Jordan Brewers — Finished runner-up in their own state tournament filled with great teams. Beat a good Delano team in the semifinals of the tournament before losing to Waterville in the championship. The veteran squad is poised for another run.

3. Delano A's — Picked up wins over Minneapolis and New Ulm in the Jordan tournament. Still leading the way in the North Star League. The offense is one of the best in the state and the A's have things clicking with the postseason on the horizon.

4. St. Patrick Irish — Like clockwork St. Patrick continues to deliver. A veteran team who knows how to win.

5. Waconia Lakers — Flying under the radar a bit with how good Watertown has been. Still a legit team with talent and experience that will be a tough out for anyone. Just beat Young America on their home field.

7. Hutchinson Huskies — Continue to stay red-hot in the North Star League. Pushing Delano for the top league title but running out of time. Will be a tough out in the Region 12C tournament.

8. Waterville Indians — Saw them for a few innings at the Jordan tournament and came away impressed. Picked up wins over Red Wing, New Ulm and Jordan. Outscored opponents 21-5 in that tournament. My sleeper for the Class C state tournament this year, if they make it.

9. Watkins Clippers — Have hit a rough patch in the season lately. Still, a good team that can't be taken lightly.

1. St. Patrick Irish — Might be a little biased, but St Patrick is stacked, they are my pick to win the whole thing. They have won 16 straight league games.

2. Watertown Red Devils — 15-1 in the Crow, I sure hope when state brackets come out that Watertown and St. Patrick would have a chance to meet in the finals.

3. New Ulm Brewers — Still unbeaten in their league, they keep climbing up my rankings.

4. Delano Athletics — 18-2 in the North Star League, did lose recently to Jordan.

6. Waconia Lakers — Drops a few spots in my rankings, but still 14-3 in a tough Crow River League.

7. Luverne Redbirds — Winners of 15 in a row and second in the Gopher League.

8. Hutchinson Huskies — After losing four of five to start the season, they have won 19 in a row and are second in the North Star League.

9. Nisswa Lightning — 12-2 in the Victory and top team in the North/East Division.

10. Jordan Brewers — Knocked off Delano this month and lost to Waterville. Top team in the RVL, really tough schedule played this year.

3. Watertown Red Devils — Watertown is 15-1 in the Crow River Valley North, posting a 4-0 record since the last poll.

5. Isanti Redbirds — Isanti is 13-1 in the Eastern Minny Central Division, having gone 3-0 since the last rankings.

8. Bird Island Bullfrogs — Bird Island leads the Corn Belt League with a 19-2 record. Jordan Sagedahl has rejoined the team after playing in the Northwoods League. They're a team to watch.

9. Elrosa Saints — Elrosa has emerged as the top team in the Stearns County League. It has a 12-1 record in the North Division and beat a good St. Martin team that had been in the rankings.

10. Watkins Clippers — Watch out for the Clippers, who are 14-5 overall and headed for a top seed in the Central Valley League playoffs.