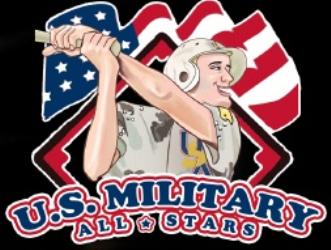 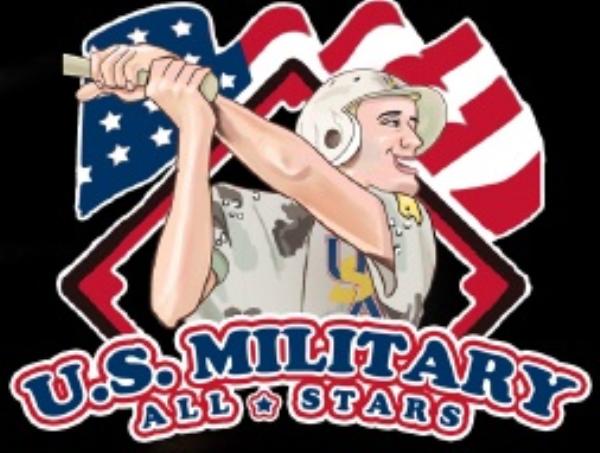 The US Military All-Stars will continue its “Red, White and Blue Tour” in Minnesota from Friday, July 13 to Thursday, July 19 and will play in a number of different cities against Minnesota amateur teams. Here is the schedule:

Check out the "Red, White and Blue Tour" video from the East Coast: http://youtu.be/qb9f--Knax4

The US Military All-Stars primary focus is to spread awareness of military heroes. Every community has a local hero, and in some cases many local heroes. The towns listed above have invited the Military team to their communities to help spread this message across not only their towns but also to share the message with all MN amateur baseball communities. A lot of work goes into supporting this type of event. Color Guards, Legion, Minnesota Order of the Purple Heart, VFW, National Guards, Harley Riders, City involvement through Chamber of Commerce, Convention and Visitors Bureaus, business sponsors... The list is long and not fully covered here. A detailed pregame ceremony will highlight each night – the game is secondary.

Minnetonka will have an Apache helicopter lower the medic that saved the life of their local hero. It will be the first time the medic and hero have seen each other since the accident. Marshall will have a fleet of bombers fly over. Austin will have a gang of Harley riders fill the outfield. The Austin ceremony will honor a very recent fallen soldier in what will certainly be an emotional presentation as the hero's family will receive the honor and remember flag at the mound. There are a lot of similarities to each ceremony but all are slightly unique. Each venue is spread out far enough where people have the opportunity to attend a game. In the end, we will have done our best to spread the message across a large geographic.

For our Honor and Remember ceremony we will pay tribute to the Carson/Dickhut family.

Jerry Mays of Bugles Across America will perform live Taps.

The Austinairs will deliver the National Anthem.

The Military Order of the Purple Heart Commander Mark Browne will throw the ceremonial first pitch.

Many Purple Heart recipients and veterans will be recognized.

Beyond the Yellow Ribbon will have a feature booth at the event.

Fans can participate in an obstacle course and rock-climbing wall sponsored by the National Guard.

Many food options – highlight is the SPAM Burger.

The Adams Legion and Austin Legion will provide luncheons for the US Military All-Stars.

The Austin Convention and Visitors Bureau will show the guys the town, featuring a stop at the SPAM Museum.

The MPBA (Marcusen Park Baseball Association) and the Austin community are very excited for this event.  This is a positive experience for Southern MN baseball fans, amateur baseball and most importantly for the Armed Forces that make this all possible.  We are confident the US Military All-Stars will appreciate their MN tour.  In years to come more MBA teams should consider to host the US Military All-Stars.  The baseball game is secondary.  Most important, support our Armed Forces.  Thank you Wounded Warriors – past, present and future – for your sacrifices.

General Rick Nash who is the Adjutant General of the Minnesota National Guard will throw out first pitch.

The Chaska American Legion Post 57 is hosting the U.S. Military All Stars after the game for some food in the lower level of the Legion where there will be brats, beans, chips, and an open bar for an hour.

Bob Downs band (local Chaska band) will be playing before, during, and after the game for entertainment.

It should be a great community event and we are looking forward to a huge crowd!