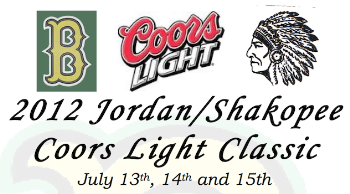 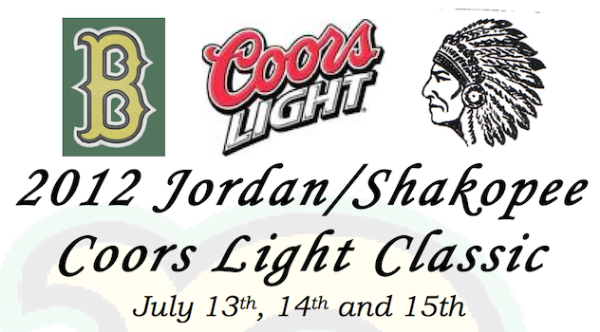 The Jordan Brewers and Shakopee Indians of the River Valley League are set to host the 2012 Jordan/Shakopee Coors Light Classic on July 13-15. Eight teams, including the hosts, will participate in the pool-play tournament.

Play will begin on Friday night as Jordan will take on St. Michael in Jordan at 6:00 p.m. At the same time in Shakopee, the host-Indians will take on Red Wing. Following those match-ups at 8:00 p.m. will be Cold Spring vs. St. Louis Park (Jordan) and Moorhead vs. NWS Redhawks (Shakopee).

Eight games will be played on Saturday – four on each field.

The championship game between the Pool A winner and Pool B winner will be played on Sunday at Shakopee staring at 1:00 p.m. All games will be seven innings. In case of a three-way tie, the team with the least amount of runs allowed will move on.