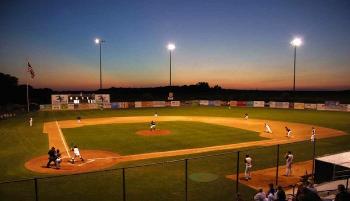 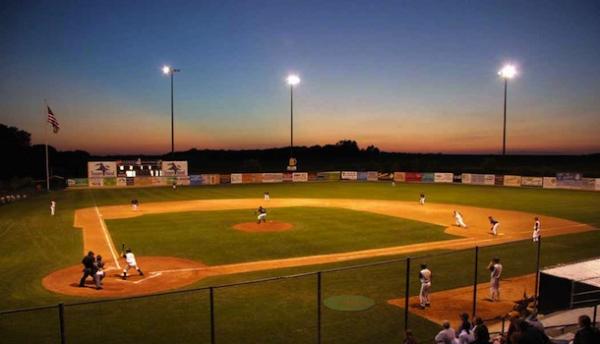 The results are in and it’s clearly evident that Minnesota has a strong passion for amateur baseball and the fields it’s played on. Hundreds of votes were cast and many fields were named, but we’re going to narrow it down to the top-five.

Below are the top-five amateur ballparks in Minnesota according to the poll conducted here on the MBA website over the past week. Quotes from voters are posted to give you an idea of what each field is like.

“Nothing better than the manual scoreboard. Great atmosphere and a great park!” – Chris Brown

“It’s the home of the Chaska Cubs of the River Valley League. It’s one of the nicest stadiums in the southwest metro. Athletic Park is also a venue for the Minnesota State High School Baseball Championships as well as the Lions All-Star Baseball Tournament. The ball park features great concessions and comfortable seating for the perfect summer night of baseball.” – Jeff Wald, WCCO

“Fan decks on sides with low fencing, classic grandstand wrap, treed fan areas are a plus, great diamond quality given the number of games played there and fresh paint every couple years.” – Joseph Chapman

“Just south of the metro lies one of the great amateur baseball parks in Minnesota. The Mini Met in Jordan is the home of the Jordan Brewers of the River Valley League. The Mini Met is also one of the annual sites for the Minnesota State High Scholl Baseball Championships. Take Highway 169 south from the metro and exit on Highway 21. It’s off Rice Street near Pekama Park.” – Jeff Wald, WCCO

No. 2 – “Original Ballpark at Arlington”

Four state tourneys hosted/co-hosted (1976, 1983, 1994, and 2009); Countless amateur regions/sectionals, Legion regionals/districts, High school sectionals, and multiple all-star games; Currently six teams call the park home during the spring and summer. For the fans the park includes incredible sight lines: Only 29 feet from home plate to the first row of seats; Concourse style concessions; Covered seating for 340 including 280 seats with backs from the former Twins home-Metropolitan Stadium; An additional  680 permanent uncovered seats; A 40' x 60' concrete patio "party deck" directly above 3rd base dugout; 90' three section press box directly on top of front edge of grandstand that radio broadcasters tell us is the best anywhere; Full locker room amenities under the grandstand; Train tracks and the occasional train beyond the center field fence; And an on-site parking lot for over 250 vehicles.  Field specifics include: 120' light towers; True dimensions (338' to left, 388' to center, 343' to right, and 360' to the gaps); 60' long dugouts; Permanent bullpens down each line; Major league quality (bagged clay) pitcher's mound; And a wonderful hitting background including 60' pines and 32' x 40' batters' eye.

“It’s the real-life version of “Field Of Dreams,” one of the great baseball movies of all-time. Other than a bar, Jack Ruhr field is the heart of the small town of Miesville, which is in southeastern Minnesota Highway 50 just east of Hampton. The Mudhens play in the Classic Cannon Valley League and are perennial Class B State Tournament contenders. It’s a great baseball park with corn fields surrounding the outfield fence.” – Jeff Wald, WCCO

“As a Hastings guy… hate to have to admit this but Miesville is heaven on earth when it comes to ballparks.” – Brian Schommer

“Miesville’s playing surface is as good as it gets.” – Keith Meyers

“On any given day there can be hundreds of people in the stands.” – Erik Pittman

“After playing in the state tournament three times there I have to go with Miesville as well...it's almost like a minor league field setting.” – Cody Walter

“Playing at Miesville most of the last 10 years they have an unreal playing surface.” – Tony Schultz