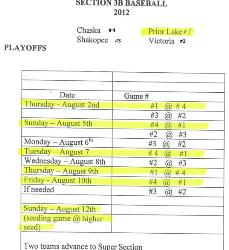 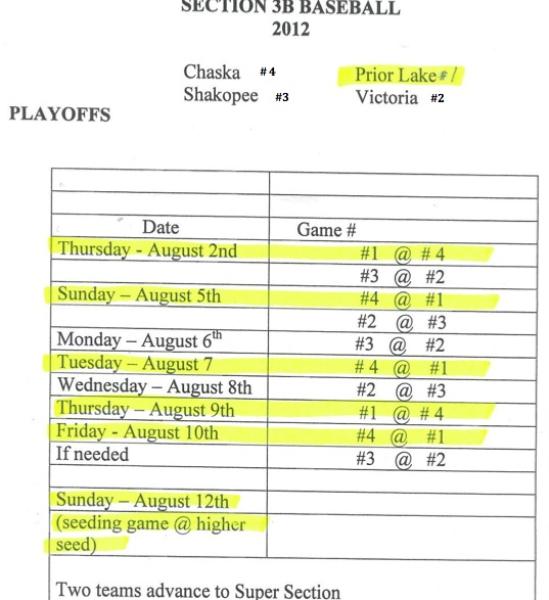 In the landscape of Minnesota town team baseball there are few sections that can say they are the toughest in the State, and one of those would be Section 3B. This section showcases at times three of the top-10 teams in the State and in most years has four of the top-10. The teams that make up 3B have done well in State when they get there. So now let’s meet the teams that make up the section as they have been seeded.

Section 3B Playoffs are as follows:

In the first round the teams will play a best of five series with the following match-ups:

The real surprise of this section has been the fact that Chaska struggled getting out of the gate and that’s why it has this match-up in the first round. But come playoff time, there is no way to script what will happen in this series as both teams have some good pitchers and solid bats also. In the regular season, the Jays took the series 2-1.

In this series it came down to the final regular season match-up of these two teams to decide who would get home field. The Vic’s are having one of the best seasons in awhile and Shakopee is always in the hunt for a State berth. In the regular season, Victoria sweep the Indians 3-0, but that was the regular season and both teams know the postseason is all about pitching.