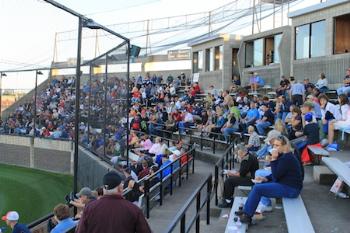 When the MBA Board made the decision to reformat the Class C State Tournament from 32 teams to 48, it’s easy to say there were mixed feelings.

In previous years, the tourney consisted of two teams from each of the 16 regions playing single elimination until the third round, when double elimination play began. That all changed this year as 16 teams were added to a single elimination-throughout playoff. The regions that posted the highest attendance records over the past 10 years (average attendance per game) were awarded up to four State-qualifying teams – some with three and the rest with two – and the region champs received a first round bye.

Now that the tournament is over, a champion has been crowned and the numbers are in – here are two things to consider:

With a major emphasis on increasing attendance, the new 48-team format restored the 10-year average. Dating back to 2002, the average attendance at the State Tournament was 12,163. The highest mark in that time frame was 2008 at Chaska and Shakopee when 14,116 attended. The lowest patronage during that time frame was last year at Glencoe and Brownton as 9,327 fans showed, the lowest mark in the history of the two-site format, which began in 1981 at Jordan and Belle Plaine.

From a competition standpoint, the average run differential throughout the tourney was 3.7. Just under half (23-of-47) of the games were decided by two runs or less – 10 were one-run games, 13 were two-run games. Only 14 games were decided by a margin of five runs or more, 13 of which occurring in the first two rounds.

The bottom line here is that the State tourney attendance saw it greatest increase from the previous year since 1998. The attendance from 1997 in Maple Lake/Delano (14,512) grew by 2,834 in 1998 at Hamburg/Chaska (17,346). Also, the numbers don’t lie that the competition was great, especially on Labor Day weekend.

The Board had mentioned that the new 48-team single elimination format would be on a trial basis and reviewed at the end of the season. Considering the facts provided, what are your thoughts on how the new format went and do you think it should remain? Are there adjustments that you would like to see in the future?

Leave your comment/opinion under the link to this story on our Facebook page.