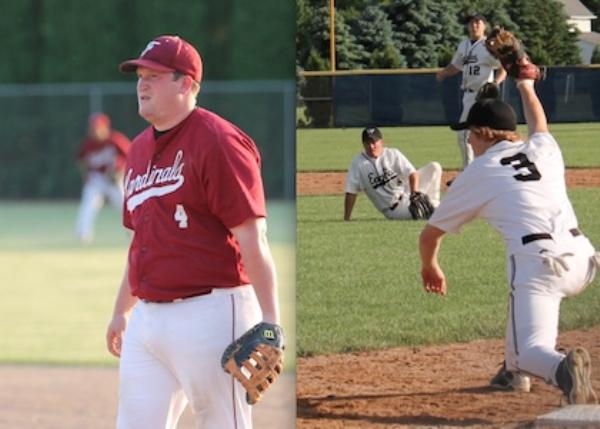 Meeting called to order by President Richter at 11:00 AM

Motion Brennan, seconded Barry, carried, to approve the minutes of the previous meeting.

There were 17 dedicated baseball people in attendance.

First order of business was the election of officers.

President Richter will appoint Board assignments at the January meeting.

Motion Kreger, seconded Roufs, carried, to set the board expense at $30.00 per day and mileage at .50 per mile.

The Calendar of Events was discussed.  The board has established the majority of dates for 2013.  Consideration to changing the normally scheduled meeting in March to February 23-24 was discussed.

Tournament Chairpersons Chad Raiche - Maple Lake, Steve Eilen, Delano and Jeff Janzen, Delano were present to give an update on the details of their respective fields and work that was completed this fall, as well as, discuss projects for next spring in preparation for the 2013 State Tournament.  They indicated that everything is going as planned.  Delano indicated that they will be hosting the St. Paul Saints vs. Northstar League All-Stars on May 11, 2013.  The board requested to have the Northstar League submit a roster of players to the MBA Secretary as to who will be participating in the game.  This should be submitted prior to May 11th.

Dana Melius, Winthrop Eagles, presented that Winthrop is interested in possibly merging their team with either Fairfax or Gibbon for the upcoming season.  He indicated that Winthrop is in a situation that they may fold their program due to the fact that their numbers are down due to relocations, retirements and players playing with other teams.  He explained that Fairfax is currently in a similar situation. He also indicated that they have had discussions with the Fairfax Baseball Board about the possibility of merging their two teams.  He indicated that this would be a good fit for a number of reasons, particularly since they are in the same school district and they could stay in the River Valley League.  After numerous questions and a lengthy discussion a motion was made by Barry, seconded Forsman, carried, to allow Winthrop to merge Fairfax their rosters for the 2013 season and thereafter.  This is predicated on Winthrop getting approval from Fairfax and the River Valley League.

It was duly noted that Owatonna and Waseca were applying to get into the Twin Rivers League.

Waverly was approved and on probation as a new team in the NorthStar League.  They will be playing their home games at Montrose.

Jamie Heipel, Blaine, was present on behalf of the Class B teams and discussed the survey that was sent out to all Class B teams.  He indicated that approximately one half of the teams responded.  The main components discussed were Player eligibility, Super Section; eliminating Friday night games for travel and eliminating the Sunday seeding game, the desired number of teams in Class B – 48 with eight six team sections if possible.  There was significant discussion surrounding all of these items and it was determined that the Class B team representatives were planning a meeting in January and that they would present their specific recommendation to the board at the January 12, 2013 meeting.

The State Tournament Format for 2013 was discussed at length and it was determined that the board would maintain the same format for Class C.  This would be a 48-team tournament with the same regional format as was in 2012.  The Class B format will be determined as to whether the same format; eight team double elimination or possibly the College World Series format.  This will be finalized at the January 12, 2013 meeting.

Reclassification and movement of Class C teams was discussed at length.  A letter from Albertville was received and read requesting reclassification to Class C for the 2013 season. The general feeling of most of the board was to not move any teams from Class C to Class B or move any teams down from Class B to Class C for the 2013 season.  However, the board did discuss some components for establishing criteria for movement from Class C to Class B.  Dennis Brennan presented some ideas and thoughts on how to structure some criteria.  Joe Kreger also shared some thoughts and ideas that he had prepared. After many comments and exchanges from the floor, it was determined that the board would request league officers from the Norman Polk and Northwest Border league to attend the January 12, 2013 meeting.  In addition, the board will be requesting representatives from Owatonna, Mankato Mets, Sartell Muskies and St. Joseph to attend the January 12, 2013 meeting to discuss the possibility of reclassification to Class B.

The MBA handbook was reviewed with proposed changes being made.

The DaVinci Group website proposal was tabled until the January meeting.

Scott Seaton submitted a letter of resignation as Section 6B Commissioner.

Mike Kieke informed the board of his desire to resign as Section 7B Commissioner.

It is noted that the board is looking to fill the current open Commissioners in 6C, 6B and 7B.   If anyone is interested in filling these positions, please notify any board member.

Reminder to all League Officers and Commissioners:

Being no further business to come before the board, motion Kreger, seconded Brennan, carried, to adjourn at 5:25 pm