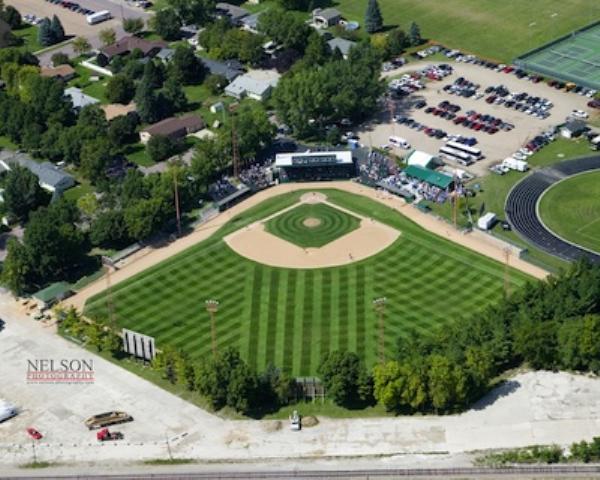 The excitement of the 2013 season is picking up and yet another invitational tournament has determined its field. The Arlington A’s and Gaylord Islanders have announced the 16-team field for their annual Miller High Life Invite, which will take place on June 20-23.

Bracket pairings will be announced within a couple weeks. Until that point, here are the details.

- Live entertainment on Saturday night in the Arlington parking lot

- After first round, home team will be determined by coin flip

- Slide rule: pro-slide on the bases and college slide at home plate

- Ejected players are suspended for the remainder of the tourney

- Courtesy runners for pitchers and catchers at any time

In Arlington and Gaylord, the Owatonna Aces claimed the title at the High Life Invite, defeating the previously unbeaten Savage Outlaws 9-7. Brandon Wolf was named tourney MVP after hitting the game-winning three-run homer in the bottom of the sixth [WATCH VIDEO].

Brandon Wolf (DH) from Owatonna was named the tournament MVP.  He capped off a wonderful tournament at the plate with a three-run home run in the bottom of the sixth to put the Aces up 9-7, securing the championship.