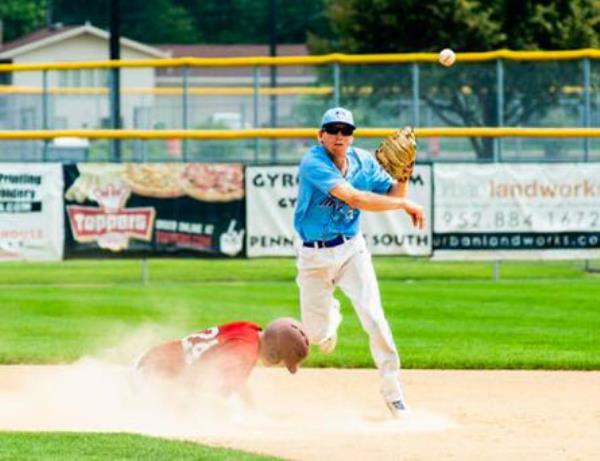 The Minnetonka Millers and St. Louis Park have been regulars at the top of the Class A rankings for the past several seasons so it’s not much of a surprise they’re both there again this week. But it’s perhaps a little fitting that they’ll share the top spot after both received 28 points from our pollsters.

Fresh off a run to the state title game last season, Lyon’s Pub dropped down a spot to No. 3, perhaps they can play the respect card this season.

St. Anthony moved up a spot to No. 4 this week while the St. Paul Capitals slid down to No. 5.

The Minneapolis Cobras and Stockmen’s Irish will share the No. 6 slot and Edina moved into the top 10 at No. 8.

Bloomington also entered the top 10 in a tie at No. 9 with the St. Paul Mudhens.

1.  Minnetonka Millers (12-0) -Man, I have been around townball a long time and I am continually astounded at how the Millers just keep winning and winning and winning. Every team has bad days, or days where everyone is at a wedding, or guys are banged up and you just are going to lose no matter who you are playing. Not the Millers. 12-0. That has to be No. 1.

2. St. Louis Park Pirates (12-2) - The return from pro ball of Pretty Boy Jimmy Heck has only made this potent lineup more potentable. Oh, he throws like 90 off the mound, too.

4. Minneapolis Cobras (7-4) -The Snakes have four losses but they have come to Pub, Park, the Hogs, and Class B Chaska, who is currently 8-0.

6. Bloomington Bandits (5-1) -A good record so far. These guys have always been good when they get everyone to the yard.

7. St. Paul Capitals (3-2-1) -Lots of ties floating around this year. Weird. This is where it starts to get hard. A lot of teams have not played many games yet or don't have scores posted. Caps are probably awesome again but have a so-so record so far.  The next three picks are tough.

10. Kelley Fuels Diesel -This is my go to team when I can't figure anyone else out. Just not enough games yet.

3. Minnetonka - Likely the lowest they will be ranked.

6. St. Anthony - they are looking very strong in early games.

8. Rosetown A’s - Great core of players and a lefty ace.

2. St. Louis Park Pirates- The Bucs are off to an 8-2 start, with early losses only to potent Dundas and Lyon’s Pub squads.

3. St. Anthony Hogs - Plenty of early wins against tough squads. With the return or Ryan Bernardy and Bennett Wiggins, look for them to run away with the Skyline.

7. Minneapolis Cobras - Snakes have three losses, but all to teams in the top five.  They can still bite.

9. Tri-City Shark - Based on their Twitter feed, things are looking swell.

Class A Rankings (As of June 6)