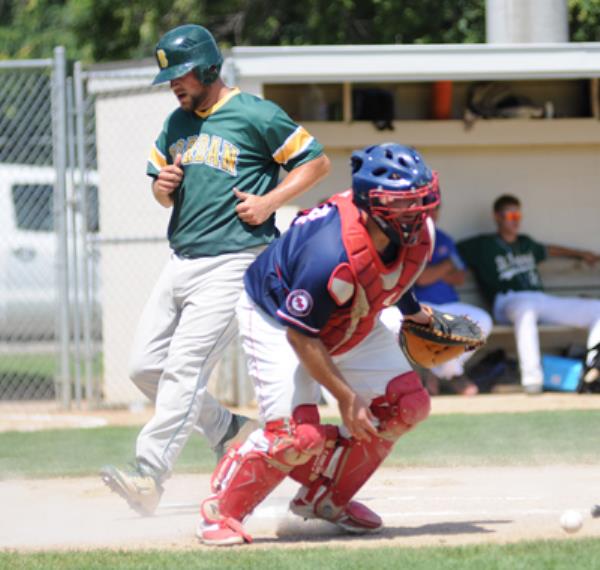 Class C rankings: Plenty of shakeups throughout in lastest poll
Posted on Jun 21, 2019

Get ready for a shakeup with this week's poll. There was a lot of movement throughout the list, beginning with the top spot. New Market claimed No. 1 outright with all four first-place votes after it shared the honor with Plato in the previous poll.

Speaking of Plato, the Blue Jays slid down to No. 8 following losses to Young America and Winsted. The Sartell Muskies took advantage of the slide to climb to No. 2 in the poll. Sartell has just one loss this season and that came against Class B power the Cold Spring Springers.

Elsewhere, the Jordan Brewers are off to an 11-1 start, having suffered their first loss of the season Tuesday to Class A's Baseball 365. The Brewers grabbed the No. 3 slot in this week's poll.

Young America dropped down to No. 4 as Jordan rose from No. 10 and Sartell moved up two spots. Buckman stood pat at No. 5 while New London-Spicer jumped to No. 5 after claiming the Stearns County Classic title.

Watkins, by way of an undefeated started, moved into the top 10 at the No. 7 spot.

Waconia moved into the top 10 at No. 9 by rising to the top of the Crow River and Brownton claimed the No. 10 spot with wins over Hutchinson and Plato. The Huskies were ranked No. 6 in the previous poll.

1. New Market Muskies  — 16-0 and off to a fantastic start in the DRS, had a great tourney last year and if they stay Class C, I expect to see them in the field again.

2. Sartell Muskies — 14-1 keeping with the fish theme here at the top of the list, only loss so far is to the Cold Spring Springers.

3. Waconia Lakers — Have risen to the top of the CRVL and have a good complement of young and seasoned players to rely on. Question is can they get through the rugged Region 7C tourney?

4. Jordan Brewers — 11-1 currently undefeated in the RVL and looking good, can they keep it going and make a run in the tourney? We will see.

5. Buckman Billygoats — 8-1 in the Victory league and leading the way now with Sobieski in Class B in Region 8.

6. Hutchinson Huskies — 9-3 and leading the way in the North Star league so far but Maple Lake is right on their heels.

8. Maple Lake Lakers — 9-4 playing well in the North Star and just behind Hutch in the standings

9. Avon Lakers — 7-0 in the Victory League and looking to keep pace with Buckman

10. Brownton Bruins — 9-2 and currently in second place in the CRVL. Have won some tough games early, can they continue their winning ways as the schedule turns over to July?

Honorable Mention: Kimball Express, Watkins Clippers, Raymond Rockets, Bird Island Bullfrogs (I may have actually put them in my list but they have no updated game results on the website. Ed’s note: Post your team’s results on mnbaseball.org. Our pollsters have clamored for it for years now. Don’t know how? Email support@mnbaseball.org) and St. Patrick Irish.

Aaron Worm — New Prague
1. New Market — The Fish are 16-0 in the DRS and running away with the regular season title, averaging 9.4 runs a game, and allowing just 2.1

2. Buckman — The Billygoats jump a few spots in my poll, with an 8-1 victory league record

3. Sartell — The northern Muskies are off to a fast start in the Sauk Valley League

5. Young America — The Cardinals are 7-3 in the Crow, and just took down Plato before rematch with the defending champs at Target Field.

6. Watkins — Another win against Kimball lands them in the top 10

7. Plato — Falling from the top spot down here is probably too big of slide for the champs, I expect this will be the last time they will be not be in my top 5

8. Avon — Undefeated in the Victory league, early win against a good Nisswa team

10. Montgomery — Mallards have won 4 in a row, very complete team, and I might be extremely bias here, I’m okay with that, Quack Quack

3. Young America Cardinals (8-4) — The Cardinals have kicked it into gear with some key Crow River Valley League wins early.

6. Pierz Lakers (6-2) — It’s early, but the artists formerly known as the Lastrup Lakers started 6-0 in Victory League play. Included is a 7-5 win over a good Upsala Blue Jays squad.

9. Brownton Bruins (9-3) — Victories over Hutchinson and Plato help move the Bruins into this poll.

2. Sartell Muskies — Only one loss to Cold Spring Springers