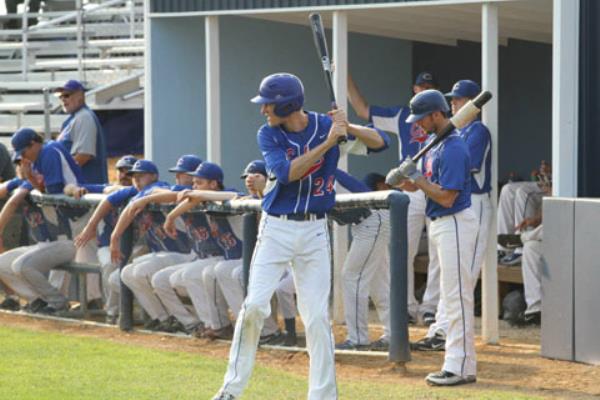 There has been a lot more parity this season in Class B and the latest rankings reflect that. Defending state champion Chanhassen remained in the top spot but after that a number of teams swapped spots.

The biggest shakeup took place with Chaska moving into the No. 2 spot, displacing previous No. 2 Miesville. The Cubs ranked No. 3 in the previous poll and Section 3B is shaping up to be an exciting race.

Northfield, in an ultra-competitive Section 1B, stayed at No. 4 in this poll while Cold Spring and Moorhead shared the No. 5 spot. Section 2B remains as tight as ever with those two, as well as Beaudreau's, Brainerd, Sobieski and others.

Blaine got the most attention out of Section 4B teams and claimed the No. 7 spot once again. Elko remained at No. 8 as another Section 1B team seeking one of the four state tournament berths. Another Section 1B team, Dundas, garnered votes but dropped out of the top 10.

1. Chanhassen Red Birds — Is there any doubt? 17-3 record, a lucky beat over Moorhead, a home run fest versus Cold Spring.

3. Northfield Knights — Lost to Miesville (beat them earlier this season), but showed in last few weeks they can play with anyone in a wide open Region 1B.

4. Miesville Mudhens — Lost five of six games, but has rebounded with nice wins over Northfield, Rochester and Jordan. 12-6 record.

5. Cold Spring Springers — 17 wins. Still playing with any and everybody.

8. Moorhead Brewers — Beefed up schedule this summer. Competitive throughout.

10. Beaudreau's Saints — Sneaking under the radar.

2. Chaska Cubs (19-4) — It’s a two-horse race for the top spot in Section 3. Chaska has been finding ways to win, nearly topping Chan earlier in the year.

3. Miesville Mudhens (12-6) — Nos. 3 through 10 are a tossup to me at this point in the season, with a lot of the top teams taking a few losses in recent weeks. Miesville lost five of six in mid-June, but has gotten back on track since, winning its last four, including a win over Northfield.

4. Northfield Knights (19-7) — Cooled off a bit since a hot start, but still should be there come state tourney time.

5. Blaine Fusion (21-6) — Probably the most consistent team over the last couple of weeks with just one loss since June 15. Losing Alex Boxwell to the American Association takes a potent stick out of the lineup.

6. Cold Spring Springers (17-6) — I feel like the next three are interchangeable with everybody beating up on everybody. A win over Northfield gives the Springers the bump here.

7. Beaudreau's Saints (12-4) — Everybody seems to forget about Beaudreau's (myself included) every year and then you look up in mid-July and they’ve won 2/3 of their games.

8. Moorhead Brewers (11-5) — One win over the Springers, but really now other marquee wins other than that. Had Chan on the ropes and THEY LET EM OFF THE HOOK (RIP Denny Green).

9. Dundas Dukes (16-7) — Went into Fourth of July winners of seven straight, but have stumbled a bit after the fourth, falling to Rochester and New Market.

10. Elko Express (21-5) — The Express probably don’t get the credit they deserve, playing in the DRS, but one-run losses to Chaska and Dundas, and wins over Miesville and Eagan look good on the resume.

1. Chanhassen Red Birds — Talented players up and down the lineup and quality pitching depth have Chanhassen at the top of the rankings again. Winners of six straight including victories over Chaska, Cold Spring, and Moorhead. And they know how to host a fun weekend at Red Bird/Storm Stadium. They are back at it this week hosting Victoria, Minnetonka, and Shakopee before heading to Chaska for another showdown with the Cubs.

2. Miesville Mudhens — Little bit of a rough stretch in mid June and only 5-5 in their last 10 games but the Mudhens seem to have righted the ship with wins over Jordan, Rochester and Northfield and a split against a rising Elko team. A pivotal Section 1B game at home against Dundas on Sunday.

3. Northfield Knights — Section 1B is a meat grinder with the amount of top level Class B teams. The Knights have split with Miesville in a couple of close games and a win over Elko. Tough schedule the rest of the way so will see where they stack up in the end.

4. Chaska Cubs — The Cubs have won three straight after back-to-back losses to Chanhassen and Rochester in the last couple of weeks. Section tilts with Eagan and Burnsville this week before hosting Chanhassen on Sunday.

5. Cold Spring Springers — A little bit up and down lately for the Springers so will see if they can turn it on as the playoffs near.  Hosting a slew of Section 2B games this weekend along with Beaudreau's Saints.

6. Elko Express — Another 20-plus win season for the Express as they are right in the mix in the tight Section 1B race. They are on the road to face the Dukes followed by a home date with Rochester on Sunday.

7. Moorhead Brewers — Close doesn't count for anything as the Brewers would have liked to get that last out on Friday in Chanhassen but it wasn't in the cards. An 11-1 thumping at the hands of the Eagan Bandits on Saturday has me trying to find the last time this team was 10-runned. Big weekend in Cold Spring coming with Section 2B games on tap against Sobieski, Brainerd and Beaudreau's Saints.

8. Blaine Fusion — Fusion sit atop Section 4B standings with Coon Rapids on their heels. Friday's game is a big one on the road at Forest Lake.

9. Beaudreau's Saints — The St. Cloud team leads Section 2B after splitting with Cold Spring and a win earlier this year over the Brewers on the road. They beat the Springers last week 3-2 in a 17-inning marathon and then shut out Brainerd on Saturday 13-0.

10. Dundas Dukes — Dukes are yet another Section 1B team looking to grab one of the state qualifying spots. After a loss to Hampton on Sunday they will need to come up big this week against Elko, Northfield, and Miesville. Yikes!