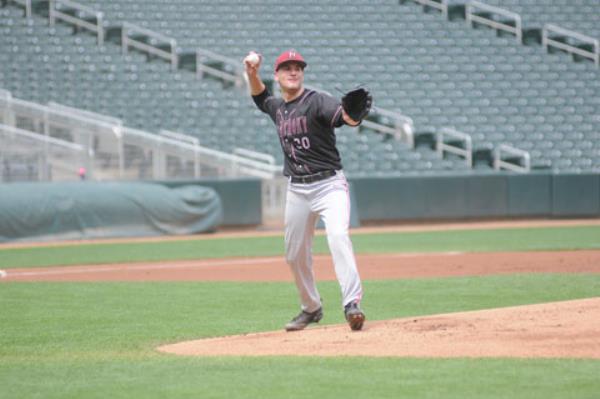 Class A rankings: St. Anthony surges up the rankings
Posted on Jul 19, 2019

After Minnetonka pulled out of a tie with Lyon's Pub for the No. 1 ranking, the Millers created a little more separation in the rankings. Minnetonka gained all four first-place votes once again behind a 30-1 record but our pollsters took notice of a surging St. Anthony squad. The Hogs climbed to the No. 2 spot in this poll after they sat in the fourth spot in the last poll.

Lyon's Pub slipped another spot to No. 3 in this poll but last year's runner-up isn't going anywhere. Another stalwart, St. Louis Park, dipped a slot to No. 4 while the St. Paul Capitals stayed at No. 5.

Stockmen's Irish also stayed in their previous spot at No. 6 and the Minneapolis Cobras didn't move anywhere though several pollster made note of their pitching staff.

Baseball 365 got some love as it moved into the No. 8 spot despite its record. Meanwhile, Hamel entered the top 10 for the first time at No. 9 and the Rosetown A's locked down the No. 10 spot, slipping two spots from the previous poll.

3. Lyon’s Pub Warriors — Unscathed in the Park National, including a lot of one-run affairs ... because they know how to win.

5. St. Louis Park — Everyone knows that pirates are most dangerous when underestimated.

6. Minneapolis Cobras — Venomous as ever; now with more pitching.

7. Stockmen’s Irish — The Irish look to be heading toward a tourney berth again.

8. Hamel Hawks — Third in the RV means they are real.

9. Baseball 365 — Gotta love a squad with Behlen as the field general.  When their rookies get seasoning ... yikes.

9. Edina Buckshot — Hard to find information on their overall record but they beat Park and played Tonka close twice.

1. Minnetonka Millers (30-1) — Yes the Millers finally took a loss.  It seems impossible but it really happened. I guess 30-1 is still a good enough record for the top spot.

2. Saint Anthony Hogs (25-6-1) —  The No. 1 team in the Skyline is looking really, really good. All their losses are to tough teams and they are beating tough teams as well. The Hogs are for real.

3. Lyon’s Pub (23-5-1) — Last year's state tourney runner-up is on top of the P-Nash and looks like they have it locked up. A solid ballclub all around.

4. Saint Paul Capitals (16-3-1) — The only reason I didn't rank the St. Paul League's top team higher is because I haven't seen them play yet. The record is impressive and they are (10-0) in league play.

5. Saint Louis Park Pirates (25-8-1) — No. 2 in the Riverview at 9-2. Still, Park, Tonka, and the Hogs are the only teams with 25 wins. Babies, vacations, and actual injuries have put some Park players on the DL. We will see who they roll out in the postseason.

6. Minneapolis Cobras (17-8) — There is a rumor floating around that the Cobras added not one but TWO ex-pro pitchers to their staff. One was even in the show. If that is true the Snakes already potent hitting lineup may be ready to take down their first title. I hope that I face DeVries and get a knock.  Then by the transitive property I can say I could have been in the big leagues.

7. Stockmen’s Irish (15-6) — Stockmen's is looking tough again.  I would be surprised if they are not in the tourney making waves.

10. Hamel Hawks (8-10) — This was a tough ranking. Hamel has a losing record but is third in the Riverview. They have a few really good pitchers and have given tough games to both Tonka and Park. They may surprise some people.

1. Minnetonka Millers — Consistency is king. 13-0 in league play and basically the same in non-league.

2. St. Anthony Hogs — A preseason dark horse that ain’t so dark anymore. Might be the toughest lineup 1-9 not named the Millers.

3. Lyon's Pub Warriors — Fun team to watch. They play great defense and always seem to get the clutch hit.

4. St. Louis Park Pirates — A little up and down lately, but will still be one of the toughest outs at tourney time.

5. Stockmen's Irish — The young hitters keep hitting for power and pitching has been stellar.

6. St. Paul Capitals — Always take care of business in the games that matter most.

7. Minneapolis Cobras — They score runs in bunches and coincidentally consume postgame brews in much the same way.

8. Rosetown A's — They're right there in the standings and have the lineup to make some waves come tourney time.

10. St. Paul Mudhens — Paper tiger still looking for an identity. Six league games in the next eight days will cement who this team is in 2019.

On The Bubble: Tri-City Shark (took down Stockmen's last week, coming on strong lately), Twin City Saints (Short schedule, but seem to be winning some important games), Minneapolis Mudcats (Good lineup, likely a tough out in their playoffs), Edina Buckshot (Slow start, but coming on strong the last three weeks).