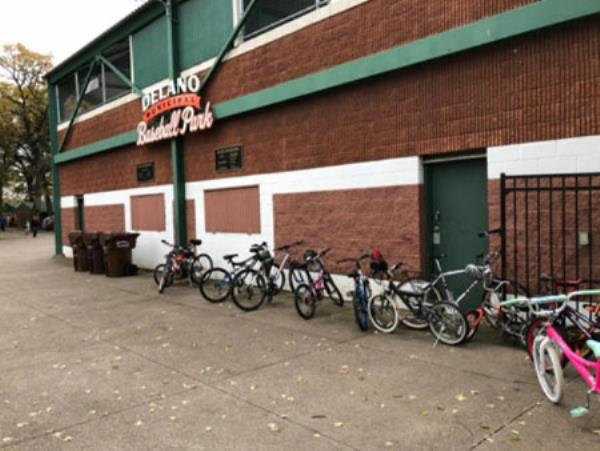 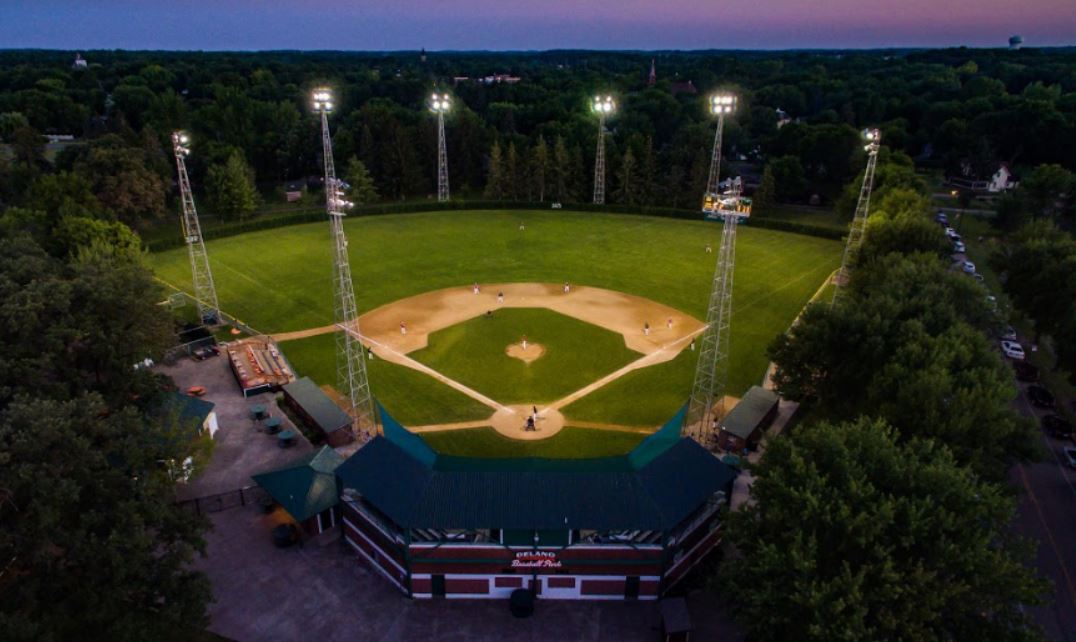 This will be the fifth time that Delano has hosted the Minnesota State Amateur Baseball tournaments including the years 1975, 1984, 1997, 2013, and now again in 2019! For the 2013 State Tournament, ballpark improvements were primarily made with a $190,000 loan from the City of Delano, fundraising efforts by the Delano Athletic Club, and a cadre of volunteers working countless hours on various projects. These improvements included a new digital scoreboard, a remodeled grandstand with stadium seats, fan viewing decks on both the home and visitor sides, a new concession stand, an upgraded sound system, new bathrooms, and an improved field surface!  Below is a link to a Prezi slideshow that will give you a preview of what you’ll see at Delano Municipal Baseball Park. Note: This slideshow presentation was created in 2014 and more improvements have been made since then!

Once you open the Prezi link, go to full screen view. Then click on the arrow at the bottom of the page to move forward in the Prezi slideshow. What has changed at Delano Municipal Baseball Park since the 2013 tourney? Short answer...a lot! Here’s a partial list of improvements: 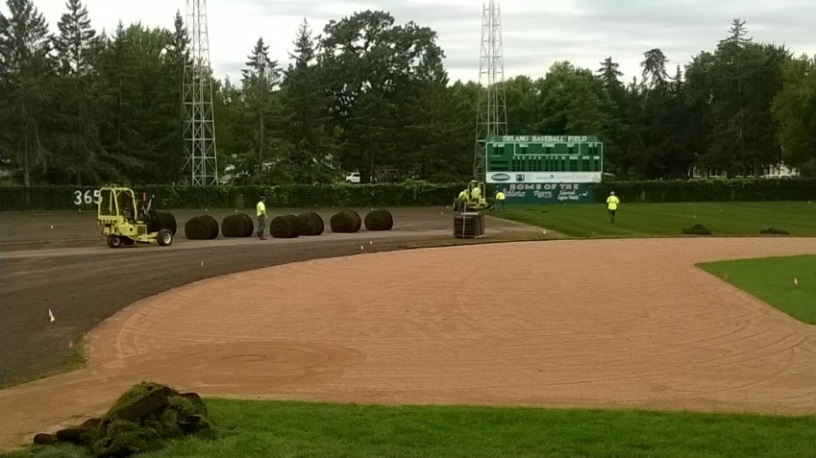 The entire outfield was regraded in 2014 with improved drainage through a FEMA grant. Part of centerfield was raised almost four feet! The irrigation system was upgraded and a separate zone to water the infield “dirt” was added. 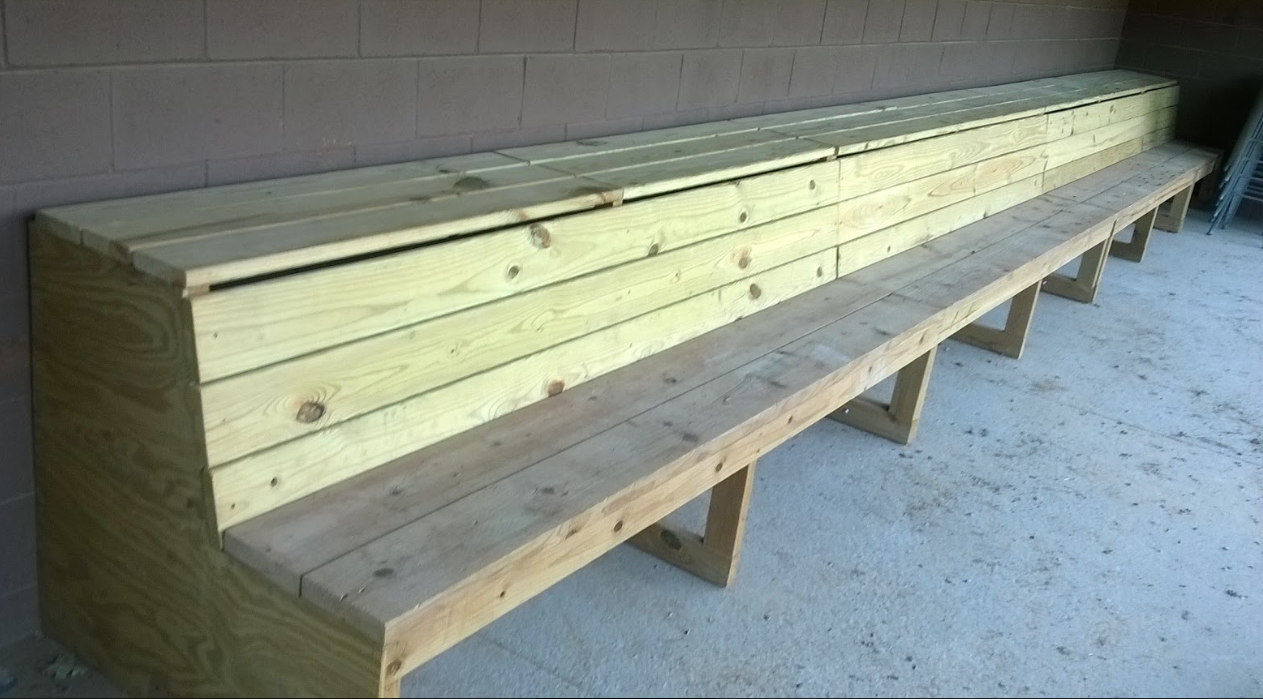 The infield has been edged, releveled, and new ag lime and conditioner have been added. A new Toro Sand Pro zero turn infield groomer was purchased in 2018 to improve field surface maintenance. The dugouts have been expanded! New two-level benches with storage were built as an Eagle Scout project in 2016. Stools are provided for each dugout so players can also sit at a 4-foot fence that has new Major League style squared off padding. There also are cubbies for players’ gloves and more equipment shelving options. 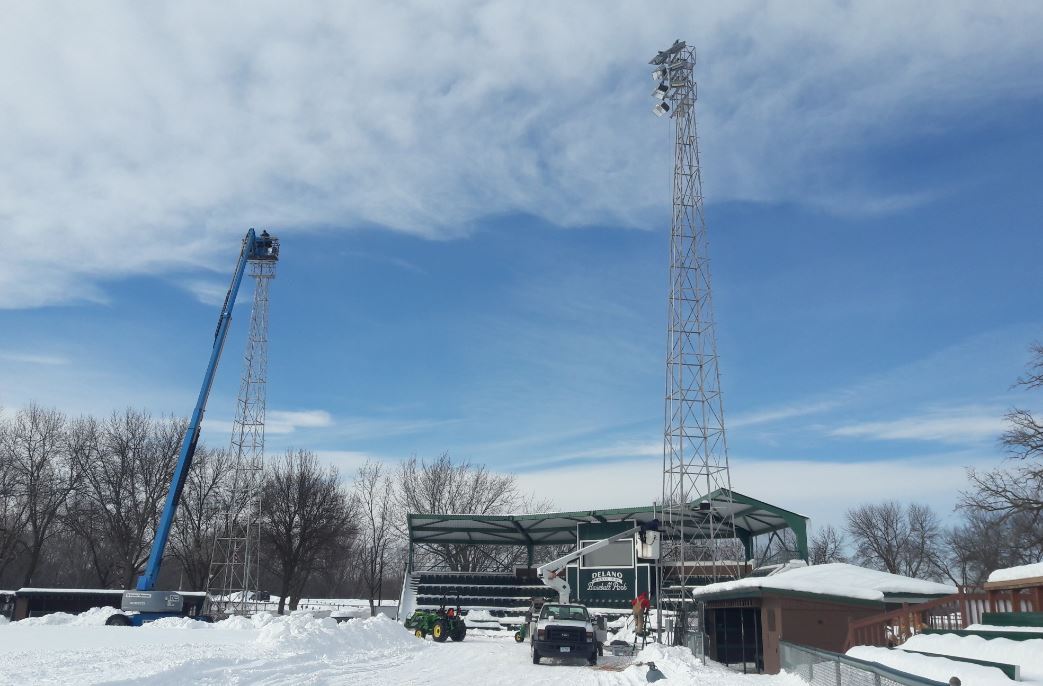 New LED lights were added in 2019. They’ve been upgraded from the typical norm of 50/30 candle watt power to 60/40. Each light tower also features uplighting that lights up the underside of the ball for pop ups and fly balls. New just weeks ago for the 2019 state tournament are a newly built Hilltopper mound and home plate area. 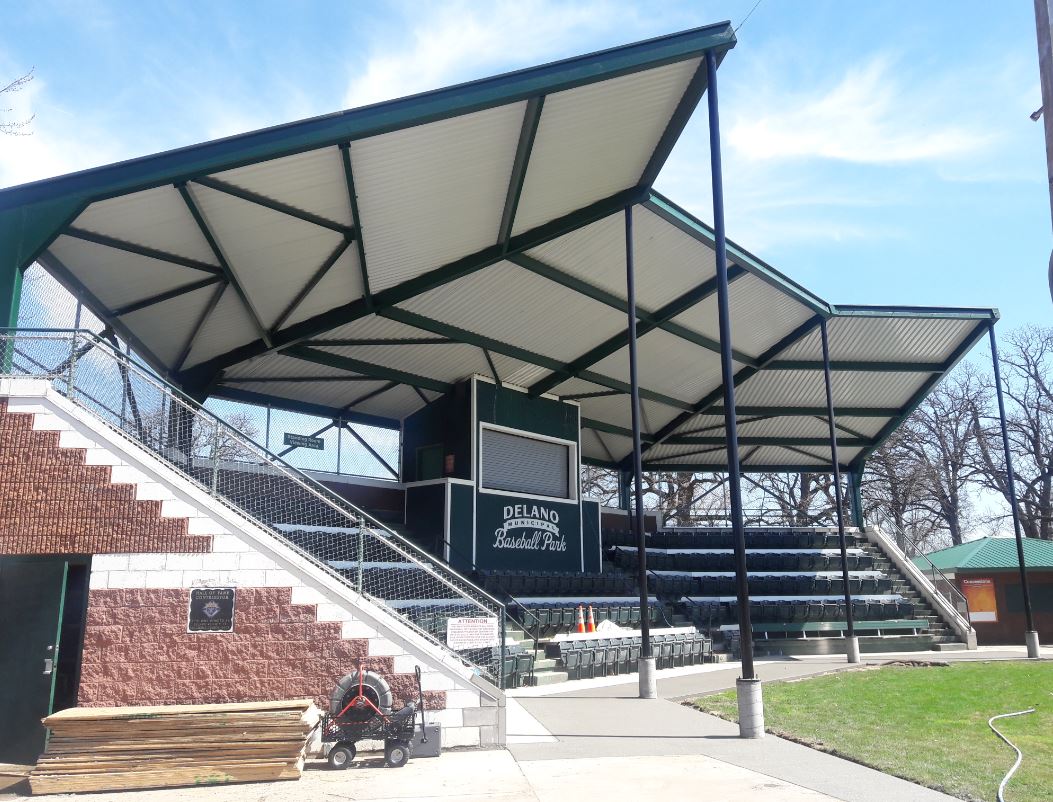 Grandstand Roof Extension was built in 2019. Previously, the roof covered about one-third of the grandstand seating, but now covers the entire grandstand and walkway. It provides more shade and protection from rain. New backstop was built and raised from 18 inches to 32 inches in height, keeping more foul balls inside the park. New thin Dyneema Backstop Netting was installed and provides clearer views for fans.

New Trex Knee Wall was built and is a nice aesthetic improvement. Grandstand walkways were widened to improve accessibility and fan flow. Much of the parking lot across the street from the ballpark was paved.Total parking lot space has been enlarged by 2 ½ times since 2013. 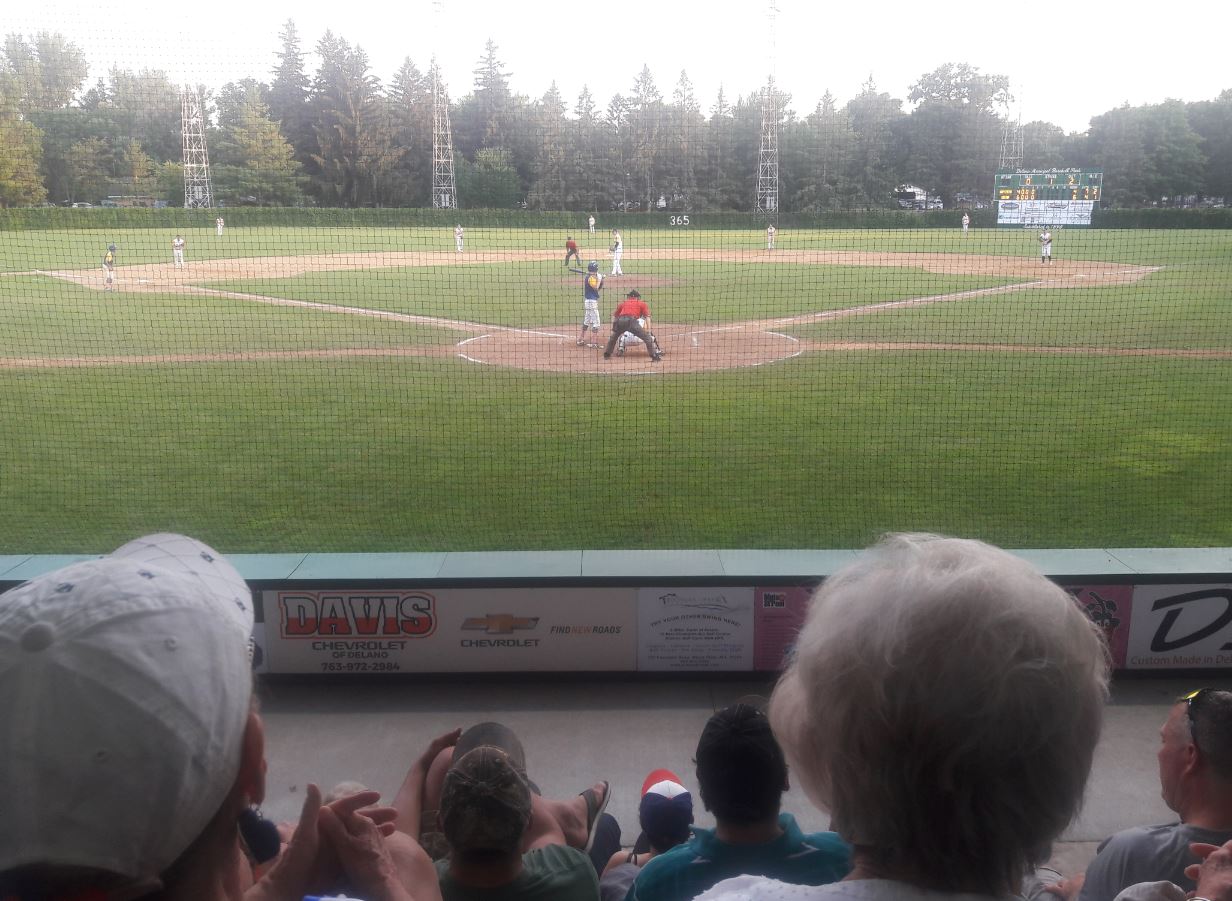 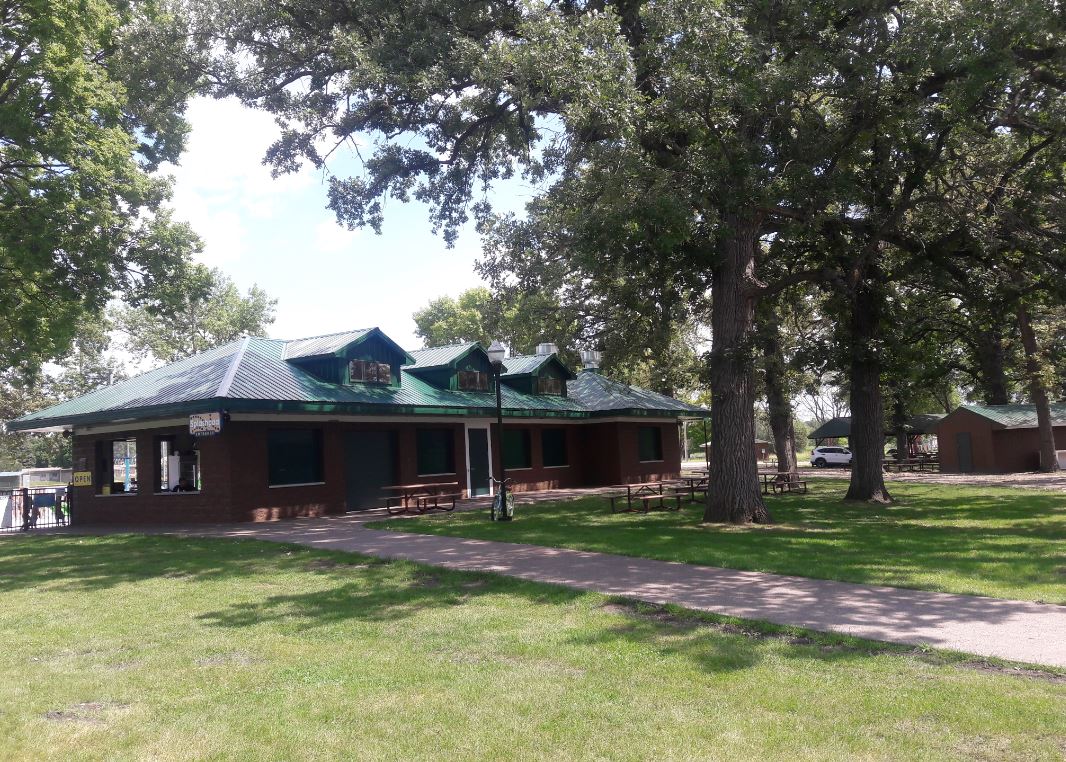 Two new crosswalks with flashing lights were installed in 2019 to provide safer access from the parking lot to the ballpark. A new larger concession stand attached to the splash pad was built in 2018. It Includes a $200,000 commercial kitchen and will provide more concession options for the 2019 tourney. Plus a shaded picnic area to hang out between games!

For State Board members and others! 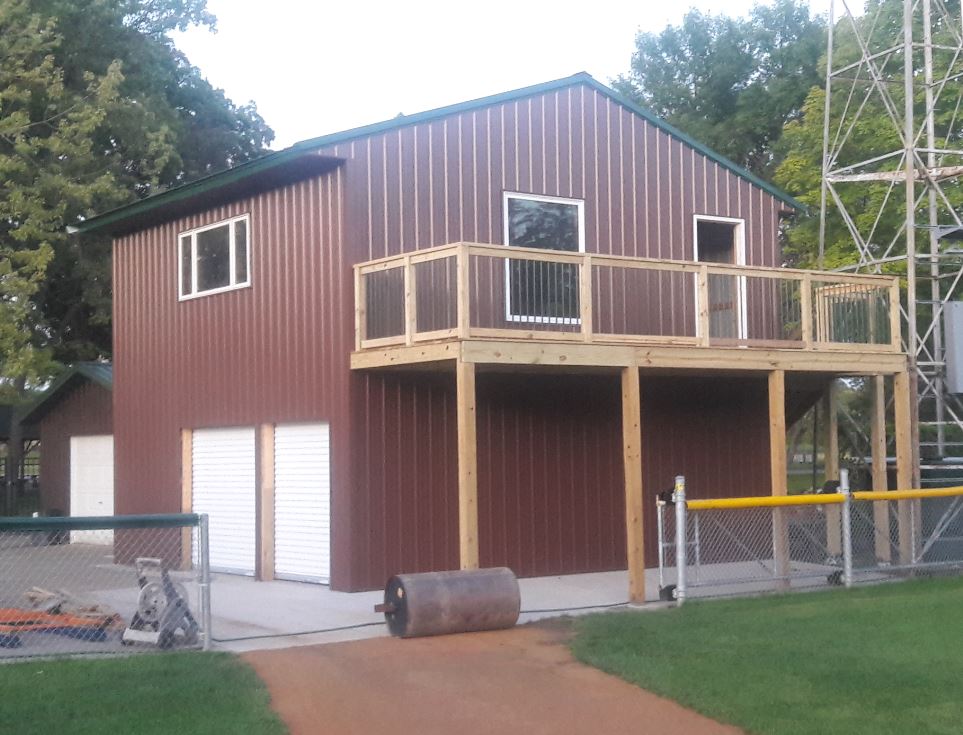 A two story multi-use structure was built down the third base line. The upper level inside space will be air-conditioned and used as the State Board Headquarters for the tournament. The attached deck will be used as the State Board Field Box. Fans will benefit from another viewing option from the covered 24-foot by 8-foot patio under the deck. Our grounds crew is excited about the lower level 24-foot by 24-foot maintenance garage that will provide easy access to the field!

We are proud to host the 2019 State Amateur Baseball Tournament and look forward to having you visit our ballpark! We are excited about all of the beautiful town team ballparks throughout the state that have been built, refreshed, or renovated in recent years! Town team baseball is alive and thriving thanks to your support!