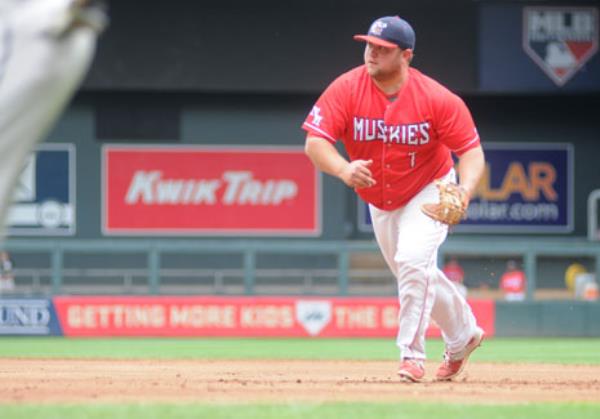 It has all come down to this: the 2019 Class C state tournament and the final Class C rankings of the season.

After vying for the top spot most of the season, the New Market Muskies moved out from a tie with the Sartell Muskies in the last poll to gain all four first-place votes before the state tournament begins Friday in Delano, Maple Lake and Dassel. Sartell claimed the No. 2 spot with all four second-place votes. Those anticipating a Muskies matchup might get it in the semifinals if both teams advance through the bracket.

It’ll be a tough path to get there as the pollsters had a tough time separating teams in the final rankings. Young America and Jordan share the No. 3 spot and there’s a three-way tie for the No. 9 spot.

Raymond, the 2016 champion, claimed the No. 5 spot outright and Waterville, behind its 30-game winning streak, jumped to the No. 6 spot. New London-Spicer and St. Patrick share the No. 7 spot.

As for that No. 9 ranking, well, there’s Nisswa, New Ulm and Hutchinson, which all had eight points.

This is supposed to be the final one for 2019. Thanks to all the teams for listing their results in easily accessible places, like this website or their league websites. It makes the pollsters’ lives easier.

3. Young America Cardinals — All the Cardinals do is keep winning big games.

4. Jordan Brewers — The Brewers are definitely a team to watch to the rest of the way.

5. New London-Spicer Twins — The Twins have had a great season.

6. Nisswa Lightning — Nisswa stormed through the playoffs with wins over Randall (13-3), St. Stephen (20-0) and a  strong Fort Ripley team (6-5) that’s also likely to make some noise at state.

7. Red Wing Aces — They’ve played a really tough schedule, including Class A and B teams, and they have a great tradition.

8. New Ulm Brewers — The Tomahawk East League champs were 16-4 in the regular season.

9. Fort Ripley Rebels — Fort Ripley has been one of the top teams in the Victory League all season.

10. Lake Henry Lakers — It wasn’t that long ago that these guys were playing for the state championship. They’ve earned a state berth in a balanced Region 15C that will feature two other worthy Stearns County League teams.

1. New Market Muskies — Winners of Region 3C, the Muskies are so deep in pitching and now with draftee Matt Lane from Faribault, they are my favorite and pick to win the whole thing.

2. Sartell Muskies — The top of the rankings are held by Muskies, these two teams could see each other in the final four.

4. Young America Cardinals — Winners of their region with a lot of experience from last year’s final four run, could see a Jordan/Young American final four.

5. Waterville Indians — Picking up just their second loss of the season to Jordan in the region finals, the Indians should represent the 13/60 League well at state.

6. St. Patrick Irish — I apologize that the Irish haven’t got back on my rankings sooner.  They have plenty of talent to make a deep Labor Day weekend run. In my defense, I had Montgomery and New Prague each in the top 10 this year, and neither team is going to state. So maybe you don’t want to be in my top 10.

7. Buckman Billygoats — Took third out of their region, but you can’t drop from the top spot all the way out of the rankings so they land here.

8. Nisswa Lightning — The Lighting are back at state out of the tough Victory league and winners of their region.

9. Hutchinson Huskies — With Delano not advancing to state, Hutch will be looked to represent its league strongly at state.

10. Red Wing Aces — I saw this team beat a good St. Patrick team last year at state, I am sure a lot of talent once again this year.

1. New Market Muskies — No. 1 seed coming out of the DRS and Region 3C. Did a number on the teams in the region tourney and were fortunate enough to draft Matt Lane from Faribault.

2. Sartell Muskies — Once again the No. 1 seed out of Region 11, looking to them to make a good run in the state tourney.

3. Young America Cardinals — No. 1 seed out of Region 7C and added some good depth to an already stacked pitching staff, if they can get to Labor Day weekend they have the pitching to make some noise.

4. Jordan Brewers — No. 1 seed out of Region 6C, beat a quality Waterville club to claim the top spot.

5. Raymond Rockets — No. 1 seed out of Region 4C, not the cleanest of seasons for the Rockets but they got things going at the right time of the year.

6. Hutchinson Huskies — No. 1 seed out of Region 12C, after Delano was knocked out of the region Hutchinson took control for the North Star League.

7. St. Patrick Irish — No. 2 seed from Region 3C, they have a good balanced ball club and could make some noise again this year, just like last year in the tourney.

8. New London Spicer Twins — Come out of Region 4 with the No. 2 seed and looking to improve on last year’s performance at the state tourney.

9. Carver Black Sox  — No. 2 seed from Region 7C, with the added help in the pitching department, they can still put up runs in bunches, should be fun to watch them again this year.

10. Waterville Indians — No. 2 seed from Region 6C, they had an impressive 30-plus wins this season, are they ready for the increased competition of the state tourney? I think so.