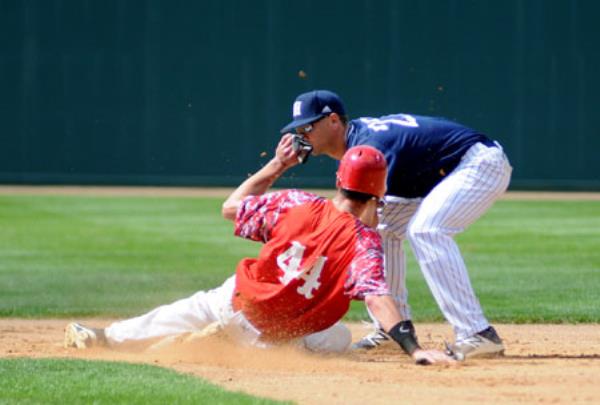 Class B prognosticators weigh in on how this year's tournament will go
Posted on Aug 15, 2019

All the rankings throughout the season have illuminated us as to who to watch but now on the eve of the 2019 Class B state tournament it's time to see who we should really watch.

All season long Chanhassen has garnered the most attention as the defending champion and the No. 1-ranked team in Class B the whole season. But the question remains: who will present them with the toughest test? We'll find out shortly.

The Favorite: Chanhassen. Second in 2017, champions in 2018, the Red Birds have the most talented lineup in the state, especially with the addition of slugger Michael Jurgella to go with Brandon Arnold, Garrett Fischer, 2018 MVP Justin Anderson and Zach Hoffmann. Augustana talent Riley Johnson will be back from a stint in the Northwoods League as well. Pitching staff is loaded led by John Straka, a former St. Paul Saints pitcher.

The Dark Horse: Northfield caught my eye in 2018 and I think they're going to push to be playing on Labor Day but they may have to go through both Beaudreau's and Chanhassen. Rochester, despite being the four seed out of Section 1, has two really good arms and could be a force as well.

The Upset: Rochester over Blaine. Watch out for Victoria and Cold Spring. Riley Sweeney has been tremendous for the Vics this summer. Victoria will need to generate four or five runs though against a tough Springers staff.

The Favorite: 2019 favorite has to be Chanhassen. Coming off a title in 2018, the Red Birds added a huge No. 1 starter in John Straka. They didn’t lose anyone and have a loaded roster. Look for Chan to win another title. MVP prediction goes to Brandon Arnold.

The Dark Horse: Not sure I can call them a dark horse in the tourney as they are always in it, but I see Cold Spring making a run this year. If they have their full roster, they are tough to beat. Femrite will need to take them there, but with VanLoy and team they have a chance.

The Upset: Beaudreau’s are my upset in the first round. Northfield is tough with a good pitcher in Mathison, but I see the Saints pulling off the upset here. It is a tough bracket at the top this year, so it will be fun to see how things end up. Good luck to all teams!

The Favorite: It can't be anybody but Chanhassen. Far and away the best team in Class B all year. Will be a tough out in the coming weeks with a deep staff and lineup.

The Dark Horse: Beaudreau’s is a team that probably doesn't quite the credit it always deserves, usually being overshadowed by Cold Spring and Moorhead from its section, and especially after missing out on last year's tournament after a surprise loss to Hibbing in sections. The Saints could be due for a long run in the tourney.

The Upset: Any of the four seeds winning would be a surprise to most, but how about the LoGators giving Chan a run? Rochester is matched up with Blaine, whom they beat a couple years ago in a similar fashion. The Moorhead Mudcats, making their first tourney appearance topping Miesville would be quite a surprise, but the one matchup to watch in the 1-4 is Victoria-Cold Spring. Riley Sweeney for the Vics for presumably Femrite will be a fun pitching matchup to watch.

The Favorite: Chanhassen. Not much of a mystery there. Red Birds looking to repeat after strong regular season.

The Dark Horse: Northfield — With their tourney success the last couple of years, it’s kind of hard to call them that. Facing the grinder of Section 1B will have them ready for a tournament run.

The Upset: Anoka over Chaska. Arrgh matey. All aboard the Jolly Roger!