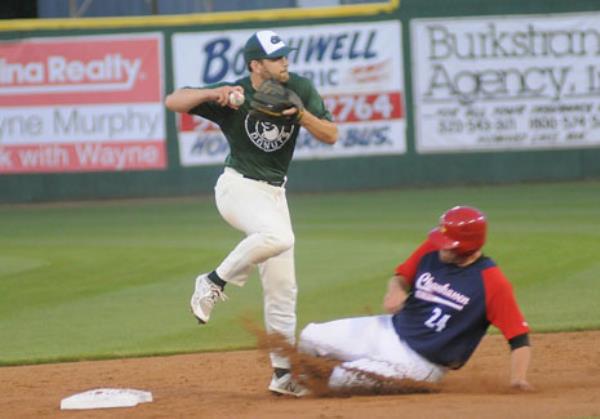 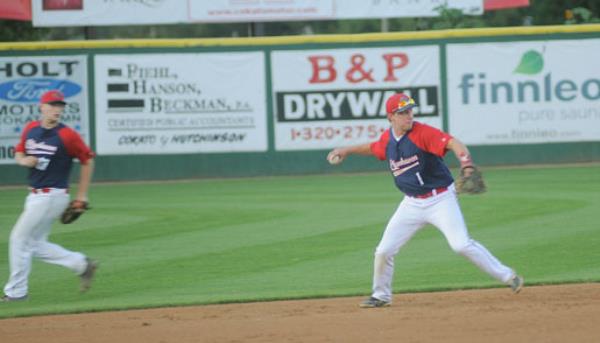 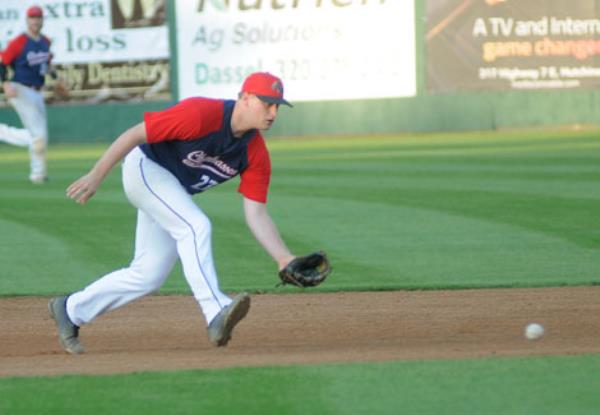 Class B roundup at Dassel: Chanhassen survives in pitcher's duel with Champlin Park
Posted on Aug 17, 2019

It could’ve been a routine first-round game Friday in Dassel for Class B defending state champion Chanhassen but it developed into a pitcher’s duel between Red Birds’ ace John Straka and Champlin Park ace Sam Riola with a little excitement at the end.

Chanhassen mounted a pair of threats in the middle innings but didn’t scratch across a run until the bottom of the ninth with the bases loaded and one out in a 1-0 walk-off victory over the LoGators.

Straka locked into a battle with Champlin Park starter Sam Riola as each threw eight scoreless innings. Straka held the LoGators from Section 4 to two hits in a complete-game shutout while Riola limited the potent Chanhassen lineup to four hits through eight innings innings.

In the bottom of the ninth, Chanhassen’s No. 3-hitter Michael Jurgella drew a lead-off walk and after a called third strike to No. 4-hitter Justin Anderson, Nick Smith singled, which moved Jurgella to third. Garrett Fischer reached on a hit by pitch to load the bases with one out and that’s when the Red Birds turned to pinch hitter Aaron Pfaff with the game on the line. Pfaff delivered a slicing single to shallow center field to score Jurgella and keep Chanhassen on the path toward a second consecutive Class B title.

Fischer reached base three times and finished 2-for-3 as the Red Birds finished with six hits in the game.

Straka, a former minor league and St. Paul Saints pitcher, cruised through much of the game. He did not walk a batter and hit one while striking out four. Riola, a pitcher at Iowa Western, struck out 11, walked three, and worked out of jams in the fifth and sixth innings.

The Red Birds put runners on first and third with two outs but Riola struck out Shawn Riesgraf to end the inning. In the sixth, Riola gave up a lead-off double to Brandon Arnold but retired the next three hitters to end the inning.

Champlin Park had a chance early to take the lead when Reid Conlee doubled with Ryan Bruns on second base but a baserunning gaffe prevented Bruns from scoring and the LoGators flew out to right field to end the inning. Champlin Park went hitless the rest of the game and had only two base runners in the final five innings.