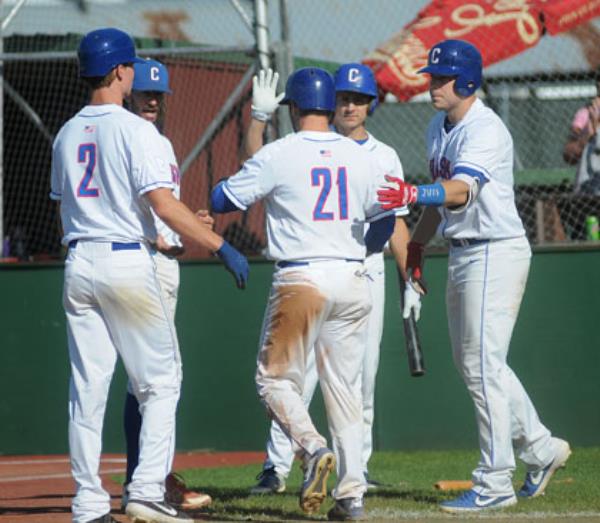 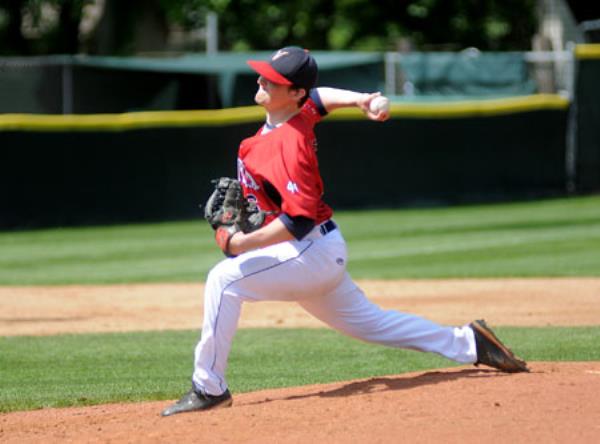 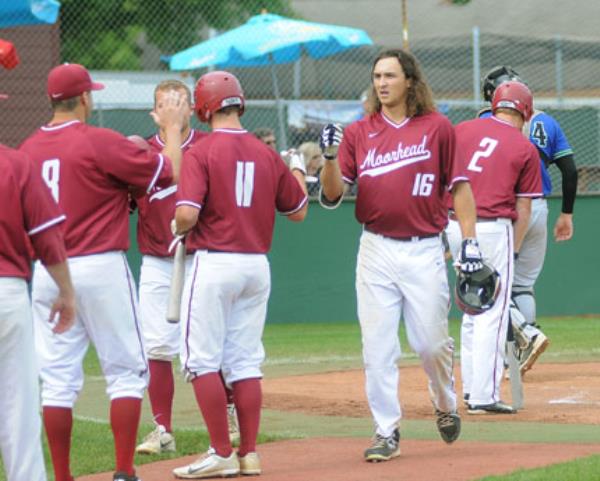 Class B roundup at Dassel: Chaska knocks around Anoka to advance
Posted on Aug 18, 2019

Chaska advanced to the state tournament after scoring a total of seven runs in defeating Burnsville in its Section 3B playoff series but a short memory is a good thing in baseball as the Cubs put that behind them in a 10-0, seven-inning win over Anoka in the Class B state tournament Sunday in Dassel.

Steve Edlefsen went 3-for-4 with an RBI while Dylan Peterson drove in two runs as part of a three-run second inning. Chase Hentges finished 2-for-3 with two RBI as well. Hentges added to the Cubs’ lead in the sixth with run-scoring single.

Chaska extended its lead in the fifth inning after Matt Halloran and Hentges singled. A throwing error on a bunt loaded the bases and Edlefsen singled to score Halloran. Tyler Polster got an RBI with a sacrifice bunt to score Hentges to make it a 5-0 game.

The Cubs added a run on an RBI single from Hentges in the sixth inning and broke out for four runs in the seventh to end the game early. Tyler Peterson singled to right field with the bases loaded to end the game after Chaska strung together six hits in the inning. Tony Lane, Justin Johnson and Halloran all drove in runs.

The Bucs had a threat in the fifth inning after Ian Walker and Jake Irlbeck collected back-to-back base hits to start the inning but Walker got thrown out at the plate on Irlback’s double. The inning stayed alive after a dropped fly ball in center field but Anoka hit into an inning-ending double play.

Chaska moves on to face Miesville Saturday at 1:30 p.m. in Dassel. The Mudhens defeated the Moorhead Mudcats Saturday 6-2 to advance.

Riley Sweeney and the Victoria Vics shut Cold Spring down in a 3-1 victory Sunday at Dassel.

The Vics took advantage of the few opportunities they got from Cold Spring starter Zach Femrite while Sweeney traded zeros with him in an impressive start.

Femrite walked six batters and gave up six hits as the Vics stayed patient. Their big chance came in the eighth after Andy Andressen walked and Carter Schmidt singled. Jared Davidson laid down a bunt that Femrite fielded and chose to go to third for the out. His throw sailed into left field and allowed Andresen to score. Femrite exited after walking Matt Dolan and Hunter Even brought in Schmidt on a sacrifice fly to right field off reliever Jack Arnold to make it a 3-0 game. Femrite allowed three runs on six hits and struck out seven.

The Springers got a run back in the bottom of the eighth though they had a chance for more. Brian Hansen reached on an infield single and Garrett Fuchs doubled to give Cold Spring runners on second and third. A fielder’s choice brought in Hansen but a pair of ground balls to third ended the inning.

Victoria took a 1-0 lead in the fourth inning when Dolan singled with one out. Even followed with a base hit and Mitchell Olson loaded the bases when he got hit by a pitch. Trey Cavello reached on a fielder’s choice to score Dolan. Cold Spring thought it had turned a double play but Cavello was ruled safe at first base.

Cold Spring had a chance to tie it in the sixth when Eric Loxtercamp hit a leadoff single. Jordan Barth followed with a base hit and tried to stretch a single into a double. Barth got thrown out at second but Loxtercamp moved to third. Sweeney got Joe Dempsey to pop out and Drew VanLoy flew out to left field to end the inning. The Springers left 11 runners on base.

Sweeney fired seven shutout innings allowed six hits, walked one and struck out two. Corey Binger threw the final two innings and danced out of jams each time. Binger gave up four hits, walked one but got a strikeout to end the game.

Victoria will face Dundas next Saturday in Dassel at 4:30 p.m.

Moorhead is accustomed to lengthy tournament runs and embarked upon perhaps another one Sunday with a 5-4 victory over Eagan in Dassel.

The Bandits jumped out to a 1-0 lead in the top of the first inning when Justin Wienberg hit a leadoff double and scored on an infield hit but the Brewers went to work to mount a response.

It came in the form of a four-run rally highlighted by a three-run home run to center field from Jayse McLean. Denver Blinn hit a leadoff single and scored on a fielder’s choice before the home run for the Brewers, who have finished third the past two seasons and runners-up three years ago.

Eagan got a run back in the fourth inning when it collected back-to-back singles to start the inning. Luke Dahl scored on a ground out to make it 4-2.

Moorhead responded in the bottom half of the inning when Spencer Flaten doubled and scored on a single from Nick Salentine to make it 5-2. Salentine and Blinn each had two hits in the game for the Brewers.

Ernst ran into trouble in the seventh inning but limited it to just giving up two runs as the Bandits made it a one-run game. Ernst issued back-to-back walks to start the seventh before Wienberg reached on a one-out infield single to score Tony Johnson. Jake Ossell delivered a run-scoring single to right field to make it a 5-4 game.

Jason Beilke and Parker Trewin combined to throw two scoreless innings and send the Brewers through to next weekend where they’ll get Blaine Saturday at 11 a.m. in Dassel after the Fusion beat Rochester 10-0 in eight innings Saturday.