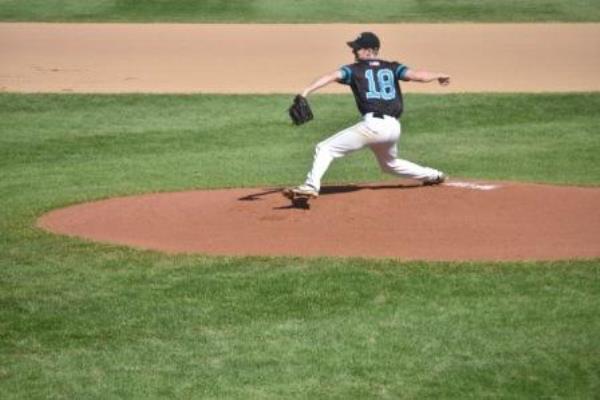 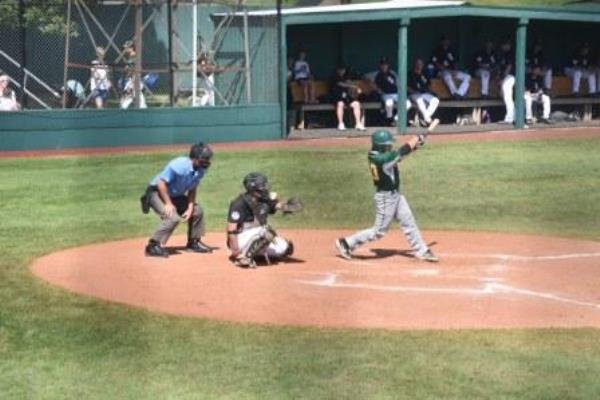 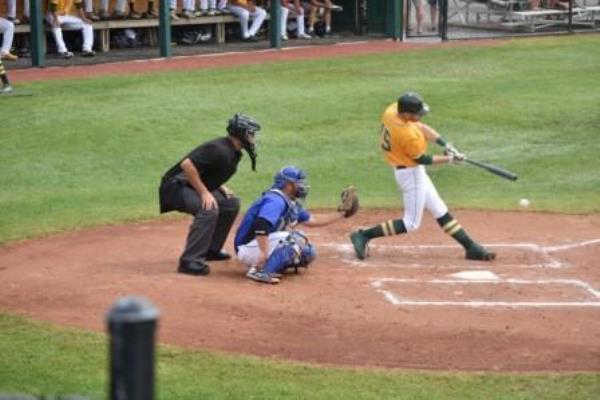 Green Isle started fast with two runs in the top of the first inning, but it didn’t faze Sauk Centre.

Josh Anthony did the damage for Green Isle in the first inning with a two-run single. It scored Lucas Herd and Aaron Brush, putting the Irish up 2-0.

Sauk Centre tied it up 2-2 in the second inning when Andrew Rousslange scored as Andrew Primus reached first base on a fielder’s choice while Jake Haskamp got tagged at second base. Primus scored later when Bryan Zollman hit an RBI single.

Sauk Centre added a run for a 5-2 lead in the bottom of the sixth inning when Brian Buening singled to score Holm.

Green Isle crept back in the top of the eighth inning when Cameron Smrekar hit an RBI double, scoring Zach Herd. The Titans adjusted with a pitching change.

Buening threw the final 1 2/3 innings for the Titans and fanned four batters. That included a quick top of the ninth with a couple of strikeouts and a pop up. Nate Hartmann garnered the only hit against Buening.

Marble started fast but couldn’t buy a hit after three innings in holding on for a 4-3 victory against New Munich.

The Mallards jumped ahead in the first inning when Nick Shea hit a sacrifice fly to score Hunter Shepard. The Mallards added another three runs in the bottom of the second inning to take a 4-1 lead.

New Munich scored its first run in the top of the second inning. John Stangler drove in Tanner Rieland for the score on a single.

Pitcher Aaron Vogt also sparked New Munich as he pitched six scoreless innings. Vogt, a draftee from Elrosa, didn’t allow any hits for 3 2/3 innings. He came in during the third inning and fanned seven batters and allowed one hit.

New Munich cut the lead to a run in the top of the eighth inning with RBI singles by Rieland and Logan Funk. Marble tried to pull a double play on the second RBI, but Funk beat the tag at first base.

The Silverstreaks had runners at second and third base in the top of the ninth, but couldn’t get anyone across as the Mallards held on for the win. Marble will play Hutchinson 7:30 p.m. Aug. 23 in Maple Lake next.

Avon second baseman Riley Voit drove in all of his team’s runs in a 3-1 win over Lake Henry.

Voit got the first of Avon’s runs across in the seventh inning with a two-run single. He went to the plate with the bases loaded and two outs and the game deadlocked at 0-0.

Carter Holthaus had Avon threatening for the first time in the fifth inning when he got on base and the following batters moved him to third. He couldn’t get home though as Lake Henry fielded all of the following three batters.

Lake Henry’s defense held Avon in check again after giving up a leadoff double in the sixth inning, retiring three of the next four batters. Despite falling behind 2-0 in the seventh inning, Lake Henry threatened with its bats in the bottom of the seventh and eighth innings.

Lake Henry catcher Shane Kampsen singled and moved center fielder Aaron Savelkoul to third base. Designated hitter Josh Kampsen went for the RBI when he swung for a gap in the outfield, but Avon’s Josh Becker made a diving grab to end the inning.

Second baseman Jason Kampsen put Lake Henry on the board for the first time in the bottom of the eighth inning with a run. Savelkoul drove him home with a shot to the right field wall for a double. It left Lake Henry with runners at second and third base, but Avon escaped with a groundout to move on to the ninth with a 2-1 lead.

Voit gave Avon an insurance run when he singled to bring home shortstop Caleb Curry. Avon’s defense did the rest in the bottom of the ninth, fielding the first pitch and then collecting two pop flies.