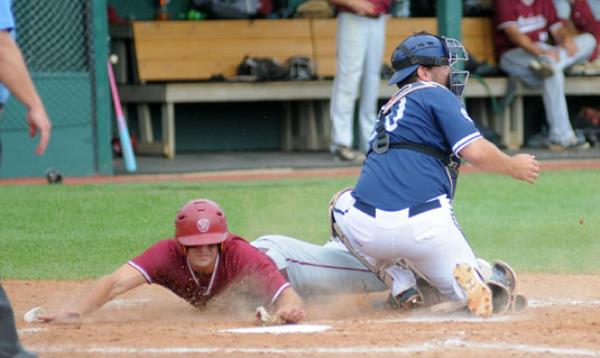 There was little doubt among our pollsters as to who should reign as the No. 1-ranked team in Class B, though not everyone was totally convinced.

Two-time defending Class B champion Chanhassen remained at No. 1 even though the Red Birds didn’t get all four first-place votes.

Pollsters took notice of Moorhead’s impressive run and the Brewers vaulted to the No. 2 spot after starting the season at No. 4.

Miesville remains a threat and is just two years removed from repeating as champions. The Mudhens drop to No. 3 this time but face an increasingly tougher Section 1B.

Blaine dropped a spot to No. 4 in this poll but some pollsters think the Fusion are poised for big things following last season when they came up a game shy of reaching the championship twice.

Chaska got off to a hot start before dropping its first game of the season Tuesday 2-0 to Waconia and the Cubs moved up two spots to claim the No. 5 ranking.

Dundas dropped one spot to No. 6 but the Dukes always seem to be a threat in the postseason.

Coon Rapids garnered some attention and entered the top 10 for the first time at No. 7 while Cold Spring remained at No. 8, though the Springers share that spot with Eagan.

Northfield slipped from No. 6 in the previous poll all the way down to No. 10.

3. Chaska Cubs (3-0) — The Cubs season is just getting started, but they remain undefeated.

4. Miesville Mudhens (4-1) — Another strong start for the Mudhens including a 3-1 record atop Section 1B.

6. Eagan Bandits (3-1) — Strong start for the Bandits including victories over Chanhassen and Hampton.

7. Cold Spring Springers (4-1-1) — The Springers' only loss came to Northfield in the Coors Light Classic.

8. Elko Express (5-3) — The Express are climbing the Section 1B standings with victories over Dundas and Miesville.

10. Dundas Dukes (3-2) — The Dukes share a lead in Section 1B. They've beaten Hampton, New Market and Northfield and only lost to Moorhead and Elko.

7. Northfield Knights — 4-7 are all interchangeable.

8. Eagan Bandits — Section 3's next group after Chanhassen are all right there as well.