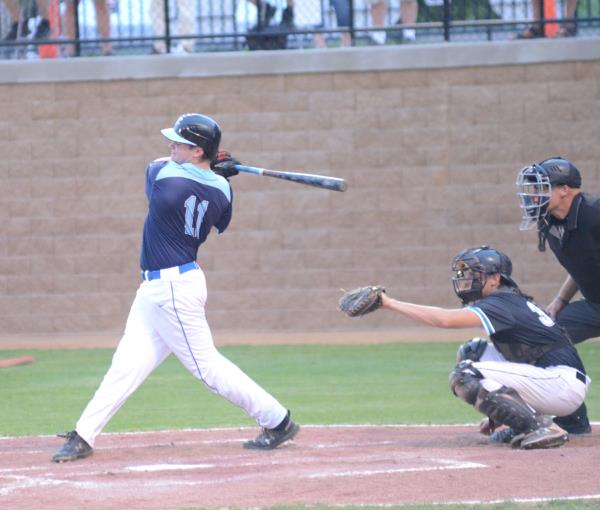 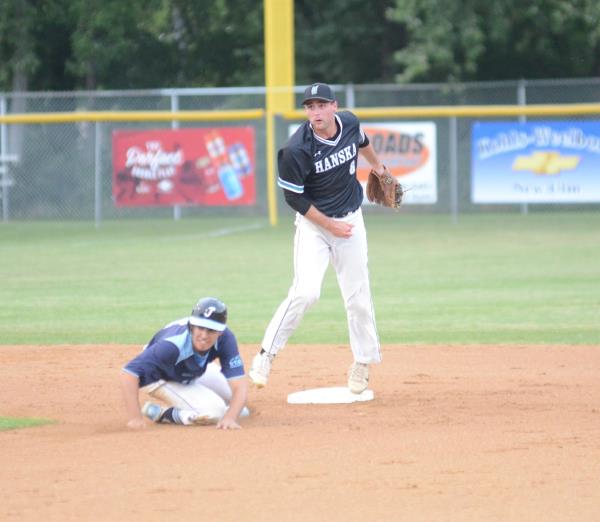 After two first round exits the last two years, the Foley Lumberjacks were on the right side of their state tournament opener in 2020.

Foley erased a six-run deficit to come back to beat the Hanska Lakers, 8-7, in 11 innings Friday in Springfield. Drew Beier was attempting to steal third base with two outs in the bottom of the 11th when an errant throw from the catcher to third went to the outfield, allowing Beier to score the game winner uncontested.

For much of the night, it appeared Hanska was the one ready to end a cold spell at the state tournament. The Lakers made their first state appearance since 2016 and were seeking their state win since moving to Class C in 2011.

Hanska got on the board first with a six-run third inning. Former University of Minnesota Golden Gopher Gabe Knowles got the scoring started with a two-run single. Zach Fischer followed with a RBI single and Chris Knowles crushed a three-run home run to left center field.

Foley was determined to scratch and claw from that point on. The Lumberjacks got on the scoreboard in the bottom of the third thanks to a two-run home run off the scoreboard by Noah Winkelman.

Chris Knowles continued his big game with a single in the top of the fifth to extend Hanska’s lead to 7-2. He had a game-high 4 RBI.

Foley loaded the bases with no outs in the bottom half, but could only manage a sacrifice fly by Beier. Mitchell Loegering added a RBI single in the sixth.

Another golden opportunity was missed by the Lumberjacks in the seventh. Again with no outs and bases loaded, a Joe Ziwicki sacrifice fly was all that came across.

The momentum was beginning to shift as sloppy defense plagued the Lakers. An error on a ground ball scored Sam Keeler to cut Foley’s deficit to 7-6 after eight innings.

Foley’s draftee from the Luxemburg Brewers, JT Harren, was effective in relief. After allowing a run in the fifth, he pitched six shutout innings and picked up the win.

Hanska had at least one runner on in the ninth, 10th and 11th innings only to come up dry.

Jevan Richert, a draftee from the Leavenworth Orioles, coaxed a double play to get out of a runners on first and second, one-out jam in the ninth. He went the longest of three Hanska pitchers, going 4 ⅔ innings with five hits and four runs (two earned) allowed in the loss.

Tyler Midas extended the game for Foley with a RBI double in the ninth to score Wyatt Ziwicki with one out. A line drive to second base resulted in a double play to end the chance at a walk-off.

The game was delayed for approximately 20 minutes due to lightning in the area.

Neither team put a runner in scoring position when play resumed in the 10th.

Hanska loaded the bases with one out in the in the 11th before striking out twice.

Drew Beier reached on a shortstop error with one out in the bottom half. The speedy Beier stole second base.

With two outs, Hanska intentionally walked Tyler Midas. Ean Wald was at the plate when Beier came around to score on the first pitch of the at-bat.

Foley advances to the round of 32 to play the New Prague Orioles 2 p.m. Sunday, Aug. 30 in Milroy.

While stealing third with two outs, Drew Beier comes around on an errant throw to score the winning run in the 11th. Foley erases a six-run deficit to beat Hanska 8-7. pic.twitter.com/DxQxe9h0c8