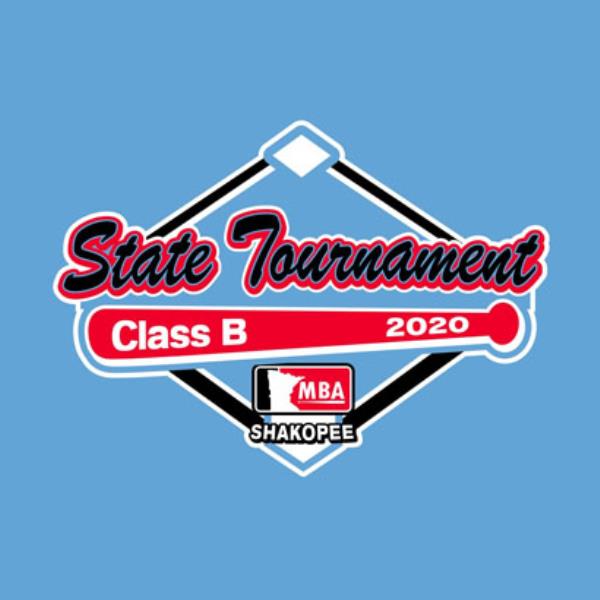 It's the most wonderful time of the year! The Class B State Tournament was in Shakopee on Saturday, and we have some in-depth game recaps from the Saturday afternoon games from Joe Schepler Field, aka "The Joe" in Shakopee.

One Big Play To Get It Done for the Knights

To start the game for the Mass, it was Carter Beck of East Grand Forks getting the ball rolling early for the squad from way up north. Beck got on base with a single, stole second, and then advanced to third very quickly on a catcher's error. Reed Hjeele then hit a sac fly to advance Beck home for the Mass to take a 1-0 lead in the top of the first.

It was the number of errors that cost East Grand Forks throughout the game, and it started in the first inning with two of their four in the game. The first man on base for Northfield was Jake Mathision, who got the Knights cooking in the first. It was back-to-back errors for the Mass, as then Thomas Meland got on first due to an error by the Mass second baseman, advancing Mathison to third. With ducks on the pond, Aldon Severson of Northfield hit, a single that scored Mathison as Meland advanced to third, making it a 1-1 tie in the bottom of the first. Tim Maus came up and scored Meland on a fielder's choice to second base, but made it to first to give another runner on base for the Knights with their first lead of the game at 2-1.

After allowing one run in the first inning, Jon Ludwig, who plays for the Mavericks during the spring, struck out the side getting started on his big strikeout day in the second inning.

The Knights got another run in the bottom 2nd when Aldon Severson singled for one of his three RBI on the day for Northfield, making it a 3-1 score in Shakopee through two innings.

After singles from Carter Beck and Reed Hjeele with two men on, Scott Mortenson drove in Beck and Hjeele to make a 3-3 score with the Mass having momentum going into the fourth inning.

Northfield got going in the 4th started by Hunter Conrad, who started the scoring run by a double down the right-field line. Jake Mathison then hit a single that scored Conrad giving the Knights a 4-3 lead. Directly after that, Thomas Meland hit a bloop single to score Mathieson, giving the Knights a 5-3 lead. The Mass of East Grand Forks then made a pitching change to try and give them a new look. With Meland on second, the singles kept coming with Aldon Severson connecting on one.

For the East Grand Forks Mass in the top of the fifth, after a wild pitch from Northfield's Jon Ludwig that advanced Carter Beck ahead two bases, it was then Clarke Peterson who hit a hard single over the shortstop's head to score Beck to make the Knights lead, 6-4.

The bats got going in the eighth for East Grand Forks when Coby Tweeten hit a 359-foot home run over the left-center field fence. That home run had the Mass knocking on the door of the Knights, making the score 6-5.

Zach Maus of Northfield then hit a three-run blast in the bottom of the eighth scoring Zach Walton and Aldon Severson making the Knights lead 9-5 going into the top of the ninth.

Jon Ludwig of Northfield (Mankato) tallied 14 strikeouts in seven innings of work for the Knights tallying well over 100 pitches and a win for the Knights, where they will play the winner of Chanhassen and St. Michael next Friday.

23 Hits Will Always Get You a Win

After the Dukes left one on in the top of the 1st inning, Chaska's Kris Goodman thought it was time to get the bats going for the Cubs and hit a double to left-center field. After a groundout by Justin Johnson, Goodman advanced to 3rd only to be brought home from a nice RBI single by Tyler Polster, making the score 1-0 for the Chaska Cubs. Chase Hentges then hit a stinger off the left-field wall to advance Polster to third. With runners in scoring position and two outs Dundas third baseman, Mike Ludwig saved some RBIs for the Cubs with a diving grab at third to keep the score at 1-0 through the first inning in Shakopee.

To start the second inning for Dundas, Cody Kashmark hit a single and then cashed in with a very tough stolen base to get himself out a near pickle. Unfortunately, the Dukes couldn't lock in any runs keeping the score 1-0 for Chaska to start the bottom of the 2nd.

Goodman, in the third inning, made a diving stop at shortstop that was just late to beating Dundas' Tyler Jones to first for a single. Jonathan Bishop of Dundas then followed up with his own single, but with two runners on with two outs, Ludwig was unable to get the Dukes their first runs of the game with a fly out to right field.

To start the fourth for the Dukes, Cody Kashmark got his bat cracking again with a double to right-center field, putting himself and Todd Mathison in scoring position for the Dukes with one out. Chaska's Polster made a nice play in foul territory, knowing exactly where the ball and fence were to grab the second out. Haydon Lenoue then put solid wood on the ball to the opposite field to get a two-run single to give Dundas their first lead of the game, 2-1. After a single by Jones in what looked like more runs for the Dukes, Chase Hentges of Chaska then made probably the best heads up play of the afternoon throwing out  Dundas base runner Nate Van Roekel at second base seconds before a Dundas base runner was crossing home plate.

At the bottom of the fifth, Chaska got some momentum, but it was short-lived. Hentges got his third single in a ball that some in the stands thought would be out of the ballpark but went off the tall center field fence, and advanced Tyler Polster to third base. With ducks on the pond, Steven Edlefsen drove one to deep left field, but Kashmark showed off his glove, jumping and grabbing it right at the fence to make the third out.

The sixth inning was an absolute beaut for the Dundas Dukes. After a Nic Zabel single, and Hayden Lanoue dropping down a beautiful sacrifice bunt for Dundas, Nate Van Roekel finally got in the hits and RBIs category in the sixth inning, driving in Zabel on a one-out double making the Dukes lead 3-1. After a pitching change for the Cubs, the Dundas Dukes were not done. A bloop single for Tyler Jones sent Van Rockel to third base, and then Jon Bishop hit an absolute stinger at the Cubs first baseman and just missed it, making the Dukes lead now 4-1. With the bases loaded, Drew Sathrum got into the action-driving in two runs to make the Dundas lead over Chaska 6-1. They were done after that, right? Nope, Kashmark got a single and scored two more Dukes to make that six runs for the Dukes in the sixth inning with 16 hits.

Chaska made a big double play in the top of the seventh, when Mac Born turned two, grabbing a liner and flipping it over to second base for the 2nd out. Although a great play, Chaska pitcher Pete Ohnsorg continued to struggle as Drew Sathrum hit a double scoring Jones and putting Ludwig on third, giving the Dukes a 9-1 lead. Ohnsorg allowed nine hits and five earned runs in just less than an inning and a half of work as he was relieved late in the seventh.

In the ninth inning the Dukes put in their final run of the afternoon. Van Roekel placed a single and advanced to second with a Rich Bordas groundout. Going 3-for-6, Bishop chipped in his second RBI of the afternoon to score Van Roekel and put the runs in double digits for the Dukes. That would be all she wrote as the Dukes prevail with a 10-1 victory over Chaska. They will get Moorhead or Prior Lake in next week's game from The Joe in Shakopee.