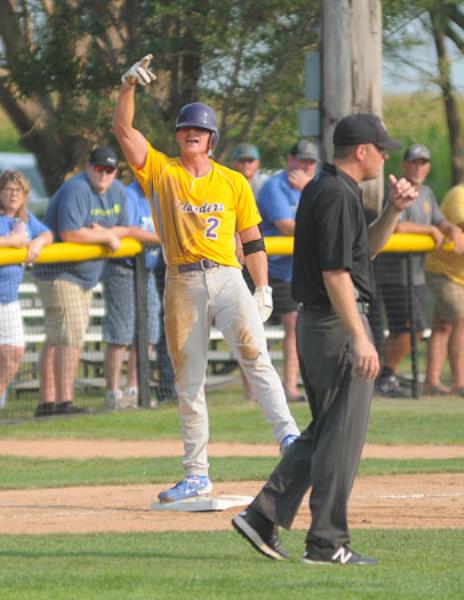 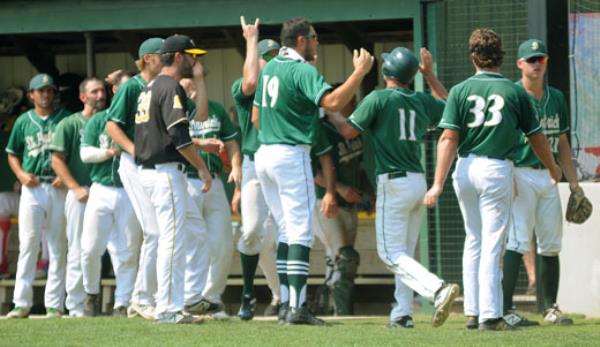 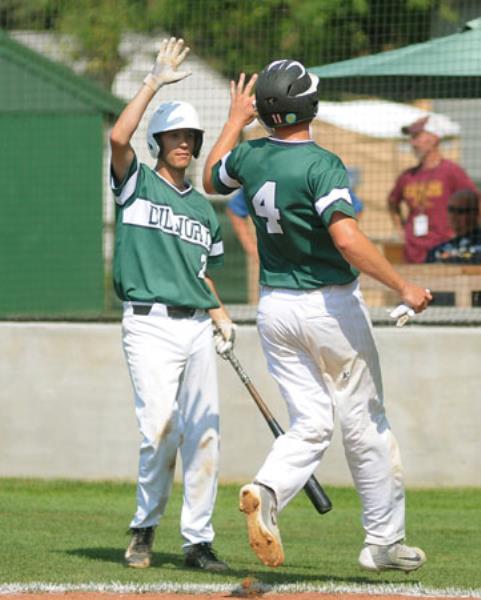 Brody Rodning has been quite the difference maker for Gaylord.

The Toronto Blue Jays left-handed pitching prospect has helped the Islanders get back to the state tournament for the first time since 2016 and he helped get them through to the second weekend after a 5-0 victory Sunday at Milroy Yankees Field over St. Martin.

Rodning threw six innings, struck out 10 and allowed just three hits. And, oh, by the way, he drove in all three runs with a triple in the second inning. Rodning finished 2-for-4 at the plate.

Josh Gason drew a one-out walk in the second and Travis Schmidt followed with a double. Collin Grams walked to load the bases and Rodning cleared them.

Another Brody picked up where Rodning left in the seventh inning. Brody Curtiss, a draftee from Belle Plaine set down all nine hitters he faced. Curtiss struck out four in relief.

Adam Winkels, a draftee from Farming, kept the Martins in the game and retired 13 straight hitters. He got a double play ball on the first pitch he threw in the third inning and recorded 14 outs after facing 13 hitters.

After Winkels left, Gaylord added another run. Rodning collected his second hit to lead off the inning, stole second and scored on Erik Goetsch’s base hit. The Islanders added another run when Kevin Durham, running for Goetsch scored on a single from McKoy Rodning to extend the lead to 5-0.

Gaylord will face Sartell Saturday at 11 a.m. in Springfield in what should be another great pitching matchup as Muskies’ ace David Deminsky is expected to start.

From the crack of the bat there wasn’t much doubt about where the ball St. Patrick’s Matt Ambroz hit would land.

The ball sailed well over the fence in left field in the bottom of the eighth with two runners on for a three-run home run to put the Irish up 5-1, which held up as the final score against Regal at Milroy Yankees Field.

Ambroz, who went 2-for-4 smashed the 1-0 delivery to break open a tight game. The game stayed 1-1 from the fourth inning until the eighth.

St. Patrick scored four runs in the eighth. Zak Endress, who had two hits, reached on a lead-off single, just the second lead-off hitter to reach in the game for the Irish. He moved to second on a sacrifice bunt and scored on an error at third to give the Irish a 2-1 lead.

It wasn’t so much a pitcher’s duel as it was a matchup of impenetrable defenses when Regal and St. Patrick met Sunday at Milroy Yankees Field.

To be sure, Irish starting pitcher Collin Denk and Eagles starter Chris Beier twirled gems, but neither proved dominating. Instead they relied on their defense to make the plays and it typically did.

Regal picked off two runners in the game, including one at second base and Blake Karsch made a sensational catch in the right center gap. Meanwhile St. Patrick kept turning double plays. The Irish turned two of them.

Denk did his part, throwing a complete game. He allowed one run on eight hits. He walked one and struck out seven, including the last batter of the game.

Beier matched Denk zero for zero most of the way in his start. He gave up five runs on nine hits in 7 2/3 innings. He walked one and struck out six.

Regal grabbed a 1-0 lead in the top of the second inning when Derek Dengerud singled in Blake Karsch, who led off the inning with a walk.

St. Patrick tied the game in the third inning when Jack Friedges singled with two out, moved to second on a stolen base and scored on a single from Kyle Rhodus. Friedges and Jordan Goracke each had two hits.

The Irish move on to play Rochester Saturday at 2 p.m. in Springfield.

Dilworth kept cranking out base hits Sunday in a 5-3 win over St. Clair at Milroy Yankees Field.

Both teams made their inaugural appearance in the state tournament but the Raildogs will get to stay for a second weekend after an 11-hit attack.

Dilworth jumped on the Wood Ducks with a double from Sterling Haphey to start the game and Matt Fiechtner followed with an RBI single.

The Raildogs added a run in the second when Josh Moser doubled to score Austin Skjefte, who singled with one out.

St. Clair cut the lead to 2-1 when Michael Anderson tripled to deep center field and scored on a throwing error.

Dilworth came right back in the bottom half by drawing back to back walks. Moser got his second hit of the game, an infield single, to load the bases for Jake Salentine, who drew a walk to score Connor Robley.

The Raildogs added a run in the fifth inning when Fiechtner hit a lead-off double for his second hit of the game. He scored on Robley’s single to make it 4-1.

Wood Ducks starter Evan Furst left the game with two runners on in the fifth inning. He allowed four runs on seven hits, walked three and struck out five.

Zach Schroeder hit a solo shot to left field in the seventh inning to extend the lead to 5-1.

St. Clair started a rally in the top of the eighth when Alex Gratz hit a lead-off single and scored on Ben Scott’s double to cut the lead to 5-2. That chased Dilworth starter Bryce Venaas.

Venaas mixed his pitches well and kept St. Clair off-balance with his offspeed pitches. Venaas went 7 1/3 innings, allowed two runs on nine hits. He walked one and struck out four.

The Wood Ducks started a ninth-inning rally after the first two hitters singled. A wild pitch put both in scoring position and a ground out scored Jesse Jennings, who came into to run for Louis Magers.

Raildogs reliever Andy Pugliano punched out Ben Hopper for the second out and fielded a comebacker on the mound and threw to first from his knees to record the final out.

The Raildogs will meet Bird Island Saturday at 8 p.m. in Milroy.