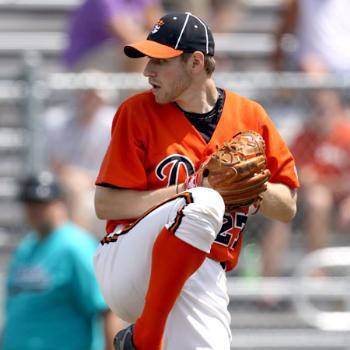 The 2012 Minnesota Baseball Association season has started off with a bang as two Classic Cannon Valley League teams have already registered a no-hitter. Last Sunday, the Red Wing Aces didn’t allow a single hit to the Hampton Cardinals in a 3-0 victory in Red Wing and on Wednesday in Dundas, the Dundas Dukes no-hit the Wanamingo Jacks 11-0 in seven innings.

In Dundas on Wednesday, Matt Neuger, Jeff Brisbois and Jeremiah Leiviska teamed up for the no-no. Neuger started and tallied 12 strikeouts with one walk in five innings. He faced the minimum (15) through the fifth. Brisbois and Leiviska each faced three batters, striking out two and three, respectively.

Red Wing’s next game is Friday, May 11 against the Minneapolis Angels in Red Wing, starting at 7:30 p.m., while Dundas returns to action against the Pine Island Pioneers on the same day and time in Dundas.