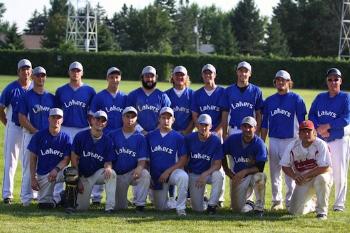 Most teams across the State are a few games into the season and college players are returning to their amateur clubs. The 2012 MBA season is just about in full swing and the Class C rankings are back, too.

Every other Friday starting today, the four-man Class C polling committee will offer its Top-10. A first place vote receives 10 points, descending down to one point for the No. 10 team. Those points are then added up to compile the overall rankings.

Here are the May 25 Class C rankings, starting with individual rankings and then the overall rankings.

Andy’s notes: “Waconia and Mankato are based on last year’s finish for now. Fort Ripley was my No. 1 team most of last season. Blue Earth is solid year after year. The winner of the Belle Plaine/Jordan match-up on May 25 will stay in my rankings. Teams that just missed the cut – Sobieski and Winsted.”

CJ’s notes: “Mankato has yet to play a game but returns nearly its entire roster from a team that finished third last year. Jordan dropped from Class B to C and has always been solid against tough competition. Waconia battled twice against 2011 Champion Isanti last year for second and is 4-2 to start the season. Blue Earth has had a solid core for years. St. Patrick made the cut by starting the season 5-1 against a few quality teams.”