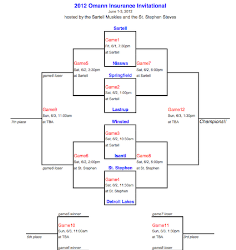 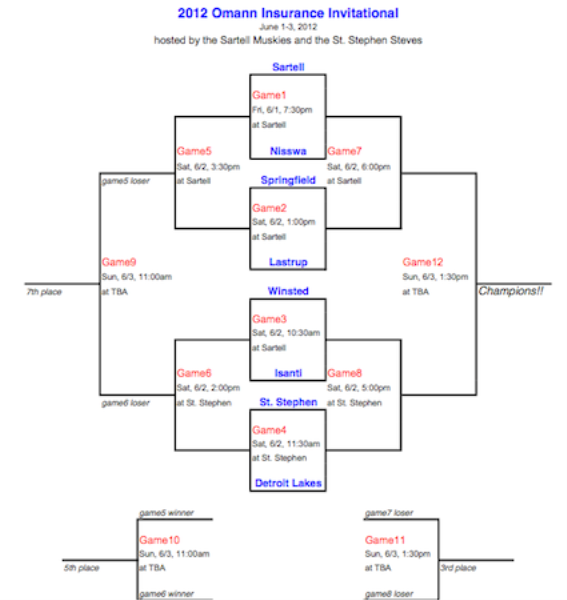 The Muskies are set to host the 6th annual Omann Insurance Invite this weekend.  The same 8 teams return from last season, which guarantees some excellent baseball.

The Isanti Redbirds finished 2nd in the 2011 Omann Insurance Invite, losing to Nisswa.  They avenged that loss in the 4th round of the state tournament on their way to winning the class 'C' state tournament.  Like Nisswa, they've also added one of the best sluggers in the state, picking up Jake Maros from Princeton.  Nisswa already has former MIAC MVP Kyle Johnson and a deep state tournament tested lineup.

Isanti will be tested in the first round by a very good Winsted team, led by former Winona State star Joe Kley.  Winsted played this tournament without Kley last year because he was busy batting cleanup in the Division II Championship tournament.  Kley was also MVP of this tournament in 2008.

Other notable sluggers in this tournament include Rick Schlieman of Lastrup, Travis Phelps of St. Stephen, and Tim Burns of the Muskies.