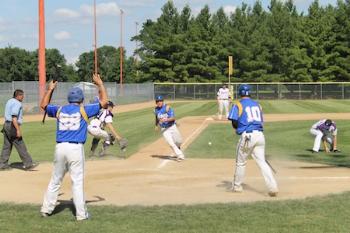 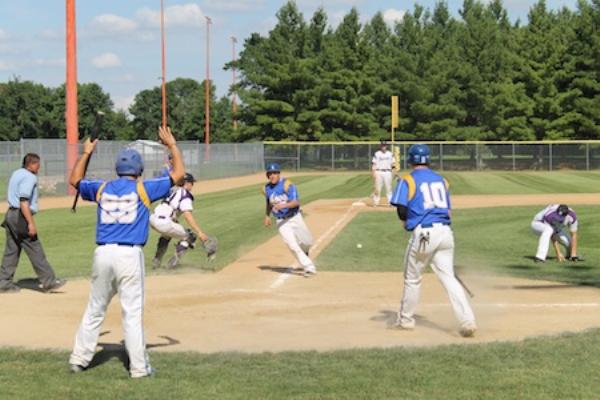 It was a perfect weekend for baseball and that coincided with a number of successful tournaments. For the second year in a row, the Blue Earth Pirates won the Hamburg/Green Isle Miller Lite Invitational with a 7-1 win over the Waconia Lakers. In Arlington and Gaylord, the Owatonna Aces claimed the title at the High Life Invite, defeating the previously unbeaten Savage Outlaws 9-7. Brandon Wolf was named tourney MVP after hitting the game-winning three-run homer in the bottom of the sixth [WATCH VIDEO]. The Minnetonka Millers were the last team standing down in Austin at the SPAMtown Challenge, topping the St. Paul Capitals 6-2. The host-Irish won the six-team Stockmen’s Irish tournament over the Rosetown A’s 3-1. Elmwood, Wis. defeated Carver, Webster and Rockford to win the Carver/Cologne Tournament. Dylan DeMotts threw a two-hitter in the Expos first game win over Carver and followed it up with a one-hitter the same day versus Webster. In the championship game, Elmwood held off a seventh-inning comeback attempt by Rockford to win 9-5. The Prior Lake Mudcats won the Howard Lake Good Neighbor Days Tournament with a 5-2 win over the Winsted Wildcats. Last but not least, the Buffalo Bulldogs claimed a 4-3 victory over the Elko Express in the Hinckley tournament.

Here are the results:

For the second year in a row, the Blue Earth Pirates came out on top in what many thought was the finest group of teams ever for the HGI Miller Lite Tourney. The Pirates defeated Waconia 7-1. Pirates first baseman, Aaron Wendt, was named tourney MVP. Earlier in the day, the Spring Hill Chargers won the consolation round with a win over the Minneapolis Angels 12-3.

Brandon Wolf (DH) from Owatonna was named the tournament MVP.  He capped off a wonderful tournament at the plate with a three-run home run in the bottom of the sixth to put the Aces up 9-7, securing the championship.

June 23-24th - Carver/Cologne Tournament:  Elmwood, WI defeated Carver, Webster and Rockford to win the Carver Cologne Tournament.  Dylan DeMotts threw a 2-hitter in the Expos first game win over Carver and followed it up with a 1-hitter the same day versus Webster.  In the Championship game, Elmwood held off a 7th inning come-back attempt by Rockford to win 9-5.

(Prior Lake advances from pool on run differential)