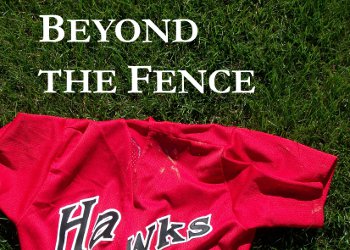 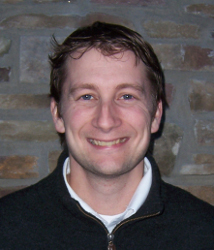 If you have never heard of Lance Chatworth or Kevin Griffin it might be time to get acquainted with them.  They are the main characters in a new book "Beyond the Fence" recently released by Aspen Creek Publishing.  The author is Josh Eidem, a 30 year old amateur baseball player and teacher on the side.

Kevin Griffin is a reluctant fill-in player for the Spring Valley Hawks who happens to be playing in the annual Plum City Memorial Weekend Baseball Tournament in 1989.  The tournament is an annual event and it seems like there is more drinking and overall socializing than baseball.  But that's the case with any amateur baseball experience.  People that don't know the commitment level of the players assume it is a "beer league" experience and tend to discount it.  The players, however, know it for what it is—a drive as urgent as any religion—to get out on the field and perform.

Griffin does well (for a rookie) and is asked to fill in again and readily agrees (even though he will miss a family wedding).  From then on, baseball is in his blood and he becomes a vital part of the Hawks team.  He continues to play until 2010, when at the age of 39, his body and family situation become too much to overcome.

The novel is a fictional narrative—not a play by play but with enough description to recognize players we have all played with.  Lance Chatworth, the Fan, tells the story in a knowing way.  He lets you know how much he loves amateur baseball, but doesn’t sugar coat the events.  From explaining that the game he’s in town for is “Not Softball but Baseball” to a local gold digger, to explaining the “rules of amateur baseball” to the rookies every year Lance is spot on.  (Rule Number Four—Town ball is a privilege and should be treated so.  You have no right to play, it’s not a rec league, it’s not old man’s basketball, and it’s not community ed.  If you’re benched, don’t have your mom call us, because if she does, she will hear things from crusty old Myron that a mother was never meant to hear.)”

Fan relates how hard it is for the players to hang it up.  Many retire, come back and retire again.  Then do the same thing all over again.  It is an easy book to relate to.

The stories in my book are fiction mixed with the truth,” said author Josh Eidem.  “It’s for players to read and think about who on their team is like these characters.  It covers what we call ‘careers’ that we don’t get paid for…who these guys are and why they do this.  It is also about the towns and communities that support the townball tradition.”

Details on the book are available at www.aspencreekpublishing.com.  The cost is $15.95 and covers free shipping in the United States.  If you are interested in town ball this is a fun read and is well worth your time.