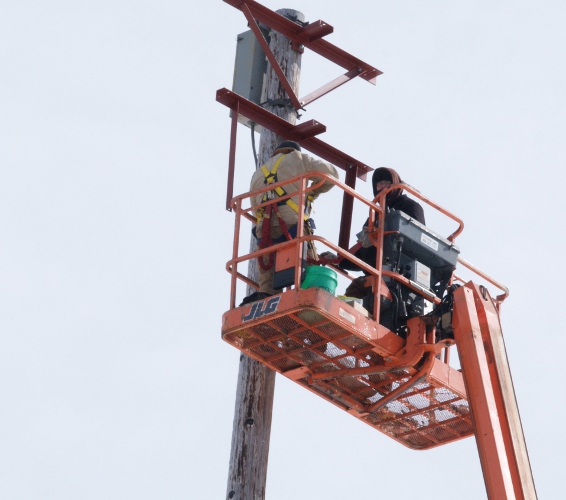 The 2011 season hasn’t even started and things are hopping in Glencoe and Brownton.   Both organizations are making big upgrades to their parks and the surrounding areas.  In Glencoe, they are changing the lights for the first time in 25 years.  Glencoe installed the lights in 1985.  They cleaned them before they hosted the 1996 State Tournament, however, the bulbs had never been replaced.  Now they are replacing the fixtures and the bulbs.  Everyone will see the light and the baseball.

Glencoe has also built a new concession stand and replaced their old scoreboard with a new one.  In addition, new fencing has been added, the entrance redesigned, the pressbox upgraded and the backstop improved.  Improvements will continue to be made until the tournament starts in August.

In Brownton, things are moving along too.  In addition to a new sprinkler system that was installed, the Barney Tadsen Field has added a number of improvements.  The grandstand has new steel siding,  improvements have been made to the pressbox, restrooms and storage sheds have been upgraded and a new coat of paint all around to spruce things up.  Fences have been added and improved and there are still things that will be done such as a new concession stand and making sure the lighting is up to State Tournament standards as the season progresses.

Brownton and Glencoe recently established a new State Tournament website at www.mnstateamateurbaseball11.com  Go there for a full story on the field improvements by Lee Ostrom of the McCloud County Chronicle.

All of these improvements don’t just happen.  There are hours of work by volunteers and professionals alike.  Teams and communities invest thousands of dollars and sweat equity into their ballparks to make them State Tournament ready.  One of the ways they recoup the money is by selling ads in the Tournament program.  In conjunction with that the Tournament committees from Brownton and Glencoe recently presented the rates for this year’s program:

If you, your team, or any business in your community wish to support the 2011 State Tournament with an ad in the program, contact either Brian O’Donnell or Greg Copas in Glencoe or Dave Wendlandt or Randy Lindeman in Brownton for more information.   Telephone numbers and emails for the tournament sites are available at  www.mnstateamateurbaseball11.com.